Leading the march were opposition lawmakers from left-wing Meretz party and from Joint List, a coalition of mainly Palestinian Israeli parties Palestinian Israelis and Jews marched arm-in-arm through central Tel Aviv on Saturday night, calling for the government to stop demolishing Arab homes built without permits that it rarely grants.

An AFP journalist said that about 1,000 protesters took part, many carrying banners in Hebrew and Arabic, reading "Jews and Arabs together". Others said the number was higher.

Leading the march were opposition lawmakers from the left-wing Meretz party and from the Joint List, a coalition of mainly Palestinian Israeli parties.

Palestinian Israelis say that Prime Minister Benjamin Netanyahu's right-wing government has cracked down on their unlicensed construction to try to placate Jewish settlers angry at a demolition order against the Amona wildcat outpost in the occupied West Bank.

Tensions flared last month when numbers of police entered the Arab village of Umm al-Heiran in southern Israel to supervise demolitions, and a policeman and his Arab alleged attacker were killed in disputed circumstances.

Police said that villager Yacoub Abu al-Qiyan, 50, was shot dead after he rammed officers with his vehicle, killing one of them.

They alleged he was active in the Israeli Islamic Movement and may have been influenced by the Islamic State group - a claim residents strongly denied, calling him a respected teacher.

"Members of our government are proud to establish alternative facts," Meretz MP Michal Rozin told the demonstrators on Saturday.

"They do this not from ignorance," she added. "They are building a narrative of fear, racism and hatred of the other in a deliberate and sinister fashion which serves their political ends."

In a December video address, Netanyahu linked the order to dismantle the Amona outpost with a fresh offensive on unapproved Arab construction in Israel.

"The law must be equitable; the same law which obliges vacating Amona also obliges removing illegal construction in other parts of our country," he said.

"Therefore I have given orders to speed up demolition of illegal construction ... in all parts of the country and we shall do that in the coming days."

Amona residents and their supporters were cleared from their West Bank hilltop on Thursday, and their homes are expected to be taken down during the coming week.

Palestinian Israelis make up almost 18 percent of the population and say the state systematically discriminates against them.

They say the Jewish state makes it impossible for them to obtain planning permission to expand their communities.

The result is that many resort to building homes without permits, leaving them liable to demolition. 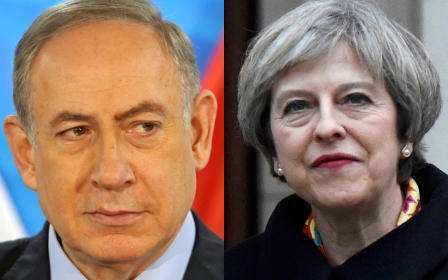