A Palestinian man was killed and at least 40 others injured on Friday during fierce clashes at the Qalandia checkpoint.

The 63-year-old, identified by the governor of Ramallah as Mohammed Mustafa Habash from Nablus, died of exposure to tear gas, according to the Palestinian Health Ministry.

Eyewitnesses told Palestinian news site Maan that they had been prevented from helping the man by Israeli soldiers, who surrounded him when he fell to the ground.

The clashes broke out at Qalandia, the main checkpoint between the West Bank and northern Jerusalem, after Israeli authorities prevented Palestinians under the age of 40 from crossing into Jersualem to pray at al-Aqsa Mosque on the last Friday of the holy fasting month of Ramadan.

A statement issued by Israeli police said that "dozens of Muslims gathered at the entrance to the Qalandia checkpoint in an attempt to cross using force."

Footage captured by Ahmed al-Bazz, a camerman with the ActiveStills photography collective, showed Israeli forces throwing aiming tear gas towards the crowd after warning that they would use force unless all men under the age of 45 left the area.

Since the start of Ramadan, only Palestinian men above the age of 45 - and women of all ages - have been allowed to cross from the West Bank to Jerusalem to attend Friday prayers at al-Aqsa Mosque.

Only a handful of Palestinians from the Gaza Strip have been allowed to enter Jerusalem. 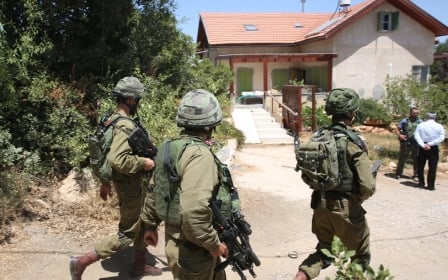 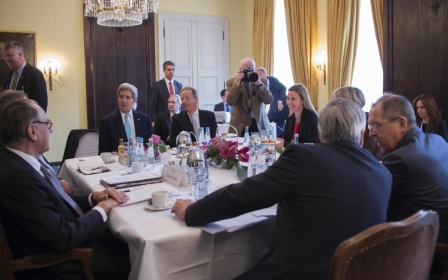