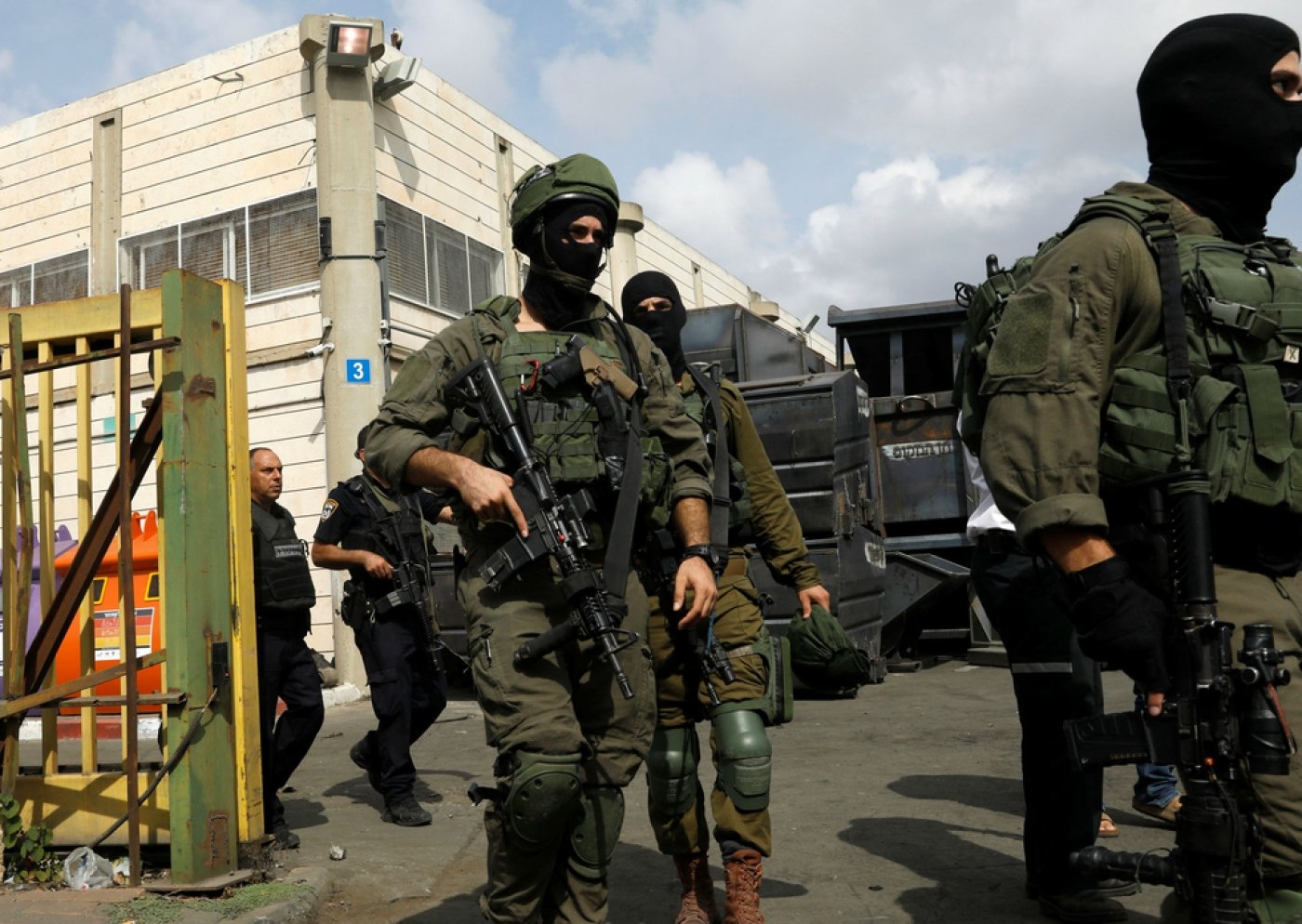 The assailant, the army said, had worked in a factory where the shooting took place (Reuters)
By
MEE and agencies

A Palestinian man shot dead two Israeli settlers and wounded a third in an industrial park next to a settlement in the occupied West Bank, the Israeli military said on Sunday.

The assailant, the army said, had worked in a factory where the shooting took place on Sunday.

Israel's national ambulance service said a man and two women were shot in the attack in the Barkan industrial area, where nearly 5,000 Palestinians are employed in Israeli-owned businesses.

A military spokesman, in a conference call with foreign journalists several hours after the incident, said the man and one of the women had died of their wounds.

The other woman shot in the incident was taken to hospital, where doctors said her injuries were not life-threatening.

Army spokesman Jonathan Conricus called it a "terrorist attack" but added that other unspecified factors were involved.

The Palestinian used a homemade gun in the attack, known locally as a Carlo, according to Conricus.

He said it appeared it was a "lone-wolf attack".

Conricus identified the assailant as a 23-year-old Palestinian from a West Bank village and said he was still at large.

Surveillance camera footage broadcast on Israeli television showed a man armed with a rifle fleeing down stairs and running away from the factory.

Barkan industrial park is next to the settlement of Barkan and was established in the early 1980s.

Speaking at the beginning of the weekly cabinet meeting, Israeli Prime Minister Benjamin Netanyahu said he was certain the perpetrator would be caught and brought to justice.

The Palestinian Islamic Jihad group called the attack a "natural response" to Israeli crimes in Gaza, Jerusalem and Khan al-Ahmar, a Bedouin village in the West Bank slated for demolition.

All settlements in the West Bank are deemed illegal under international law but Israel has approved thousands of new housing units in the Palestinian territory in recent years.

The West Bank is now home to more than 200 Israeli settlements, of which at least 125 settlements are officially recognised by the Israeli government; and another 100 of which were built without official authorisation but with government support, known as “outposts”. Between them, they now house close to 600,000 Israeli settlers.