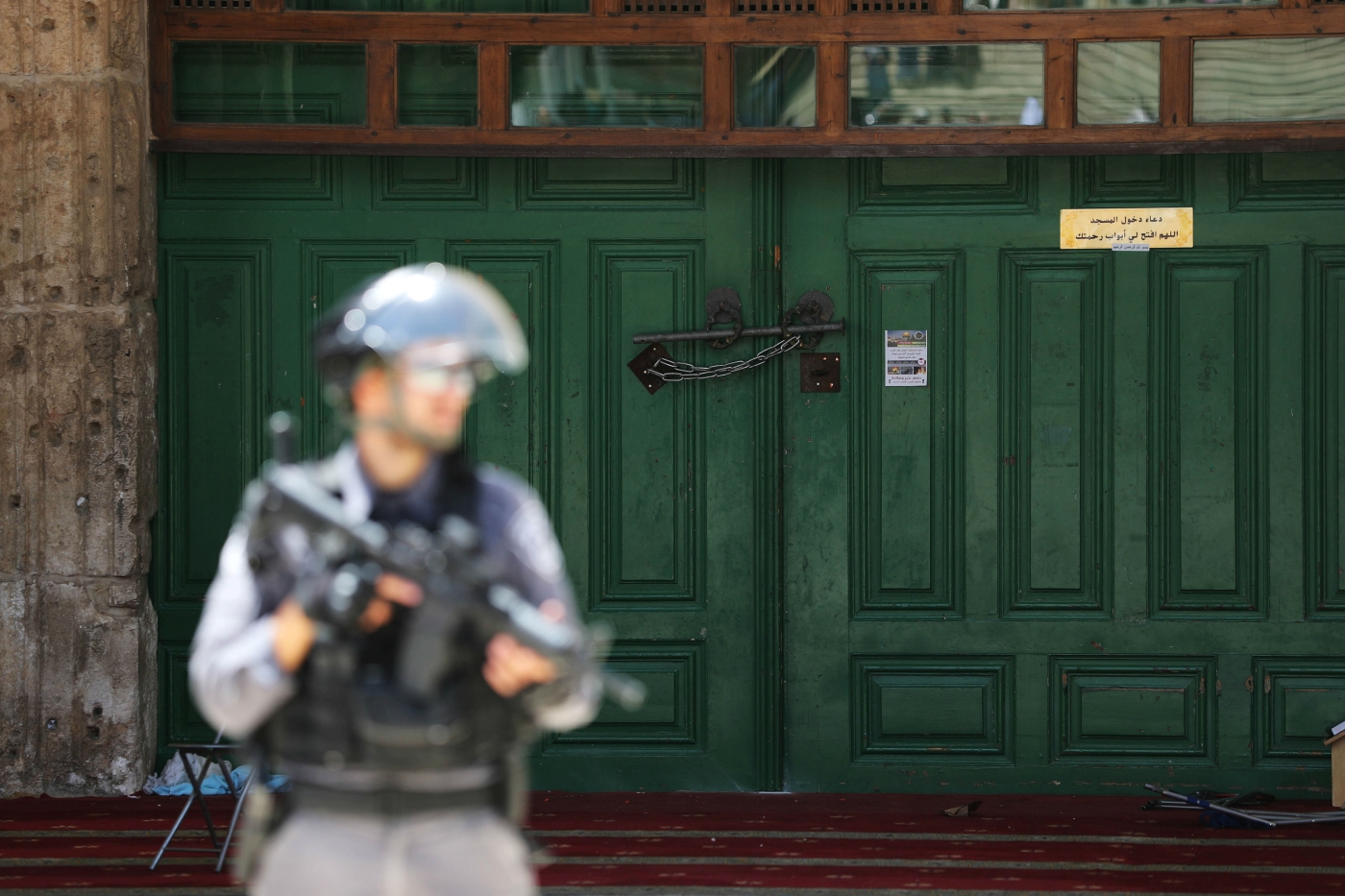 Officers have shot dead a Palestinian man who an Israeli police spokesman said had attempted to carry out a stabbing attack in Jerusalem's Old City on Saturday.

In a statement, Micky Rosenfeld said the man was armed with a knife when he approached Israeli police officers near al-Asbat Gate, which is close to the area of the Al-Aqsa mosque compound.

The statement said Israeli police had called on the person to stop before "he turned around towards them with the aim of harming them". He was then "shot and neutralised", it said.

The statement, seen by Middle East Eye, added that one woman had sustained a light injury and was transferred to hospital after being hit by shrapnel from Israeli fire.

The area around Al-Aqsa mosque has been closed off amid heightened security measures.

According to official Palestinian Authority news agency Wafa, Israeli security forces raided the home of the alleged attacker, who was identified as 33-year-old Maher Ibrahim Zaatara.

Zaatara was a father of three from the Jabal al-Mukabber neighbourhood of occupied East Jerusalem.

Officers detained his father and two of his brothers in the raid, as reported on the neighbourhood’s social media page.

Tensions have escalated in the occupied Palestinian territories since US President Donald Trump announced his controversial Israel-Palestine plan last month.

Palestinians from across the political spectrum have angrily dismissed the plan as a gift to Israel, as the plan advocates for permanent annexation of large swathes of land to Israel, including all of Jerusalem.