Palestinian teenager killed by Israeli bullet to the head in Gaza

Saif al-Din Abu Zaid, 15, was among five wounded by Israeli forces in a protest on Wednesday A Palestinian teenager died on Wednesday evening, hours after Israeli forces shot him in the head, according to Gaza's health ministry.

Saif al-Din Abu Zaid, 15, was taken to al-Shifa hospital's intensive care unit on Wednesday evening for immediate treatment. He was one of five Palestinians brought to the same hospital with varying injuries inflicted by Israeli forces during the protests, according to the ministry's spokesperson, Ashraf al-Qidra.

Zaid's death is the most recent in a long string of killings as protests in Gaza Strip against the Israeli blockade continue to come under fire. This week is the 50th consecutive week of protests along the boundary as part of the Great March of Return, which calls for Palestinians to be allowed to return to the ancestral homes they were displaced from during Israel's creation in 1948.

Since the beginning of the Great March of Return on 30 March 2018, Israeli forces have killed more than 255 Palestinians and wounded another 29,000, according to the Gaza Ministry of Health. Most deaths occurred during protests and clashes, but others have died as a result of air strikes or shelling.

Meanwhile, Israeli authorities have been slammed for restricting the granting of exit permits to Palestinians residing in Gaza, notably affecting those seeking treatment in Israel, annexed Jerusalem or the occupied West Bank. 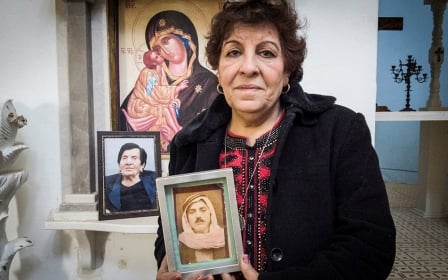 Nakba
In Palestine, even visiting a father’s grave can be a decades-long battle
Ben White