Officials have described the move as 'hostile' and a violation of international law. Palestinians ready for protests east of Gaza City on 14 May 2018, over the inauguration of the US embassy following its controversial move to Jerusalem (AFP)
By
MEE and agencies

Palestinian leaders say they will submit a complaint with the United Nations against Honduras after the Central American country announced its decision to recognise Jerusalem as Israel’s capital and open a trade office in the disputed city.

On Thursday, the Palestinian foreign ministry said it would lodge a formal complaint to Antonio Guterres, the UN’s secretary-general.

It described the move as a “direct aggression” towards the Palestinian people and a “blatant violation of international law and legitimacy”.

Earlier this week, Honduran President Juan Orlando Hernandez announced that his country would open a diplomatic office in Jerusalem and he would travel to Israel to inaugurate it over the weekend.

The office represents an extension of Honduras’s embassy in the country, but Hernandez said it was “recognition that Jerusalem is the capital of Israel”.

Honduras’s decision follows US President Donald Trump’s recognition of Jerusalem as the capital of the Jewish state in December 2017.

Both Washington and Israel have since encouraged other countries to take similar steps.

So far only Guatemala and Paraguay have transferred their embassies, and Paraguay later reversed its decision.

Most diplomatic missions in Israel have been in Tel Aviv as countries have maintained a neutral stance over the status of Jerusalem.

Israel has welcomed Honduras’s decision to open a diplomatic trade office in Jerusalem and sees it as an “important step” towards the future move of the country’s embassy to the city, the Israeli foreign ministry has said in a statement.

Hernandez’s visit will serve to strengthen economic and political ties between the two countries and increased cooperation between Honduras and Israel, the foreign ministry also said. 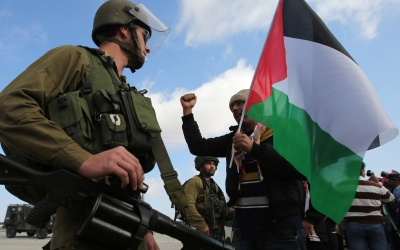 “Honduras has aligned itself with rogue states that disregard international law and willfully undermine its standing,” Hanan Ashrawi, a senior member of the Palestine Liberation Organisation, said in a statement.

“We call on all responsible international actors to condemn this irresponsible decision,” she said.

“The Palestinian leadership will reassess its relationship with Honduras,” Ashrawi added.

She described the move as “an extension of its shameful voting record at the United Nations on the Question of Palestine”.

“Nauru is violating also its obligations under international law and the UN Charter and must be held accountable for these violations,” Ashrawi said.

Israel occupied predominantly Palestinian east Jerusalem in 1967 and later annexed it in moves never recognised by the international community.

Around 200,000 Israelis now live in east Jerusalem in settlements considered illegal by much of the international community.