Around 4,000 Palestinians from 50 countries gather in Istanbul to claim an integral part in ending the Palestinian nation’s woes 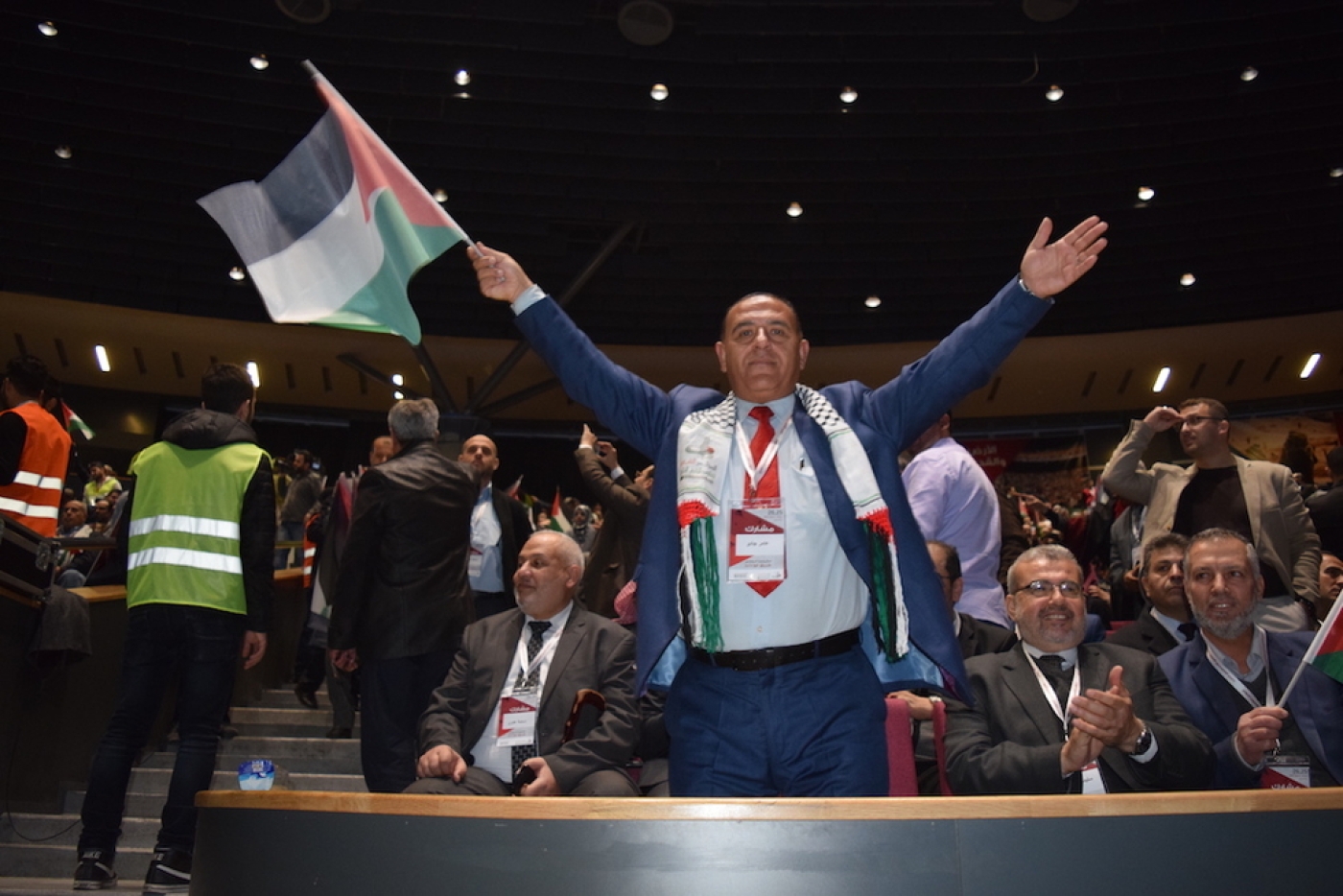 ISTANBUL, Turkey – As 4,000 Palestinians gathered in Istanbul on Saturday, their message was simple: put an end to political short-sightedness and the pursuit of personal ambitions and instead fight for Palestinian rights which are under threat like never before.

Palestinian flags were waving and the mood was largely jubilant and defiant, as patriotic songs blared into a large conference centre in Istanbul. The Palestinians, from 50 countries, are coming together for over two days to make themselves heard and to say that they are an integral part of ending the Palestinian nation’s woes.

The sight of so many ordinary Palestinians with views ranging right across the political spectrum united in their demands for their rights was pleasing to many of the attendees as they fear the worst of times with US President Donald Trump now in office.

This show of unity was, however, marred by the ever-present curse of domestic Palestinian political infighting and bickering casting a dark shadow on the conference.

Others criticised the choice of Istanbul as the location for the conference, saying that alone was enough to show that the conference was not being organised along non-factional lines.

Khalid Turaani, a spokesperson for the conference, told Middle East Eye that none of the criticism was valid.

"Single-issue leftists and Arab nationalist supporters of the Assad regime in Syria oppose this conference only because it is being held in Istanbul," said Turaani. "In response, I can only ask them to name one Arab capital that can hold such a conference at this time."

'We have to be proud of our people, and we are here raising our voice for the rights of all Palestinians,' - Hisham abu Mahfouz, head of the conference preparatory commission

He also said the PA and those who are the beneficiaries of PLO largesse are wilfully denying that the founding committee of this event asserted the desire to reinvigorate the PLO and its institutions.

Turaani said the conference for Palestinians Abroad had no official representation from any of the factions and that many attendees come from schools of thought not aligned with the two major Palestinian groups - Fatah and Hamas.

There were very few among the attendees who identified with Fatah though, even in an unofficial capacity.

"Why are there people out there opposed to the gathering of our own people? We have to be proud of our people, and we are here raising our voice for the rights of all Palestinians," said Hisham abu Mahfouz, head of the preparatory commission of the conference.

He received a huge cheer when he called on those gathered to remember that the right to return was the greatest and most basic right that Palestinians needed to defend.

Another speaker, Anees Fawzi Kassem, the head of the conference, said the Oslo Accords were the worst deal possible and had resulted in Palestinians being unable to represent Palestinians.

"We are gathered here today to demand that we the people of Palestine be given our voice back," he said.

He went on to slam the PA, saying it had sold out the Palestinian nation.

"The PA gets a helping hand from Israel, but we the people are the legitimate representatives of the Palestinian people," he said.

Spokesperson Turaani said that ending the Hamas–Fatah divide, which he called a "deep wound" in the body of the Palestinian issue was crucial to creating a framework for better cooperation among the Palestinian diaspora.

But Turaani also warned of the current threat facing Palestinians and questioned the competence of the PA in its present form.

He said even though every US administration during the past 50 to 60 years had asserted its total commitment to supporting Israel financially, militarily, politically and in every other possible form, the current time was of special concern, given that both the United States and Israel have "ultra-extreme" governments.

"It is high time that Palestinians come together to ensure that a weak donor-bondaged PA doesn't give away any more of our legal historic and moral rights in Palestine," said Turaani.

For most of the attendees, it was a festive occasion where they hoped to present a unified Palestinian voice to the world.

Rabih Azad-Ahmad had travelled from Denmark with his wife and young child.

An official at the Department of Culture and Citizens’ Services in the Danish city of Aarhus, he told MEE that it filled him with joy to see Palestinians from the world over gathered under one roof and shouting in one voice.

'This is about Palestine. I don't know about the politics and the political sides. My family and I are here to show our unity for Palestine' - Rabih Ahmed, attendee

"It is the best and only way to let the world know about our issues. I am for anything that serves the Palestinians. I would have attended this conference regardless of the city it is being held in," he said.

Amer al-Kadah, an 18-year-old student came from Saudi Arabia with his family to attend the conference. He said his family tries to attend all such conferences where the plight of the Palestinians is discussed and solutions sought.

"This is about Palestine. I don't know about the politics and the political sides. My family and I are here to show our unity for Palestine," he said.

Ghinda Shaban was part of a 250-person group that had come from the UK.

"To see such conferences on Palestine and the unity brings tears to my eyes. I have known only difficulty for our people," she said.

"My mother was eight when they left for a refugee camp in 1948. In 1993, we moved to the UK. I hope that we can become one voice and that the exile for us Palestinians ends someday," said Shaban.

She said that now with Trump in office Palestinians really needed to band together.

"It is crazy. I am very afraid. Imagine even the English people are afraid of Trump, so just think what it must be like for Palestinians."

The speeches were set to go on for most of Saturday and Sunday at the Palestinians Abroad conference. Some antagonistic, others conciliatory.

But in Turaani’s view, the conference had already created history and could be considered a major success.

"Over 4,000 Palestinians from across 50 countries have come together with the simple desire to have a place on the proverbial Palestinian National table and to have a say in how their fate and national identity is being decided."