Paraguay backtracks months after moving its Israel embassy to Jerusalem

Israeli government promptly retaliates, announcing the closure of its own embassy in the South American country 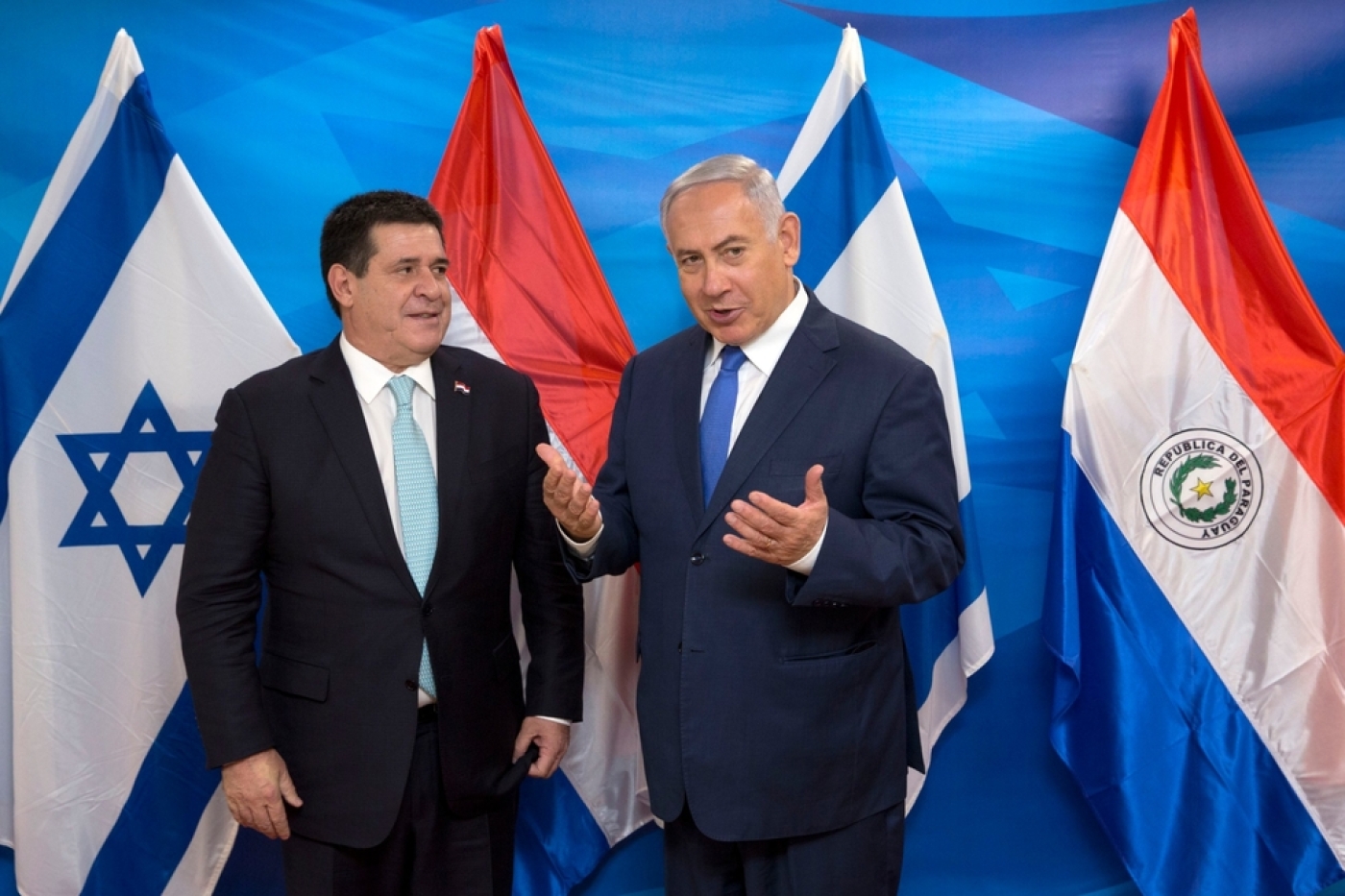 Four months after moving its embassy in Israel to Jerusalem, Paraguay announced on Wednesday that it would reverse its decision and move its diplomatic mission back to Tel Aviv.

The move comes weeks after Mario Abdo assumed office as the new president of Paraguay, replacing Horacio Cartes who had attended the inauguration ceremony for the Jerusalem embassy in May.

Although Abdo and Cartes both belong to the ruling Colorado party, the conservative political movement is deeply divided.

“Paraguay wants to contribute to an intensification of regional diplomatic efforts to achieve a broad, fair and lasting peace in the Middle East,” Foreign Minister Luis Alberto Castiglioni told reporters on Wednesday.

The Palestinian Authority hailed Paraguay's "honorable" decision, announcing that it will "immediately" open an embassy in the Paraguayan capital Asuncion.

"Minister Maliki exerted a big effort during his meeting with the new president who instructed his foreign minister to arrange the issue," the Palestinian foreign ministry said in a statement.

The Israeli government promptly responded to Paraguay on Wednesday by recalling its ambassador in Asuncion and shutting down its embassy in the South American country.

“Israel views with great severity the exceptional decision of Paraguay that will cloud relations between the two countries,” a statement by the Israeli Ministry of Foreign Affairs read.

Paraguay had been the third country after the United States and Guatemala to move its embassy in Israel from Tel Aviv to Jerusalem - a controversial move seen by critics as recognition of the holy city as the exclusive capital of Israel.

He also went on to salute Paraguay's role in helping Jews escape Nazi Germany. "We will never forget this," Netanyahu said. "It is an act of benevolence and mercy that is forever etched in our hearts."

Paraguay accepted between 15,000 and 20,000 Jewish migrants from Germany and Nazi-controlled countries in the 1930s. But it also provided refuge to fugitive Nazi war criminals for decades after the Second World War.

Palestinians and Israelis have long disputed ownership of Jerusalem, with Palestinian leadership calling for annexed East Jerusalem to become the capital of a Palestinian state as part of a two-state solution.

US President Donald Trump’s decision in December to move the US embassy to Israel from Tel Aviv to Jerusalem was highly criticised, as 128 countries voted in a non-binding UN General Assembly resolution for the United States to drop its recognition.

Israel occupied East Jerusalem in the 1967 Middle East war and annexed it in a move not recognised by the international community. 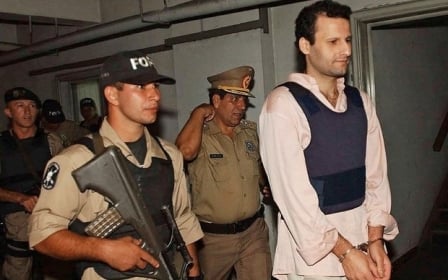