The economist's use of FBI figures were disputed, as he claims that hate crimes 'could've been much worse' after 11 September attacks 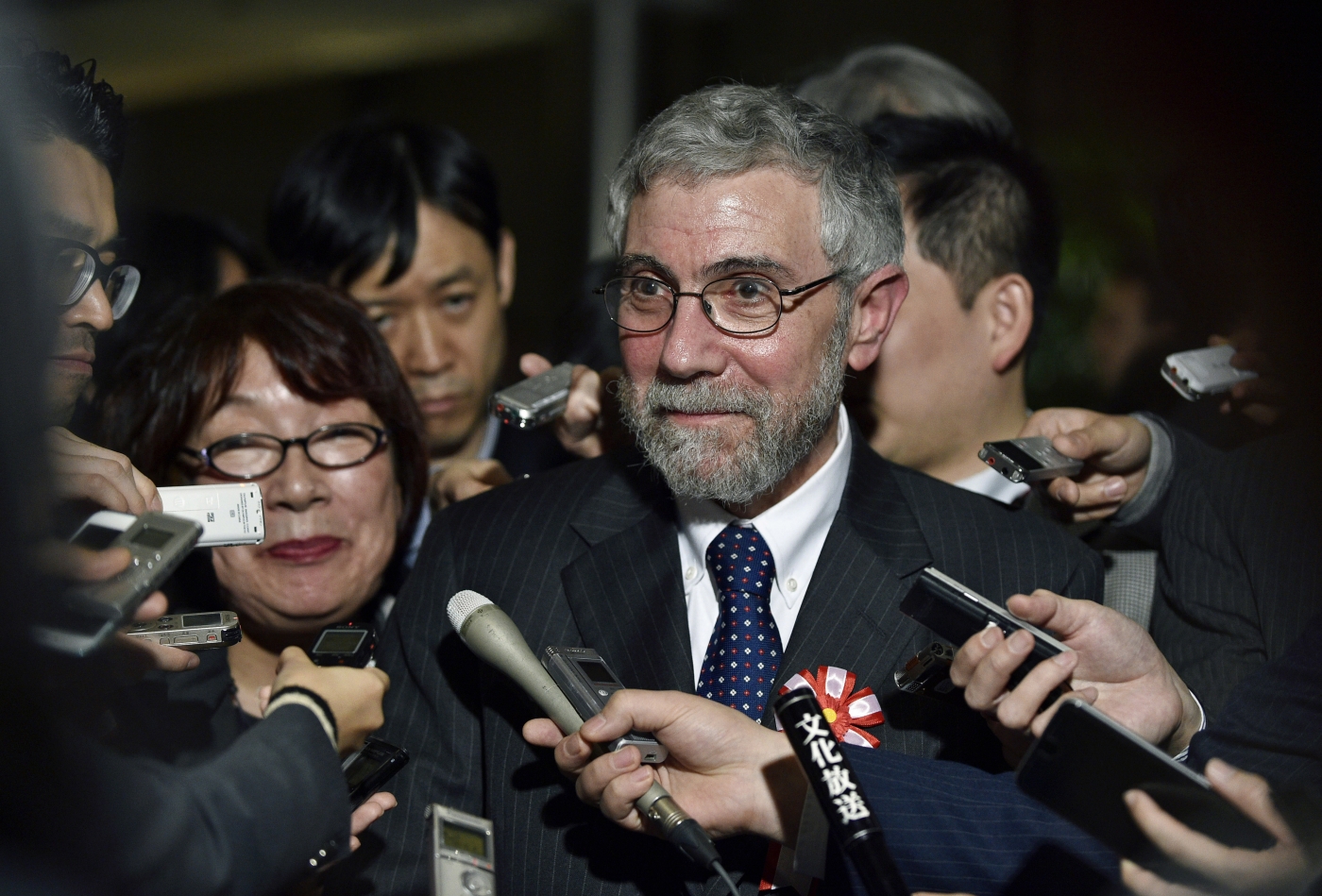 In 2008, Paul Krugman was awarded the Nobel Prize in Economics and $1.4 million for his work on international trade theory (AFP/File photo)
By
Rayhan Uddin

Nobel prize-winning economist Paul Krugman has doubled down on claims he made last week that there was not a mass outbreak of anti-Muslim sentiment or violence in the United States after the 11 September terrorist attacks.

On Friday, marking the 19th anniversary of the four coordinated attacks by al-Qaeda, in which 2,977 people were killed, Krugman tweeted: “Overall, Americans took 9/11 pretty calmly. Notably, there wasn't a mass outbreak of anti-Muslim sentiment and violence, which could all too easily have happened.”

The economist and New York Times columnist was widely criticised for his remarks, with scores of social media users refuting his claims with examples of anti-Muslim violence since the 2001 attack.

Krugman sought to address the criticism in a new Twitter thread on Sunday.

I’m going to do a delayed update on a tweet from 9/11 that sparked a lot of outrage. Before I start, however, let me give you some data from the FBI’s hate crimes database, showing victims of hate crimes by motivation in selected years. https://t.co/GQso0uaFq4 1/ pic.twitter.com/rMFNwEG6UU

The 67-year-old began by posting a graph of hate crime victims based on anti-Black, anti-Muslim sentiment and sexual orientation between 2000 and 2002, according to FBI statistics.

“I wrote that 'there wasn't a mass outbreak of anti-Muslim sentiment and violence'. I didn’t mean that there was no outbreak, but that it wasn’t as severe as one might have expected and feared. Maybe my point would have been clearer if I had provided the data above,” Krugman said.

The columnist went on to compare the early 2000s figures with hate crime violence since Donald Trump became US president, which reached an overall 16-year high in 2018.

“The post-9/11 upsurge in hate crimes against Muslims was real and unforgivable, but the horrible truth is that it didn’t loom that large compared with what Blacks face year in and year out. It could have been much worse. Imagine what would have happened if someone like Trump had been president,” Krugman stated. “I stand by my original point: the national response to 9/11 was better than one might have feared.”

Once again, Krugman faced a barrage of criticism for his latest claims.

Many were quick to point out that the graph used showed total figures, without taking into consideration the number of Muslims and the number of Black people in the US at the time of the sample size.

According to census figures, there were 34.6 million Black people in the US in 2000. Although there is no definitive data of the number of Muslims at the time, estimates put the figure at around the 3.4 million mark.

This would suggest that, per capita, Muslims in 2001 were significantly more likely to be the victims of hate crime than Black people, according to the FBI’s statistics.

Critics also argued that many Muslims did not report anti-Muslim hate crimes to authorities, and the real figure was likely to be much higher than the 481 recorded in the year of the attacks.

When loads of Muslims respond, trying to tell you that you’re off base and you still double down. 🤷‍♀️

Also - I hardly know a Muslim who’s gone to authorities to report a “hate crime.” But - ask around - and almost every Muslim I know has some iteration of a story. https://t.co/ZPSoosXqWD

Paul: The FBI hate crime data is flawed because it relies on voluntary reporting by localities, it isn’t mandatory. The true number of annual hate crimes is closer to 250,000 according to the National Crime Victimization Survey.

Try speaking to a community activist next time. https://t.co/vW3Em2KUdS

In addition, the way in which hate crimes are recorded and defined can vary between US states.

In 2015, three Muslim students were killed in Chapel Hill, North Carolina, in what was widely believed to have been an anti-Muslim hate crime. However, although the perpetrator was given three life sentences, he was not charged with a hate crime.

Aside from the sample size, Krugman’s use of data was also criticised for ignoring the significant number of Black people who are also Muslim.

“Did you know that there are Muslims who are black who experience violence that’s often omitted from stats and narratives about Islamophobic violence and surveillance and deportations/travel bans because they are black?” writer and researcher Zoe Samudzi tweeted.

Krugman was condemned for bringing hate crime against Black people into his argument at all, and for using the term “Blacks” as a noun.

We “Blacks” would very much like to be removed from this narrative, thx https://t.co/YtJWaEqvvI

Elsewhere in his latest Twitter thread, Krugman suggested that the 2003 US invasion and subsequent war in Iraq was not driven by prejudice.

“The Iraq war wasn't about mass prejudice. It was an elite project that exploited 9/11 and fear of terrorism...but I don’t think you can cite it to justify claims that the American people as a whole reacted badly,” the columnist said.

“And for the record, I stuck my neck way out at the time pointing out that we were being lied into war.”

Social media users were left wholly unconvinced by Krugman’s disassociation of the fear of terrorism with prejudice.

Polling carried out in 2003 found that seven in ten Americans believed that former Iraqi leader Saddam Hussein played a role in the 11 September attacks, despite there being no evidence to suggest that this was the case.

My man’s tweeting through it and is now arguing the Iraq war wasn’t motivated by prejudice as if the dehumanization of Arabs and “THOSE PEOPLE only understand violence” rhetoric and banking on ignorant Americans confusing al Qaeda and Iraq wasn’t part of the marketing strategy https://t.co/S0TReFhYBu

Between November 2002 and March 2003, Bush, his defense secretary Donald Rumsfeld and former vice president Dick Cheney all made statements linking Hussein to al-Qaeda.

The 9/11 Commission report published in July 2004 found no credible evidence that the former longtime Iraqi leader had assisted al-Qaeda in preparing or executing the 9/11 attacks. 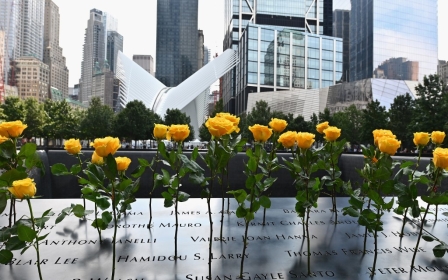 US Politics
Saudi officials must testify in 9/11 lawsuit, says US judge