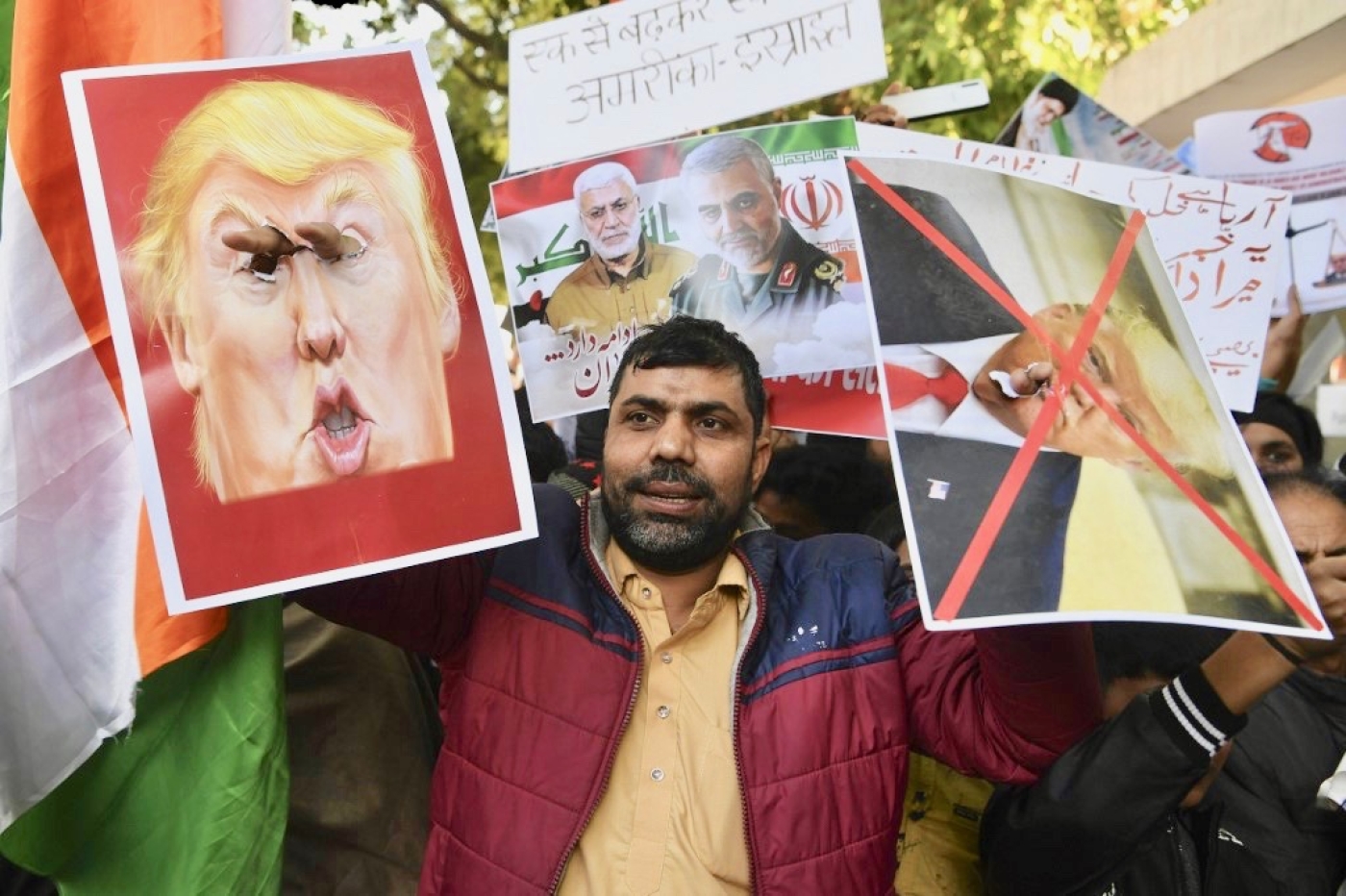 Man protests against US President Donald Trump's killing of Iranian general Qassem Soleimani in Iraq, during demonstration in New Delhi on 12 January (AFP)
By
MEE and agencies

US Defence Secretary Mark Esper on Sunday said he did not see specific evidence from intelligence officials that Iran was planning to attack four US embassies, an assertion made by President Donald Trump in justifying the killing of Iran's top general.

While Esper said he agreed with Trump that additional attacks against US embassies were likely, he said on CBS's "Face the Nation" that Trump's remarks to Fox News were not based on specific evidence on an attack on four embassies.

"What the president said was that there probably could be additional attacks against embassies. I shared that view," Esper said. "The president didn't cite a specific piece of evidence," Reuters quoted Esper as saying.

The muddled message by Esper and other administration officials only added to the public debate over the assassination of Qassem Soleimani and whether there was appropriate justification for the killing, the New York Times said. The administration has offered shifting rationales for the strike, first indicating that it was a response to an “imminent” threat and then backing away from that idea before sporadically reclaiming it.

When pressed on whether intelligence officers offered concrete evidence on that point Esper said: "I didn't see one with regards to four embassies."

Since confirming the Iranian military leader had been killed by a US air strike in Baghdad, administration officials have claimed they acted because of an imminent risk of attacks on American diplomats and service members in Iraq and throughout the region.

Democrats and a few Republicans in Congress have questioned the justification of the attacks and said they have not been given adequate, detailed briefings. 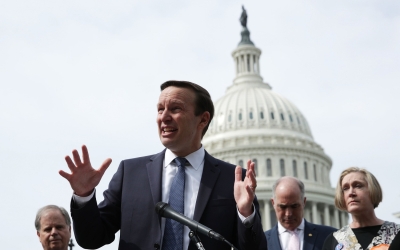 Killing Soleimani made US 'weaker' in Middle East, US senator says
Read More »

Trump said on Friday that Iran probably had targeted the US embassy in Baghdad and was aiming to attack four US embassies before Soleimani was killed by the drone strike on 3 January.

“We will tell you probably it was going to be the embassy in Baghdad,” Trump said in a clip of an interview on Fox News. “I can reveal that I believe it would have been four embassies.”

Esper said in a separate interview on CNN's "State of the Union" that the administration had "exquisite intelligence" that a broader attack against multiple embassies was likely but that could only be shared with the "Gang of Eight," a group of top congressional leaders who get briefed on sensitive information that the rest of Congress does not have access to.

"There was no discussion in the Gang of Eight briefings that these are the four embassies that are being targeted and we have exquisite intelligence that shows these are the specific targets," he said.

Republican Senator Mike Lee on Sunday said he was worried about the integrity of information the president and security briefers have provided Congress about Iran.

House Speaker Nancy Pelosi struck a similar tone, telling ABC’s “This Week” that “I don’t think the administration has been straight with the Congress of the United States” about the reasons for killing Soleimani, according to the NYT.