After repeated denials, CENTCOM says it learned that US-trained rebels did in fact give weapons to al-Nusra in exchange for safe passage 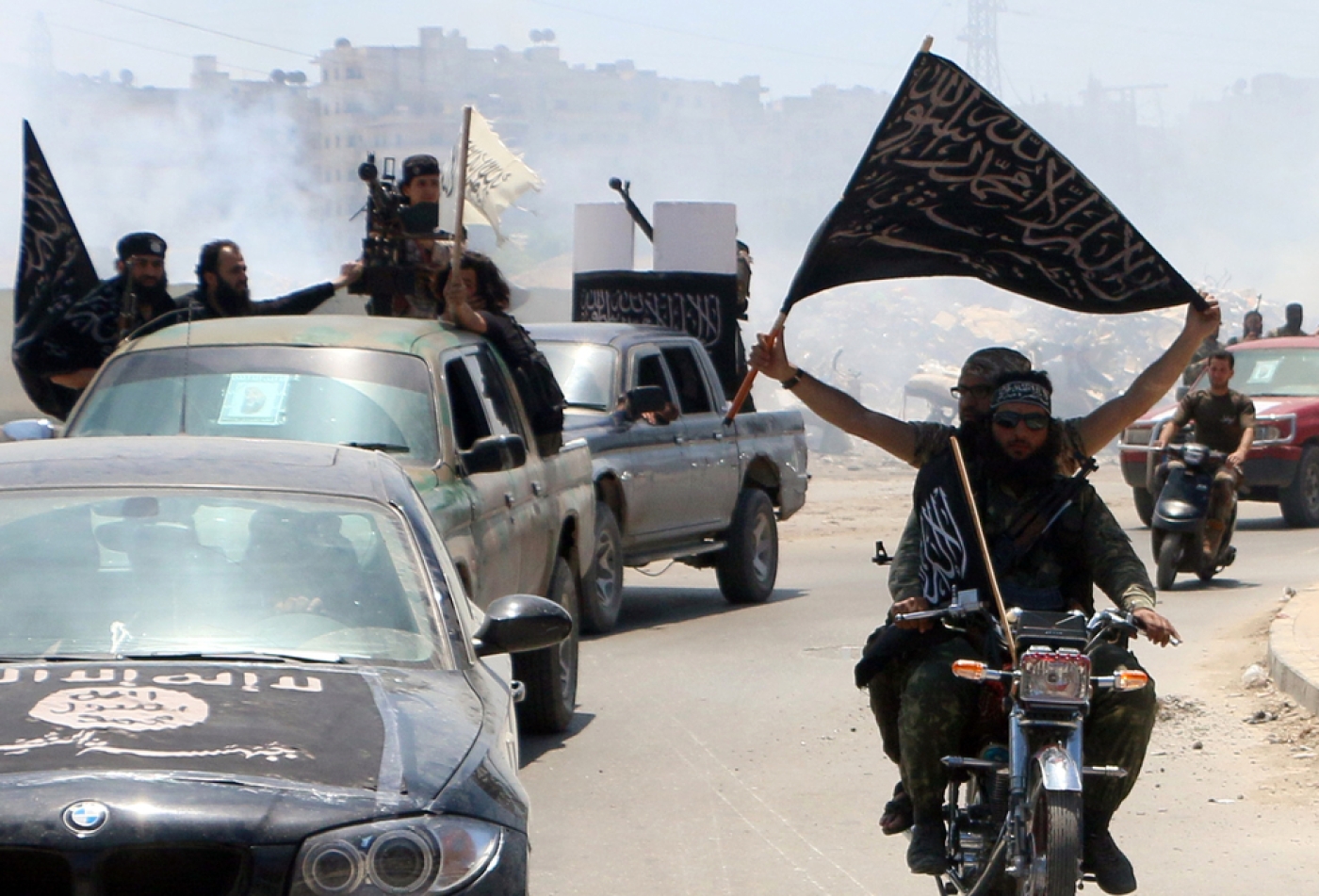 Fighters from al-Qaeda's Syrian affiliate al-Nusra Front drive in the northern Syrian city of Aleppo as they head to a frontline, on 26 May 2015 (AFP)
By
MEE and agencies

The Pentagon on Friday said a group of US-trained Syrian rebels had handed over ammunition and equipment to al-Qaeda's affiliate in the country, al-Nusra Front, purportedly in exchange for safe passage.

The startling acknowledgement contrasted with earlier Pentagon denials of reports that some fighters had either defected or handed over gear.

"Unfortunately, we learned late today that the NSF (New Syrian Forces) unit now says it did in fact provide six pickup trucks and a portion of their ammunition to a suspected al-Nusra Front (group)," Pentagon spokesman Captain Jeff Davis said.

Colonel Patrick Ryder, a spokesman for Central Command (CENTCOM), which is overseeing efforts against the Islamic State (IS) group in Iraq and Syria, said the fighters had handed over the gear in exchange for safe passage in the al-Nusra operating area.

"If accurate, the report of NSF members providing equipment to al-Nusra Front is very concerning and a violation of Syria train-and-equip programme guidelines," Ryder said.

Ryder added that the pickup vehicles and ammunition represented about 25 percent of the equipment issued to the group by the US-led coalition.

"We are using all means at our disposal to look into what exactly happened and determine the appropriate response," Ryder said.

A defence official told AFP that according to the rebels, there had not been any defections, but he stressed: "We only know what they have told us."

The initial denial had come on Wednesday, when CENTCOM issued a statement, saying: “All Coalition-issued weapons and equipment are under the positive control of NSF [New Syrian Forces] fighters.”

The development is another embarrassing setback for the US effort to "train and equip" moderate Syrian rebels to fight IS in Syria.

The $500mn programme originally aimed to ready around 5,400 vetted fighters a year for three years, but problems finding suitable candidates have seen only a fraction getting trained.

The first graduates, who made up a group of 54 fighters, were attacked by al-Nusra in July and the Pentagon isn't sure what happened to them all. At least one was killed.

The second group, consisting of about 70 rebels, were sent back to Syria last weekend and reports began circulating on Twitter soon after that they had either defected or handed over equipment.

Last week, before the insertion of the new fighters, the US general overseeing efforts against IS drew disbelief from senior lawmakers when he told them only "four or five" US-trained rebels were on the ground fighting in Syria.

And on Monday, reports surfaced that a group of US-trained rebels had been arrested by another group of Syrian rebels, the Shamiya Front (also known as the Levant Front), a mostly Islamist coalition backed by Saudi Arabia, Qatar and Turkey.

“They were investigated and then released,” Shamiya Captain Mohammad Ahmad said in a statement. “The Shamiya Front has no problem fighting alongside any group that wants to fight IS. But 30th Division [the US-trained group that was arrested] aren’t fighting IS. Their war is just in the media.”

Unwilling to commit US ground troops in the region, the Obama administration in January launched the train-and-equip mission for Syrian opposition fighters as part of a broader push to work with locals there and in Iraq.

The programme has faltered, with many would-be fighters failing the strict screening process. The troops are being trained as part of the US-led fight against IS in the region. 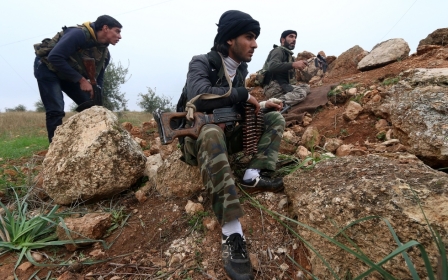