Filipino women recruited to work in UAE trafficked and sold in Syria: Report

Dozens of domestic workers were tricked or forced into travelling to Syria, where they endure physical and sexual violence and withheld wages 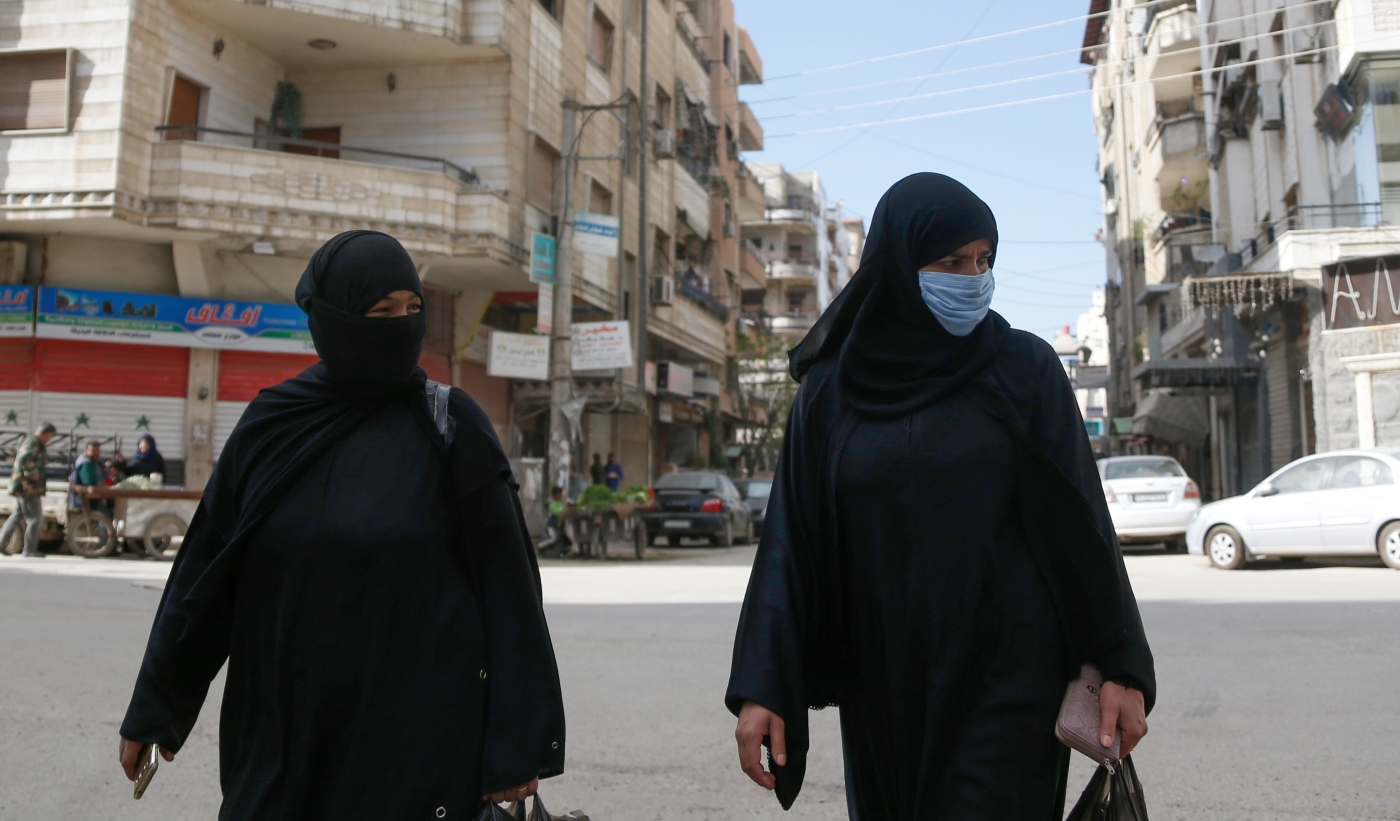 Two women, one of them wearing a face mask as a preventive measure against the coronavirus, walk down a street in the capital Damascus on 1 April, 2020 (AFP/File photo)
By
MEE staff

Dozens of women and children from the Philippines have been recruited to work in the United Arab Emirates only to be forcefully trafficked to Syria to work as domestic workers, the Washington Post reported.

About 35 women have sought refuge in the Philippine's embassy in Damascus after allegedly enduring physical and sexual abuse while working for affluent Syrian families, the newspaper reported. The women now await repatriation, a process that could take years.

After speaking to 17 Filipino women and children - some said to be as young as 12 - the Post reported that the victims were denied payment for the work they were forced into.

Flordeliza Arejola, a 32-year-old currently at the Philippine's embassy, told the Post that she was brought to Syria in 2018.

'They got angry with me and said, 'If you don’t go, we’ll kill you'

"My employer slapped me and put my head into the wall. I escaped because he did not give me a salary for nine months," Arejola said.

"I waited until he was asleep and climbed over the wall. I had some money for a taxi [to the embassy]," she continued.

The women told the Post that they arrived in Syria after first being brought to the UAE on 30-day tourist visas by recruitment agencies.

Upon arrival in the UAE, the women said they were kept in cramped, dirty living quarters - a practice well documented in the Gulf and other regions.

They said they were told that they could go to "conflict-free" areas of Syria where they would work for rich families in better conditions. They told the Post that refusal often led to physical abuse and threats.

Josephine Tawaging, a 33-year-old still trapped in Syria, said she was locked in a dark room after arriving in Dubai and told she was being taken to Damascus despite her protests.

"They got angry with me and said, 'If you don't go, we'll kill you', " she said in an interview with the newspaper, recounting the 2019 ordeal.

Another woman, a 48-year-old grandmother who spoke on the condition of anonymity, told the Post that she "felt like a prostitute" after arriving in Syria "because we all stand in a line, and the employers choose who they want".

The wealthy Syrians were willing to pay between $8,000-$10,000 to take one victim home, according to several of the women.

The women said that those who were not chosen quickly were subjected to increasing violence by the Syrian middlemen.

"I was told to be good, so I won't get raped and hurt. I stayed quiet and just said yes," said Joymalyn Dy, 26. The agency boss "wanted to sleep beside me and touch me. Luckily, the next day, my employer took me," Dy continued.

Four of the women identified one of the broker agencies in Damascus that held the human trafficking markets as Nobalaa Alsham.

Contacted by WhatsApp, a lawyer for that company, Ramdan Mohammad, told the Post that the women's accounts were "absolutely incorrect".

He said the women "consent to come to work in Syria and that is [confirmed] by video with their voice and pictures by the sending office before they travel, and we do our part to secure sponsors, homes and people who treat them very well and humanely".

Mohammad also said that the brokers check in on the women periodically to make sure they receive their full wages and to ask about their access to a way to communicate with their families back home.

But the women tell a far different story, saying once they were sold, the violence often continued or escalated.

Geraldine Pahigon, 30, said she was repeatedly assaulted by her "employer". "I was slapped, kicked and bitten many times," she said. "I endured this for four months."

In addition to the physical and sexual attacks, the women said they were not paid the wages they were promised for their work, which often included 18 hours a day, seven days a week.

Pahigon said she was promised about $500 a month, but never received it.

After arriving at the Philippines embassy in Damascus, some of the women described continued abuse, telling the Post they were punished for infractions, withheld meals and were being kept in cold and crowded dormitories that are locked at night. They also said staff had confiscated their phones. "For almost five months, we couldn't communicate with our families because our phones were taken by the ambassador," said a 48-year-old woman seeking refuge at the embassy. "It's like being in prison."

The Philippine department of foreign affairs told the Post that it had launched an "investigation into allegations of poor treatment while under temporary shelter and recommend the necessary actions accordingly".

The department said it "has actively taken measures to ensure the safety and well-being of Filipino victims of trafficking" in Syria and has been trying to secure exit visas for the women.

Part of that process includes paying any outstanding fees and fines imposed by the Syrian government.

Since December, when the Post contacted the department for comment, Philippine officials said they had begun repatriating some of the women.

But some women said they had been kept at the embassy for as long as two years because they were unable to obtain Syrian exit visas and money for flights home. The women said embassy officials have often tried to pressure the women into returning to the homes of Syrian employers.

"I want to die," Juvie Balondo, a 27-year old who has been staying at the embassy for a year, told the Post. "We are all so stressed." 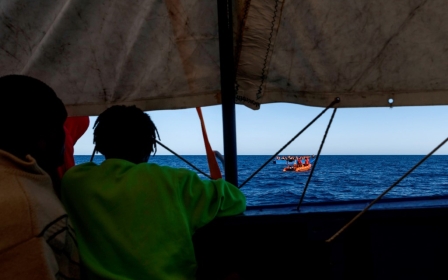