Construction of the palace, equipped with two helipads, comes as PA finds itself in financial difficulties 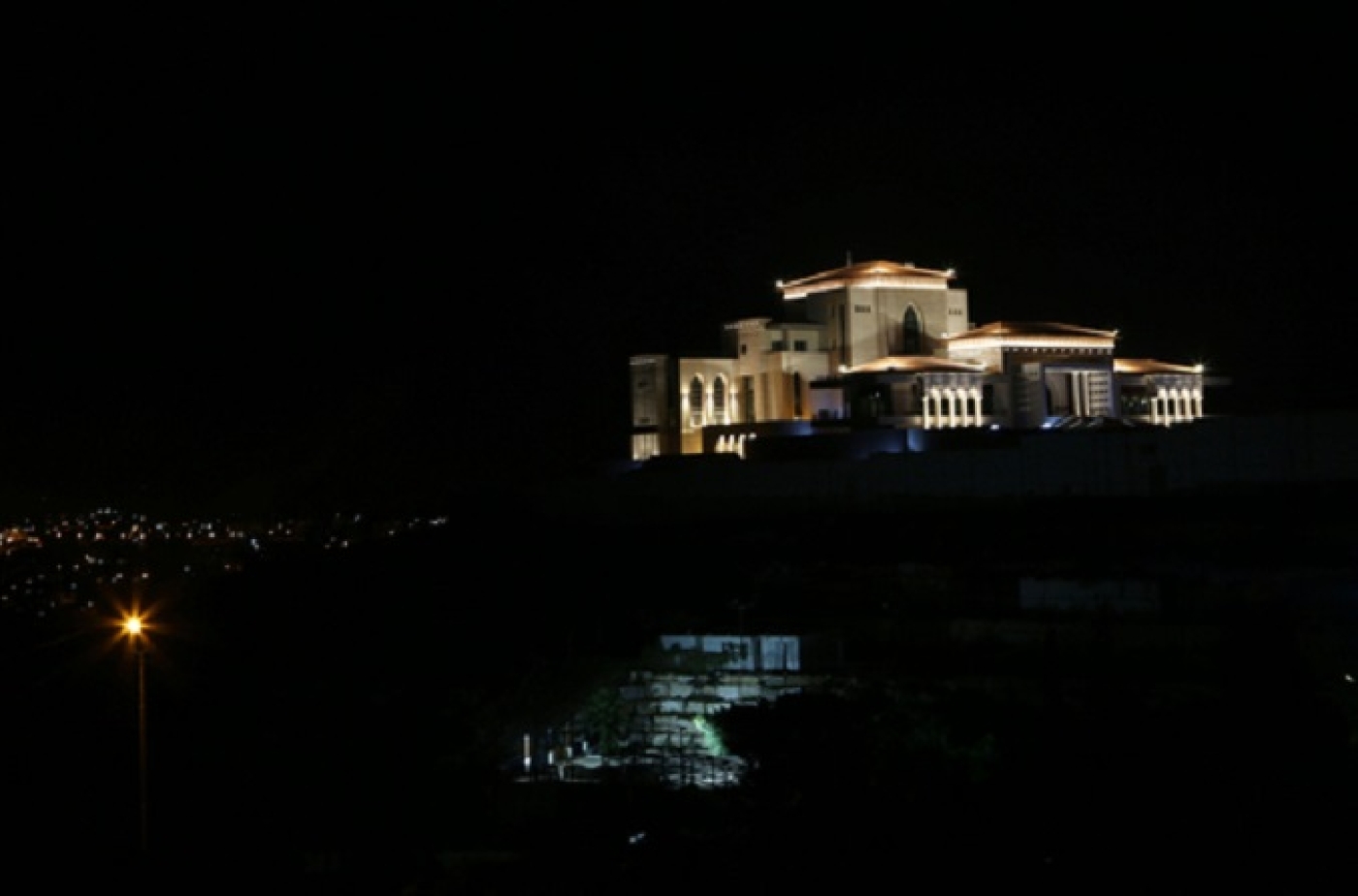 Reportedly scheduled to take two years to finish, the palace's construction, including two helipads, guest quarters and administrative offices over more than six acres of land, comes just months after the PA was forced to pass an emergency budget when billions in pledged international aid failed to come through.

Up to $127mn in Palestinian tax revenues where held by the Israeli goverment which released them in April. Most of the returned money was reportedly directed towards paying the salaries of Palestinian governmental employees.

Critics have also pointed to the estimated 28 percent of the Palestinian budget that was spent in the past year on security forces, including an estimated 70,000 employees who work in six different security agencies, while health and education ministries received less funding.

The latest figures from the Palestinian Central Bureau of Statistics show that 12.9 percent of Palestinians live under the poverty line.

The palace project, according to the Palestinian Economic Council for Development and Reconstruction, will be entirely funded by the Palestinian Ministry of Finance and has been defended by Palestinian officials.

“This palace is not for Abbas personally, it’s an official Palestinian institution," Haitham Daraghmeh, the general director of planning and political studies in the Legislative Council, told Middle East Eye. "The existence of such a palace is legal in all countries of the world. It may be postponed due to the economic crisis we are living, but we should not dispense with it.”

Currently, Abbas uses Al Mokata, the presidential and administrative headquarters in Ramallah, to welcome guests and hold events. Located near residential buildings, the location has posed a burden on locals, Daraghmeh suggested.

“Having a guest palace in an area that is not as busy and heavily populated as the current place of Al Mokata is a solution," he said. “We as Palestinians seek to establish a state that includes official institutions similar to other countries. Being under occupation does not justify the neglect of the pillars of the state and its requirements, and to welcome guests in an inappropriate manner."

Meanwhile, questions remain among locals, none of whom agreed to be quoted for this article, about the timing of the project and the PA's spending priorities.

Elia Ghorbiah contributed to this piece.