In pictures: Defiance on show in Gaza at pro-Hamas rallies Hundreds of Palestinians poured onto the streets of Gaza City on Thursday to attend a Hamas rally, chanting support for resistance against Israel.

Loudspeakers mounted by the roadside blared out Hamas victory songs as the crowd - most of them men but with some children dressed in combat fatigues and carrying toy guns - gathered in the square outside the Parliament building.

A huge Palestinian flag hung behind a podium where speakers whipped up the crowd with chants of victory on the eve of the scheduled expiry of a 72-hour truce with Israel.

“We have won the military battle and with the permission of God we’ll win the political battle,” Hamas MP Mushir al-Masri told the crowd.

Four weeks of fighting between the armed Islamist faction and Israel killed 67 people on the Israeli side, including 64 soldiers, and more than 1,880 Palestinians, of whom the UN says more than 1,300 were civilians.

One of the few women at the rally told AFP her home had been destroyed in the Israeli bombardment.

“I have come here today to tell the whole world we are with the resistance. We have only two options: dignity or death, so we chose dignity,” she said, refusing to give her name and wearing a headscarf and a long dress.

Diplomatic efforts entered a final countdown in Cairo today as Egyptian mediators rushed to broker an extension to the ceasefire which is due to expire at 0500 GMT tomorrow, shuttling between Israeli and Palestinian teams.

An Israeli official has said Israel would be prepared to prolong the ceasefire “unconditionally”, but Hamas has denied that any agreement to extend the calm exists. 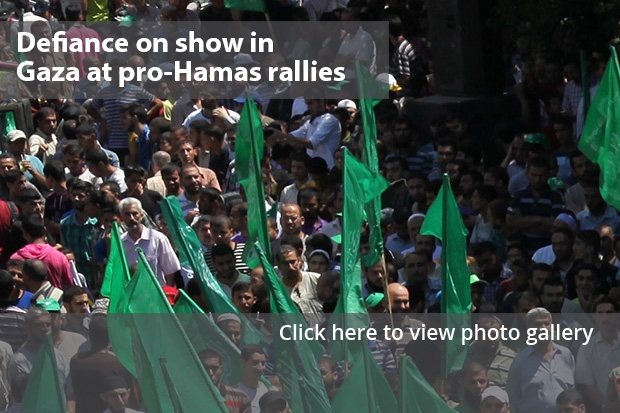 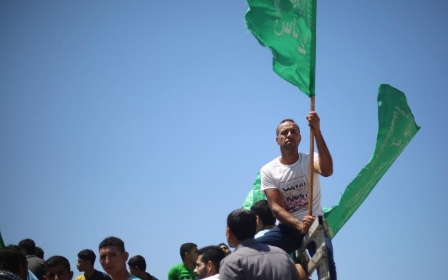