Kurdish group says attack in Cizre, which killed 11, came in retaliation for the 'continued isolation' of its jailed founder Abdullah Ocalan 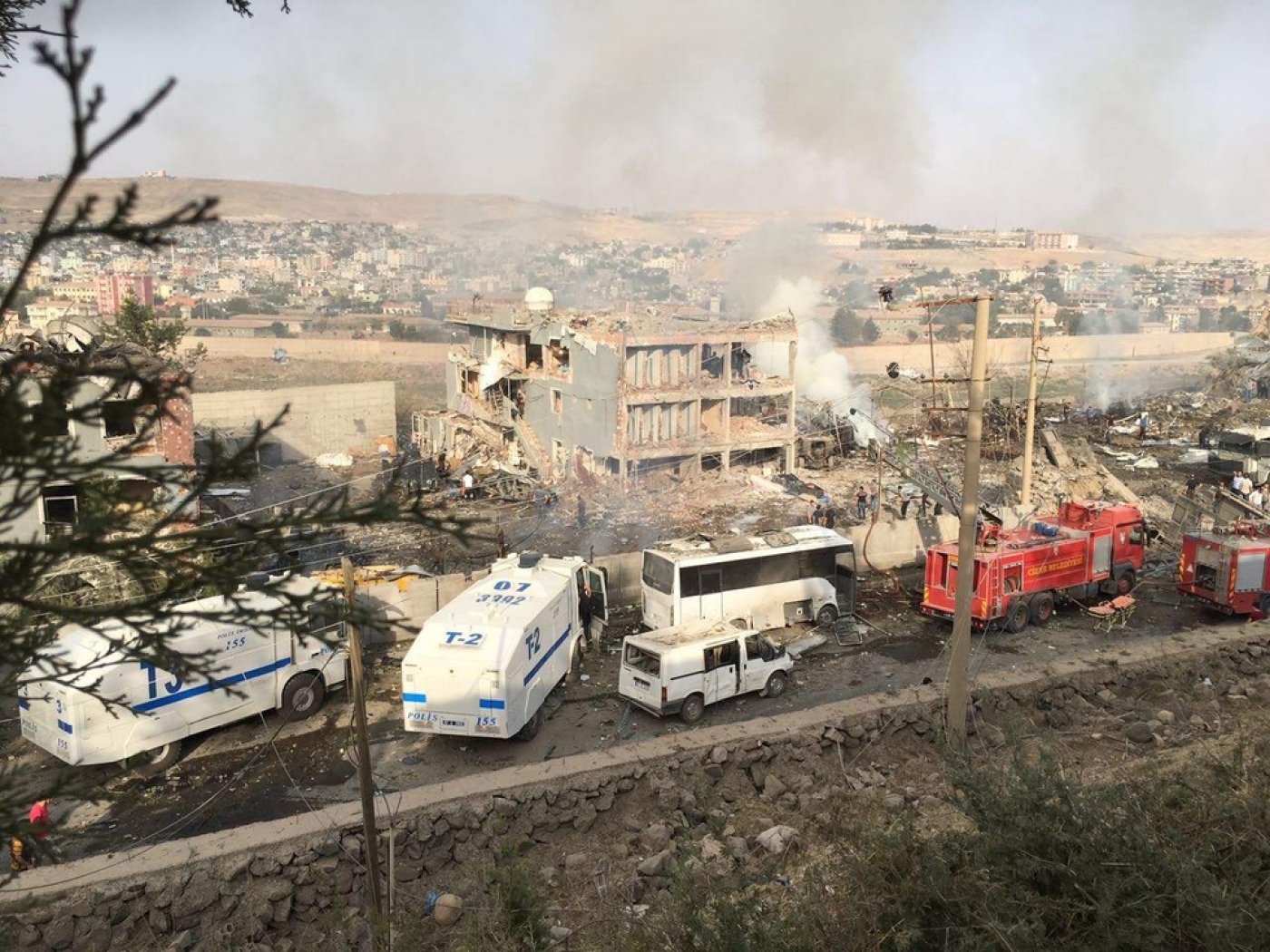 The Kurdish PKK on Friday claimed a deadly suicide bomb attack on Turkish police in the southeastern town of Cizre that killed at least 11 officers and wounded dozens more.

"Our sacrifice team staged a comprehensive action in Cizre that left dozens of police dead," said the PKK, which is known for exaggerating tolls.

In the statement on its website it said the attack was retaliation for the "continued isolation" of its jailed leader Abdullah Ocalan and the "lack of information" about his welfare.

Ocalan is held on the prison island of Imrali off Istanbul but has not been allowed visits by lawyers or supporters for over a year.

The PKK also said it was behind an attack on Thursday in the northeastern province of Artvin on a convoy carrying the leader of the main opposition Republican People's Party (CHP) Kemal Kilicdaroglu.

The PKK denied targeting the politician, saying it had "no advance information" he was in the convoy.

One gendarme was killed in the attack.

The attack was presented by some politicians as an assassination attempt against Kilicdaroglu and an attack on democracy in Turkey. Kilicdaroglu was unharmed and on Friday attended the funeral of the dead gendarme.

But the PKK said the "CHP and Kilicdaroglu were not targeted in any way," adding that its only targets were the Turkish security forces.

Turkish Prime Minister Binali Yildirim said in a press conference that the PKK would be punished for the Cizre attack.

"We will give those vile [attackers] the answer they deserve," he told the news conference in Istanbul. "No terrorist organisation can hold Turkey captive."

"Our people should understand and know that we have waged a collective war on terrorist groups."

Cizre is on the border between Turkey and Syria, where Turkish soldiers have clashed with Kurdish fighters since crossing the border to also confront the Islamic State (IS) group earlier this week.

The attack follows an attack last week on a police headquarters in the eastern city of Elazig, also blamed on the PKK, which killed at least six people and injured 140 others.

Cizre was besieged by Turkish security forces earlier this year after Kurdish militants mostly affiliated with the Patriotic Revolutionary Youth Movement (YDG-H) - often referred to as the "youth wing" of the PKK - declared autonomy and began erecting roadblocks and digging trenches.

Most of the town's 120,000 residents subsequently fled, but Kurdish activists said that some civilians trapped in besieged neighbourhoods had been killed in heavy fighting during which many buildings were reduced to rubble.

Hundreds of members of the Turkish security services have been killed in attacks since the collapse of a two-year ceasefire between the PKK and the Turkish state in July last year.