Pope Francis has urged all sides in Yemen's civil war to ensure food reaches Yemenis suffering from chronic malnutrition, ahead of a historic visit to the Arabian peninsula.

Speaking at his weekly Sunday address in St Peter's Square, Francis said the Yemen situation was worrying him and urged both parties in the civil war to respect international agreements.

"The population is exhausted by the long conflict and many, many, children are suffering from hunger, but they are not able to get to food deposits," Francis told his congregation.

"The cry of these children and their parents rises up to God," he told tens of thousands of people in the square.

"I appeal to all sides involved and to the international community to urgently press for respect of the agreements that have been reached, to guarantee the distribution of food, and work for the good of the population.

"There are children who are hungry, they are thirsty, they don't have medicine," he added.

Francis, who will make his first stop in Abu Dhabi later on Sunday, is the first Roman Catholic leader to visit the Arabian peninsula.

The pope is travelling to the capital of the UAE to participate in a conference on inter-religious dialogue sponsored by the Emirates-based Muslim Council of Elders.

The pope said that his trip would be aimed at writing a "page of dialogue" and "to travel paths of peace together".

The UAE has played a leading role in the Saudi-led coalition waging a nearly four-year war against the Houthi movement in Yemen in a conflict that has pushed the most impoverished country on the peninsula to the brink of famine.

Francis is expected to deliver mass to 135,000 worshippers at the Zayed Sports City Stadium in Abu Dhabi.

During his three-day trip, the pope is expected to meet with various figures, including Grand Imam Sheikh Ahmed al Tayyib, head of the Al-Azhar University in Egypt.

Approximately four million Christians live in the Gulf and comprise mainly economic migrants who have come to work in the region. 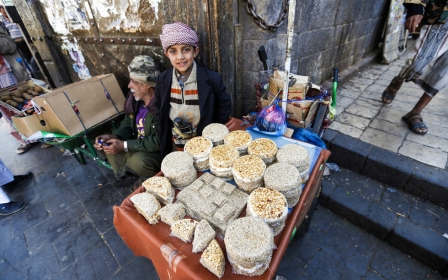 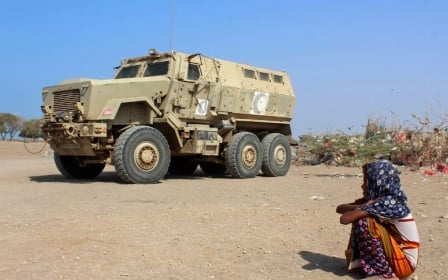