Poverty in Iraq grows as budgets squeezed by war with IS

More shanty towns are appearing across Baghdad, adding a wave of refugees to those already living in dire poverty 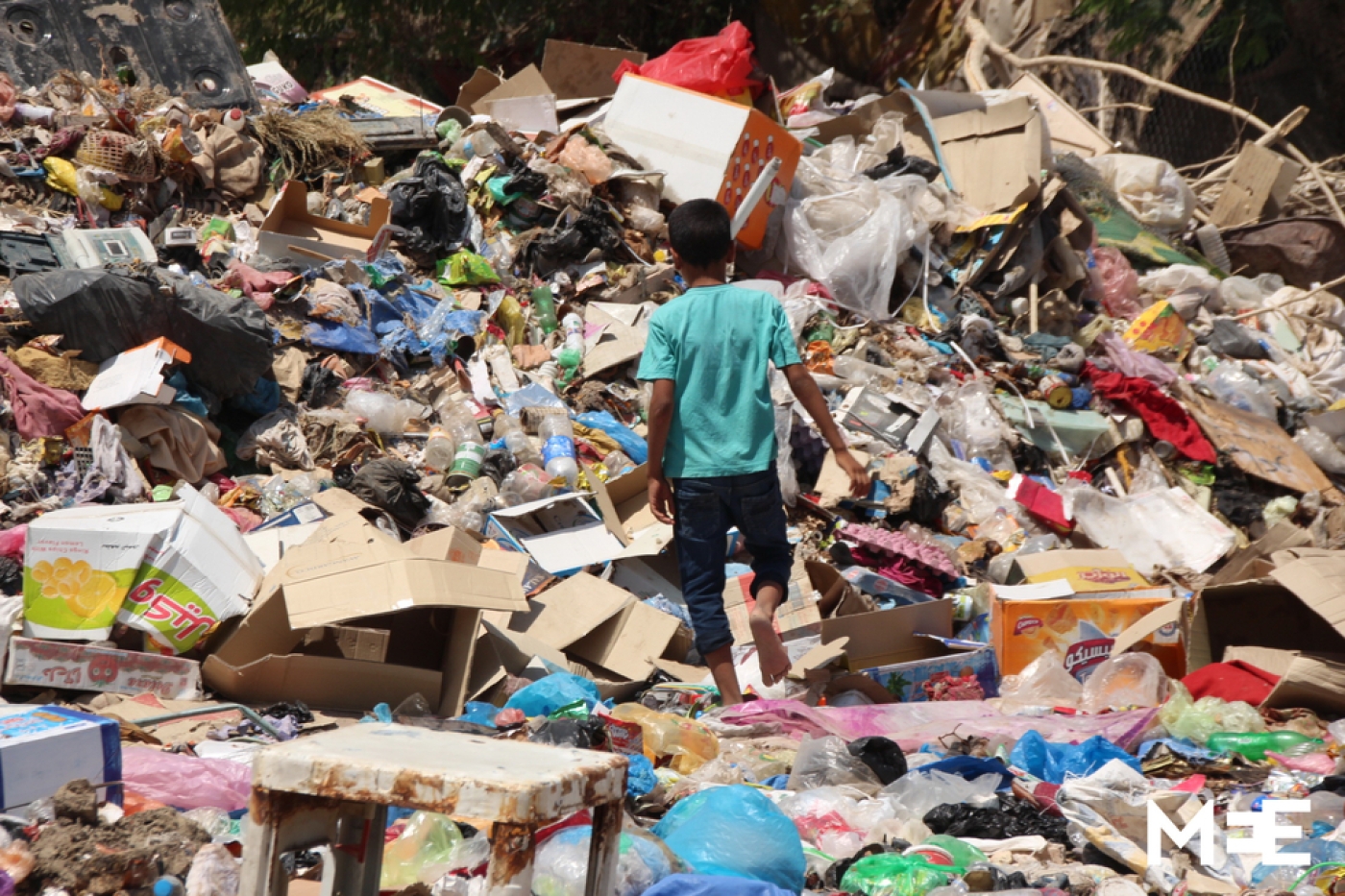 BAGHDAD – Four-year-old Saja and three-year-old Huda were playing in their front yard. In one of the capital’s random residential compounds that have spread significantly in the past few years, the two barefoot girls, wearing dusty, threadbare clothes, ran around heaps of waste and debris and down an uneven mud road, covered with coarse gravel and glass shards.

Just a few miles away is Baghdad’s fancy al-Mansour neighbourhood, the country's largest mall, with expensive international clothing stores and high-end restaurants in which a meal for a couple will cost no less than $300.

"It’s a free place,” said Adnan, Saja's father, of their home in the al-Wishash area in the city's north. Adnan found metallic sheets in a dump and used them, along with bed sheets, to build three rooms off the side of an old Ba’ath Party government building.

“We have been living here since 2006 when we were displaced and forced to leave our homes, stores and everything that we ever owned.”

Alongside 14 family members, including two stepmothers and two sister-in-laws, Saja and her sister live in the shaky three-room house built of bricks and tin plates. The house is surrounded by mountains of garbage.

Some of the neighbouring homes are built from discarded refrigerators and auto parts, with holes open to the outside patched up with rags. Other homes are built of a mix of second-hand bricks and discarded materials.

The 16-member family is one of 307 families living in this random complex which is not supplied by the national power grid, water or any other basic services. In Baghdad, there are more than 249 similar complexes, according to the Baghdad's provincial council, each one hosting anywhere between 2,000 and 17,500 squatters, most of whom have few if any financial resources to live in decent houses with basic services.

The prevalence of squatters’ compounds across the country significantly increased in 2006-2007 when the sectarian slaughter broke out leading to the deaths of tens of thousands of Iraqis and forcing millions of others to leave their properties and move to other areas under threat or to escape death.

But there has been a new spike in these shanty neighbourhoods since June 2014 when the war against the militants of the Islamic State began. The presence of the militant group, which controls vast areas in the northern and western parts of the country, has deepened Iraq’s poverty crisis, making another more than three million Iraqis homeless as they fled their towns and villages for safety.

The paralysis of the Iraqi economy, the sharp decline in oil prices, the unlimited spending on the war against IS, in addition to the absence of strategic planning and the rampant financial and administrative corruption since 2003, has left the Iraqi treasury nearly empty. The country, officials say, has poverty levels that are unseen since a poverty reduction plan was put in place five years ago.

"The poverty rates dropped from 23 percent in 2010 to 19 percent in 2013 after we applied the strategic plan to decrease poverty, which aimed to reduce it to 10 percent by the end of 2014,” Abdul Zahra al-Hindawi, the spokesperson of the Iraqi Ministry of Planning told MEE. “But because of the current circumstances and the high numbers of displaced people, the plan is no longer effective.”

"The shock of Daesh [the local name of the IS] which raised the numbers of displaced people and the fall in oil prices have raised the poverty rates in 2014 to 22.5 percent," Hindawi, said.

Despite the high salaries that the state pays to government employees and retired and unemployed Iraqis supported by the social welfare law introduced after the fall of Saddam Hussein in 2003, poverty rates in provinces seized by IS are higher at 41 percent than they were than during Saddam’s era, according to the Ministry of Planning.

More than 30 percent of the population in oil-rich southern provinces and 13 percent of those who live in Baghdad, which now has a population of 7.6 million out of 36 million Iraqis in total, live in poverty.

Even Iraqis living above the poverty line are seeing less return for their income, Professor Maitham Luaibi, the chairman of the banking and finance sciences department at the University of Mustansiriya told MEE.

"The indications of poverty are complex,” he said, adding that measures go beyond one's income and include quality of life, education, health, drink water and sewages and other services.

“Based on these indications, Iraq is a poor country compared to many other countries,” he said.

It is some of these most basic services that are proving to be the biggest challenge faced by local and central governments, an issue which has drawn thousands of Iraqis in Baghdad and the Shia-dominated southern and central provinces to the streets since early August.

On a weekly basis, demonstrators have protested to highlight not only the serious lack of the basic services in the country, but also the financial and administrative corruption widespread across government departments and ministries which they believe has caused the problems.

Two months ago, in the face of the protests, Iraqi Prime Minister Haider al-Abadi declared a state of austerity and issued a handful of reforms, which included the abolition of several ministries and departments and the integration others to reduce costs and secure the monthly salaries of employees. As a result of the lack of cash flow, officials have said poverty rates are expected to rise by the end of the year.

Ghalib al-Zamili, the head of services and construction provincial committee, told MEE that the provision of these basic services was not only a struggle for local governing bodies, but has now also become more challenging as Iraq’s economic collapse comes into full effect.

"The fiscal deficit has led to the freezing of most of our infrastructure projects (in Baghdad). More than 750 (infrastructure) projects have been stopped because of the lack of the allocated funds," Zamili said.

It is hard to see how this pattern will change: Iraqi officials and lawmakers say the deficits of the 2014 annual budget is expected to reach $25bn. The impact of the oil prices' falling will affect the 2016 annual budget and the government plans to cover the country’s operational budget only, stopping all investments and spending on infrastructure projects, Haider Masoud, a member of the parliamentary finance committee, told MEE.

For Saja and Huda’s family, life outside Iraq, beyond their makeshift home on the edge of the capital, has increasing appeal.

"Yes, we're squatters, but we had no options but being squatters and living in such places. The government has been treating us as refugees and even the refugees have been treated much better than us,” said Abu Saja. “At least, they have rights while we have nothing.”