The power of one in Palestine

The unity government promised following Fatah-Hamas talks holds great potential, but the logistics of getting there may prove a challenge 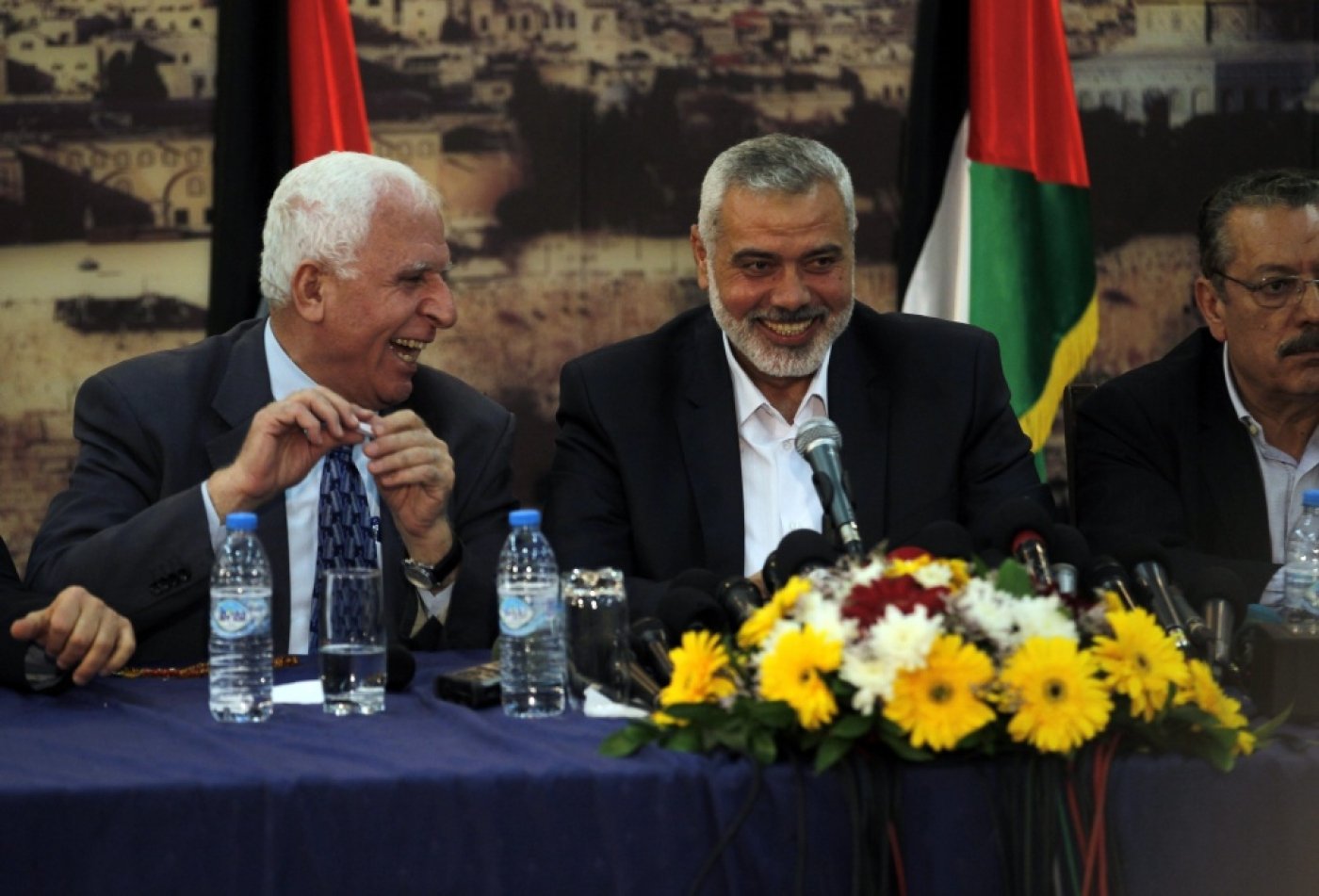 The rapid progress raises doubts that constant references to "Palestinian political divisions" in international media have accurately described the situation on the ground. According to Hamas spokesperson, Fawzi Barhoum, past divisions were not caused by Fatah and Hamas, but rather stoked by external forces.

“But after three months, the international community interfered to destroy Palestinian democracy because they didn’t like the result. The United States, the European Union and the Israeli Occupation directly interfered, imposing the Quartet’s conditions”.

The Middle East Quartet, which comprises the US, the European Union, the United Nations and Russia, in 2006 created a set of principles that must be satisfied before the diplomatic recognition of a Palestinian government could proceed.

Critics say these conditions were designed to isolate Hamas politically, financially, security-wise, and socially, and that they focused first on Gaza because both the Prime Minister Ismail Haniyeh and the Interior Minister were from there.

He considers this to be a mistake which was then exacerbated by Mubarak’s Egypt supporting the Quartet and Fatah, followed by the international community’s support for Fatah and Abu Mazen against any sort of resistance that might support Hamas.

“Now, Fatah and Abu Mazen find themselves in the same position as Hamas - threatened with isolation and financial penalties because they refuse to acknowledge a Jewish state and sign a peace agreement that does not recognise Palestinian interests - so they have come to Hamas to strengthen the front against the US and Israel.”

Despite this apparent duplicity, Hamas still welcomes Fatah, and this sentiment is shared by the other factions inside Palestine.

“Our national interests are in danger. We are all under the occupation, even in Gaza,” said Mariam Abu Daqqa, an ex-prisoner, rebel, and spokesperson for the leftist Popular Front for the Liberation of Palestine (PFLP).

“With unity, we can defeat all the conspiracies. The Occupation is still feeding it [the division]. Either we unite, or all of us should go away because the only winner of that is Israel. The Occupation is targeting every Palestinian - women, old men, children. They are invading our land, detaining our people, attacking and wounding them. We can’t resolve this unless we come to an agreement, unite,” he said.

Yahia Rabah, a Fatah spokesperson, also believes it is imperative for Hamas and Islamic Jihad to be included in any national unity government - not only because of the need for all to work within a common framework, but also because of escalating Israeli attacks.

“We have to defend our national interests. Even those who are outside of the PLO, such as Hamas and Islamic Jihad, must have the chance to be part of this,” he said.

In his opinion, reconciliation will benefit Hamas as well as the Palestinian imperatives.

“Within the next couple of days, the Palestinian Central Council will take place, which is the mediator between the Executive Committee of the PLO and the National Council,” said Rabah. “During the meeting, decisions will be taken regarding this political period, and it is preferable that Hamas be in the frame, in the decision-making process.”

Discussions on Tuesday night in Gaza centred on forming a new national government, while on Wednesday the focus was on the timing and procedures for elections, and how to actually make a political programme of negotiation and social reconciliation that will include all factions and independents. Out of necessity at this early stage, the discussions were general, rather than specifics in order to allow the factions to consult with their bases before making final decisions.

“Until now Abu Mazen is the proposed prime minister to guide the first session of the unity government, but he will then hand over to the new prime minister,” Hamas’ Barhoum said.

“After these talks, each faction will discuss amongst themselves who they want. Then there will be a new round of talks to decide on the number of ministers and who they will be.”

Given the alarming increase of Israeli attacks on Palestinians in the West Bank, and assaults on Al Aqsa mosque and those praying there in recent weeks it seems the prospect of calm, free and fair elections, slated to be held within six months, will be a big challenge.

“After seven years of enforced division, we are determined to regain the Palestinian democratic process,” said Barhoum. “Gaza is under siege, the West Bank is under occupation, the Israeli Occupation will prevent any election in Jerusalem [and] the election process will face huge obstacles in the West Bank.”

The Hamas spokesperson pointed out that in previous reconciliation meetings between Hamas and Fatah held in Cairo in January 2013 had recognised the complexity of the situation and put forward the possibility of holding elections in only some territories, such as in Gaza and some parts of the West Bank.

Barhoum explained that Palestinian authorities know that they will have to be creative in negotiating candidate selection and the election process in territories where Israel makes it impossible to conduct elections.

“We must also work out how to involve all Palestinians in the process, those in the diaspora - in Syria and Lebanon, Egypt, Jordan, the US and Europe and other places,” he said.

“There is enormous flexibility on the part of Hamas concerning the formation of the national unity government but none regarding the Palestinians constants. We are more concerned with representation on the PLO than with government,” he added, noting that Hamas nominated and supported two Christian candidates in the 2006 elections. The pair went on to be elected, as did Janet Mikhail, an independent female Christian mayoral candidate in Ramallah, who secured the post in 2005 after Hamas-linked Change and Reform council members rallied to her side.

Barhoum stressed the need for international support of the reconciliation government, especially from other Arab and Islamic countries.

“First, we must form a national government. Then we must receive international support,” said Barhoum. “If Arab and Islamic countries fail to provide Palestine with this support then we will be isolated again.

“We are all looking for Arab support for reconciliation, and financially. It is a new challenge and one we must face together.”

With the factions agreed on the formation of a national unity government within five weeks, and elections within six months, the question now is what Israel will do to prevent it.

In a thinly-veiled threat to wage war to prevent reconciliation or elections from taking place, Prime Minister Benjamin Netanyahu said on hearing of the agreement that President Abbas must choose between peace with Israel and peace with Hamas.

“They will try to prevent it by any means, including assassination,” Barhoum said. “But they will not succeed. Before, Gaza faced the siege alone, the West Bank faced occupation and Israeli settlements alone. Now, we will face all of these things together.” 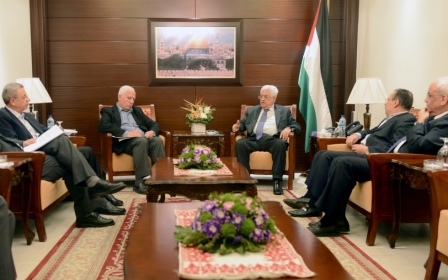