A pregnant Palestinian mother and her toddler daughter were killed when an Israeli retaliatory air strike demolished their home in the northern Gaza Strip, medical sources said early on Sunday.

The fatalities were identified as Nur Hassan, 30, and her daughter Rahaf Hassan, aged three. Medics said three others were still trapped under the home's ruins in the Zeitun sector south of Gaza City. The father and two-year-old son were injured in the attack, Palestinian sources said.

Mohammed Hassan, a relative and neighbour told MEE, that the family were farmers with no connection to politics.

"We heard the terrible noise at around 1.30 in the morning. We all ran over to his [my cousins] house when we heard this. We found him dying and crying out. We live far from the city so it took a long time for the ambulances to reach us."

Israel said it had targeted "two Hamas weapon manufacturing facilities" in response to two rocket launches at Israel on Saturday, as well as a number of attempts by Palestinians to violently break into Israel from Gaza.

One of the rockets had hit an open field in southern Israel and the other was intercepted, while nine Palestinians were killed during the border clashes with Israeli soldiers.

Sunday's deaths come as violence between Israelis and Palestinians, which began in east Jerusalem and the West Bank several days ago, threatened to spiral out of control. 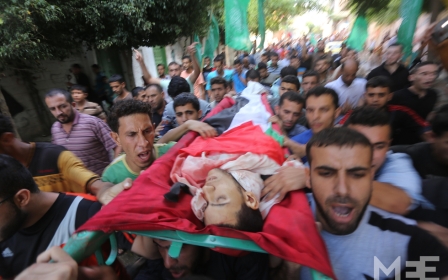 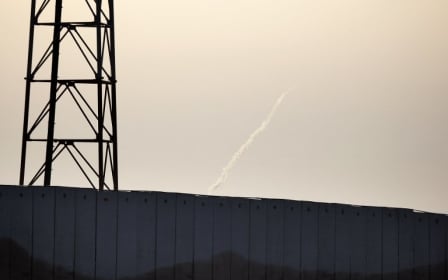 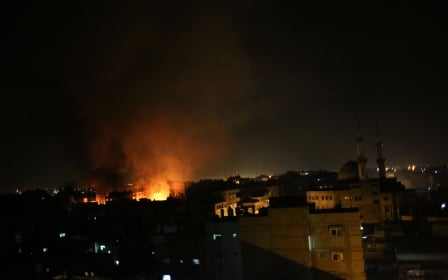