Television host says Sisi can destroy Israel because his name consists of 19 letters, a number considered mystical by some Islamic scholars 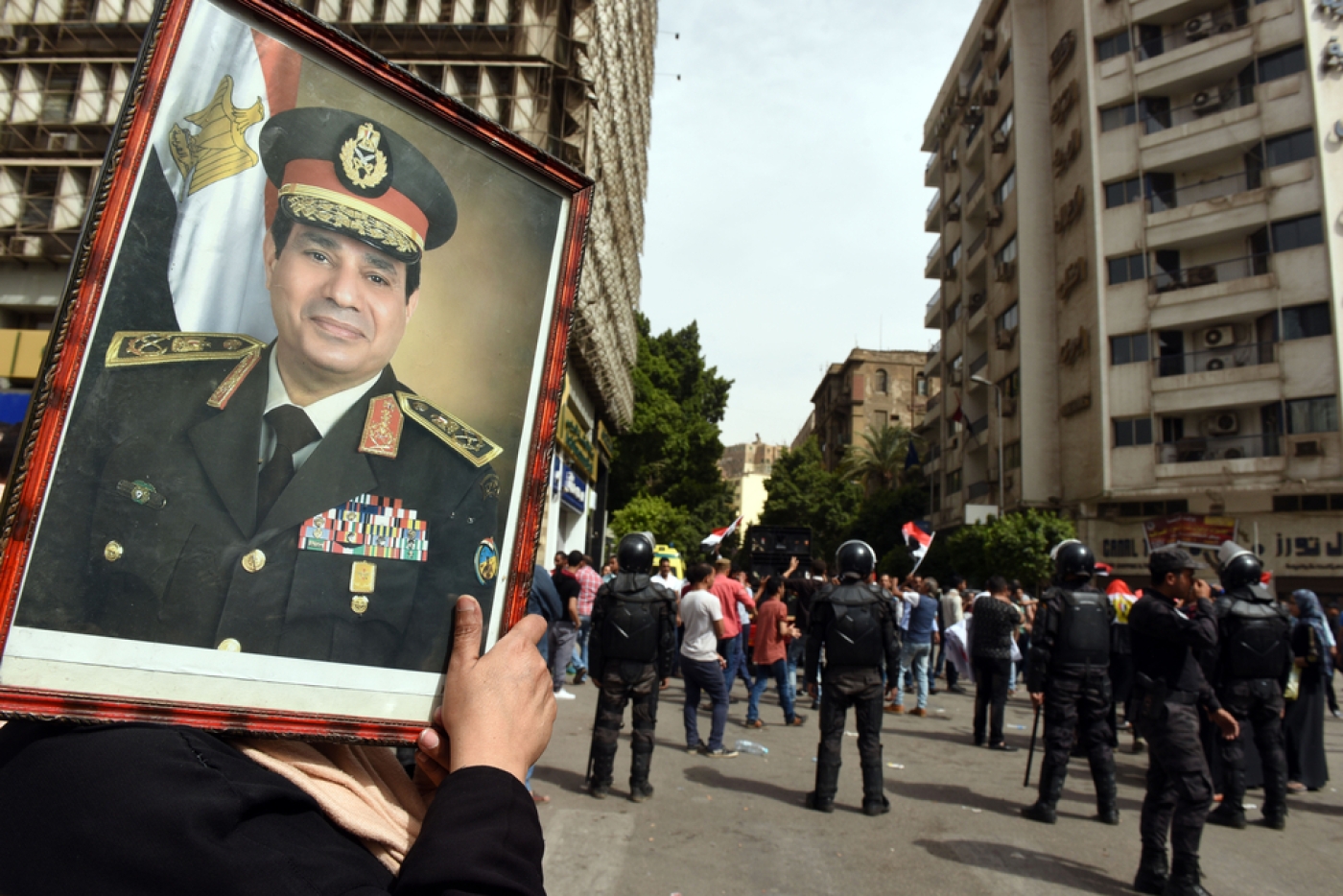 The name of Egypt’s President Sisi is mentioned in the Quran, an Egyptian broadcaster claimed this week, sparking ridicule on social media.

Mohammed al-Gheity, who presents a programme on satellite station LTC, cited a verse of the Quran that one scholar – Palestinian Sheikh Bassam al-Jarrar - interprets to mean that the state of Israel will cease to exist by the year 2022.

According to Gheity, Sisi will be in power in that year, and is the only leader in the region capable of bringing about the destruction of Israel.

“The Egyptian presidential elections were at the end of May 2014. God willing, the Field Marshal [turned president Sisi] will rule Egypt for two presidential terms, or four years,” Gheity said.

“2014 plus eight is 2022, meaning that Field Marshal Abdel Fattah al-Sisi is the only Arab leader chosen by God…to achieve security, stability and justice for Egypt and the Arab nation.”

“God willing, the coming years will make clear that this is the case.”

Gheity also argued that Sisi is the only Egyptian president able to bring about the destruction of Israel in that year, because his name contains a “miracle number” mentioned in the Quran.

Sisi’s full name, Abdel Fattah al-Sisi, contains 19 letters in Arabic –19 is considered by some Islamic scholars to be a sacred number encoded within verses of the Quran.

Sisi came to power in 2013 following a popular-backed military coup against Morsi, head of the Muslim Brotherhood and Egypt’s first democratically-elected president.

Since he took power, Sisi’s government has launched a fierce crackdown targeting supporters of the Brotherhood, as well as secular activists and human rights defenders.

Despite that he has also sought to garner support from Islamic religious institutions and figures.

In June 2015, Sisi said in a public speech that God had sent him as “a doctor to diagnose [Egypt’s] problems”.

Translation: Gheity: Sisi is mentioned in the Quran in The Night Journey. He’s right but it’s in The Cow: ‘the Devil brings you poverty, and forces you into indecency”

Translation: Gheity, an Egyptian broadcaster, says Sisi is mentioned in the Quran. It’s true that the Quran does mention hypocrites