Professor accused of links to Gulen revealed as Clinton donor 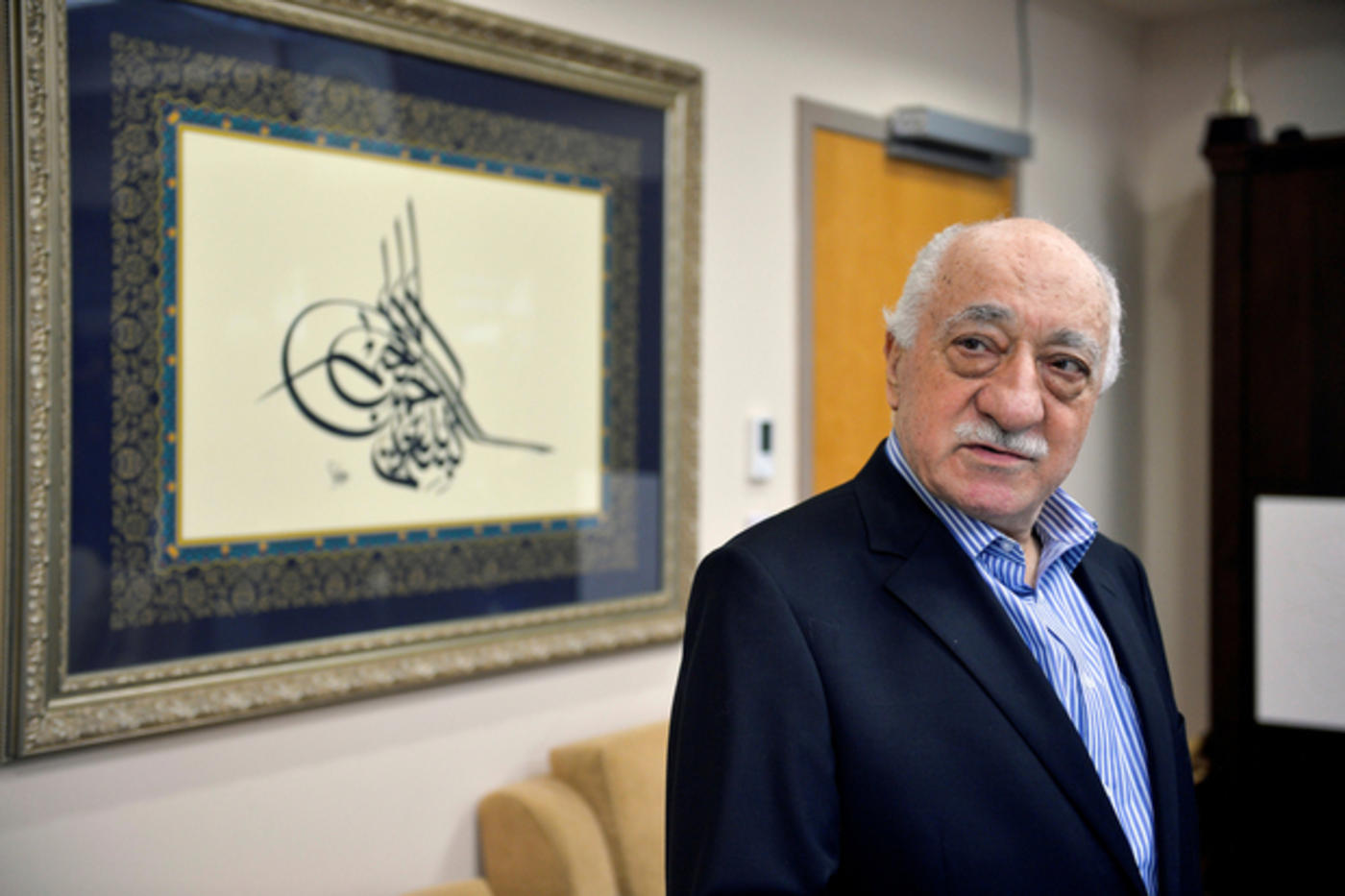 Turkey's government is seeking to extradite US-based Muslim preacher Fethullah Gulen, who has denied any involvement in failed coup (AFP)
By
MEE staff

Adil Oksuz, an Istanbul college professor who is accused by the Turkish government of helping coordinating last month's failed coup attempt, in 2014 donated $5,000 to the Ready for Hillary PAC through a shell company.

The company, Harmony Enterprises, was registered in New Jersey in 2010 and made only the one campaign contribution to the Clinton super PAC on 27 June 2014, according to the USA TODAY article. Harmony's website claims it is paper manufacturing business, but its stated address is a used-car lot in Lodi, New Jersey, the report said, adding that its phone is disconnected.

US law prohibits foreign nationals from making campaign contributions. Companies owned by non-US citizens can contribute, but only if the money comes from profits made in the US. Public records do not show if Harmony Enterprises complied with the law.

On the same day as the $5,000 one-time donation, Turkish Americans in Lodi gave more than $62,000 to the Ready for Hillary PAC, according to USA Today.

The article goes on to say that many of the companies and donors who gave that day have ties to Muslim preacher Fethullah Gulen, who currently lives in the Pocono mountains in Pennsylvania.

On the same day, two Gulen supporters who run the Turkish Cultural Center in New York made large contributions to the super PAC.

A former president of the center, Recep Ozkan, gave $20,000. He also serves as finance co-chairman for the PAC. He has donated between $500,000 to $1m to the Clinton Global Initiative, records show.

Gokhan Ozkok, who is also a former president of the center and a current co-chairman of the PAC, donated $5,000.

According to Hillary Clinton emails released by the State Department, Ozkok wished Clinton well after she broke her elbow in 2009. He also said: "I would also like to convey the prayers of Mr Gulen."

Gulen, the US-based preacher accused by Ankara of orchestrating the coup attempt in Turkey, has a wide following in his native country, where he had enjoyed wide support among the police and judiciary until post-coup purges of their ranks were made by the government.

Gulen, however, has denied any role and condemned the coup attempt "in the strongest terms".

"As someone who suffered under multiple military coups during the past five decades, it is especially insulting to be accused of having any link to such an attempt. I categorically deny such accusations," Gulen said in a statement in July.