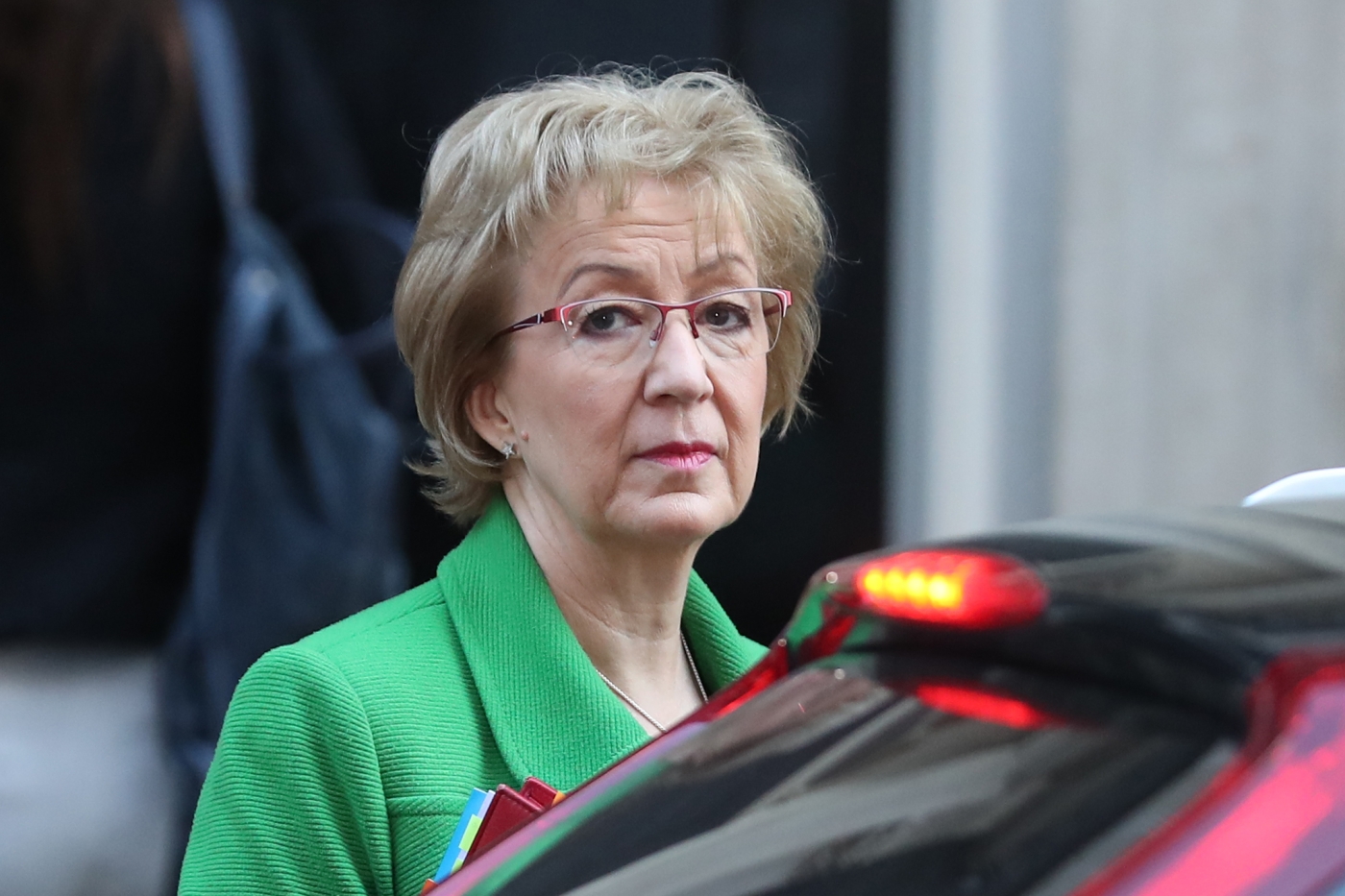 Andrea Leadsom, Leader of the House of Commons, arrives for a cabinet meeting (AFP)
By
Amandla Thomas-Johnson

A Labour MP has accused a Conservative minister of possessing “a profound ignorance of race issues” and demanded an apology after she appeared to suggest that discrimination against British Muslims was a matter for the Foreign Office.

The row began when Labour MP Naz Shah urged Andrea Leadsom, leader of the House of Commons, to open a debate about the definition of Islamophobia during an exchange in Parliament.

In response to Shah's suggestion, Leadsom said: “She raises a very important point about whether we should seek a definition on Islamophobia. I would encourage her to perhaps seek an adjournment debate in the first instance so she can discuss with Foreign Office ministers whether that would be a useful way forward.”

Leadsom’s comments have been interpreted as an attack on British Muslim identity and linked to a growing Islamophobia crisis within Tory ranks.

On Friday, Shah wrote an open letter to the prime minister, saying that Leadsom “played into the idea that Muslims born in our country are 'foreigners' or somehow less British than the rest of us”.

“I cannot express how damaging the consequences of this could be for the British Muslim community,” said the shadow women and equalities minister and MP for Bradford West.

For her part, Leadsom has tried to quell the fallout, issuing a clarification that she had misunderstood Shah’s request, thinking it was in relation to a “global definition of Islamophobia”.

"International efforts to combat Islamophobia (and all forms of religious persecution and prejudice) are led by the PM's special envoy on freedom of religion or belief, Lord Ahmad, at the Foreign and Commonwealth Office,” a spokesperson for Leadsom said yesterday.

But Shah, who is Muslim, blasted Leadsom for “seeking to make excuses”, asking her to “wholeheartedly apologise” and grant a debate on the definition of Islamophobia.

“I find this hard to accept when I clearly referred to the report of the All Party Parliamentary Group on British Muslims and the minister’s response addressed the crisis of Islamophobia in the Tory party,” Shah wrote.

“Rather than seeking to make excuses, the right thing for Andrea Leadsom to do is wholeheartedly apologise and grant this debate.”

Shah continued: "This comment exposes a profound ignorance of race issues at the top of government. This is not a trivial matter.

"In the facing of rising hate crime and an emboldened far-right here in Britain, how can the government hope to combat racism when its own ministers seem to lack a basic understanding of the ways in which it manifests itself?"

The incident comes days after 14 Conservative party members were suspended over Islamophobic comments made within an online group, and it is likely to add to calls for a root-and-branch inquiry into alleged Islamophobia within the party, which has so far been resisted by its leadership.

On Tuesday, former party chairwoman Baroness Warsi accused the party's leader, Prime Minister Theresa May, of "burying her head in the sand" for resisting calls to open an investigation.

Wwwwwhhhhhhaaaaaatttttt? @andrealeadsom
British Muslims are errrrr British 🤦🏽‍♀️
What is wrong with some of my colleagues🤷🏽‍♀️
We are in a hole .....stop digging! https://t.co/d708fH9BQ0

The fallout also comes in the same week that saw another Conservative minister, Amber Rudd, apologise to black Labour MP Dianne Abbott after referring to her as "coloured", an outdated term that harks back to racial segregation in the American South.

Mohammed Amin, chairman of the Conservative-Muslim Forum, railed against the attacks on Leadsom and said that linking her to Islamophobia elsewhere in the party would be “to decide some guilty before they are guilty”.

“To assume that she’s being Islamophobic because of other issues in the party is to decide someone is guilty before they’re guilty,” Amin told MEE.

Amin said that Leadsom had referred Shah to the Foreign Office because she had mistaken her comments as referring to an international definition of Islamophobia, which she understood was dealt with by the Foreign Office.

“I believe Andrea was aware of this and referred Shah to the Foreign Office to see what the implications would be of the UK adopting a wider definition of Islamophobia. I believe that all these commentators from all parts of the left spectrum have not thought through this aspect,” he said.

“In my view, I always believe in giving experienced politicians the benefit of the doubt.”

The All Party Group on Islamophobia, a cross-party panel of politicians, last year put forward a working definition of Islamophobia as being “rooted in racism and is a type of racism that targets expressions of Muslimness or perceived Muslimness”.

The British government has yet to adopt this working definition, despite a record number of anti-Muslim attacks recorded last year and a growing body of evidence suggesting that Islamophobia has become embedded within British institutions. Islamophobia
UK parliament defines Islamophobia as a 'type of racism'