Putin and Erdogan push for 'clean slate' after downing of jet 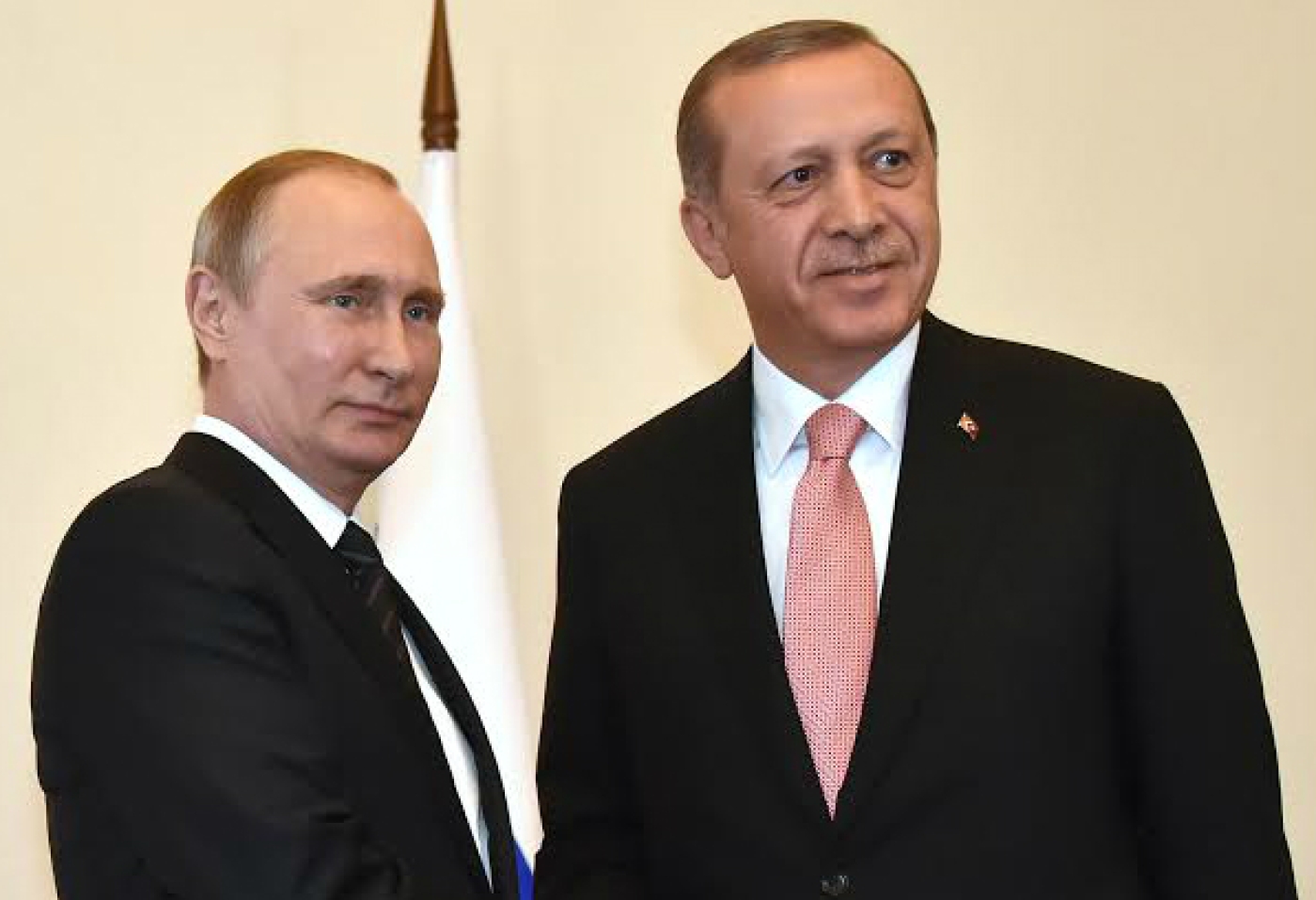 Russian President Vladimir Putin and Turkish counterpart Recep Tayyip Erdogan on Tuesday promised to reinvigorate ties after their first meeting since Ankara shot down a Russian fighter jet in November.

Erdogan's visit to Putin's hometown of St Petersburg is also his first foreign trip since the failed coup against him last month that sparked a purge of opponents and cast a shadow over Turkey's relations with the West.

"We lived through a very complicated moment in the relations between our states and we very much want, and I feel our Turkish friends want, to overcome the difficulties," Putin told journalists at a joint press conference after the encounter.

The Kremlin leader insisted it would take "painstaking work" and "some time" to return to previous trade levels as Russia looks to roll back a series of economic sanctions against Ankara, but both sides said they wanted to restart major energy projects hit by the crisis.

Erdogan said that he hoped Russian-Turkish relations would become "more robust" and stressed how important it was that Putin offered his support after the coup.

"We will bring our relations back to the old level and even beyond, both sides are determined and have the necessary will," he said.

The shooting down of a Russian fighter jet by a Turkish F-16 over the Syrian border last fall saw a furious Putin slap economic sanctions on Turkey and launch a blistering war of words with Erdogan that seemed to irrevocably damage burgeoning ties.

But in a shock reversal late June, Putin accepted a letter expressing regret over the incident from Erdogan as an apology and quickly rolled back a ban on the sale of package holidays to Turkey and signalled Moscow would end measures against Turkish food imports and construction firms.

Now in the wake of the failed July 15 coup attempt, there are fears in Western capitals that NATO-member Turkey could draw even closer to Moscow -- with Erdogan bluntly making it clear he feels let down by the United States and the European Union.

Putin was one of the first foreign leaders to phone Erdogan offering support after the coup attempt and shares none of the scruples of EU leaders about the ensuing crackdown.

Erdogan earier told Russian media: "This visit seems to me a new milestone in bilateral relations, beginning with a clean slate, and I personally, with all my heart and on behalf of the Turkish nation salute Mr Putin and all Russians."

Relations between Turkey and Russia - two powers vying for influence in the strategic Black Sea region and Middle East - have historically not been straightforward.

Yet before the plane downing crisis, Moscow and Ankara managed to prevent disputes on Syria and Ukraine harming strategic cooperation on issues like the TurkStream gas pipeline to Europe and a Russian-built nuclear power station in Turkey.

Erdogan called for the TurkStream gas pipeline joint project to be completed rapidly after talks were frozen last year following Ankara's downing of a Russian jet.

"The TurkStream pipeline will be done as fast as possible," he said.

Trade between the two countries fell by 43 percent in January-May this year to $6.1bn and Turkey's tourism industry seeing visitor numbers from Russia fall by 93 percent.

Now with Russia mired in economic crisis due to Western sanctions over Ukraine and low oil prices along with Turkey's outlook flagging, both men want to get business started again.

Erdogan said that he now wanted to see the TurkStream project "done as fast as possible", while Putin said construction could start "in the nearest future".

The Turkish leader also insisted that the two sides were once again targeting a very ambitious trade turnover of $100bn by 2024.

The earlier uptick in relations between Turkey and Russia was built on a macho friendship between Putin and Erdogan, two combative leaders in their early sixties credited with restoring confidence to their nations in the wake of financial crises but also criticised for clamping down on human rights.

But after such a bitter dispute - which saw Putin accuse Erdogan of stabbing Russia in the back and profiting from an illegal oil trade with the Islamic State group - it will take a lot for the pair to reheat relations.

The two strongmen leaders conspicuously skirted one major issue dividing them and that lay at the heart of their falling out - the war in Syria.

Putin and Erdogan said they would start discussing the conflict after the press conference but the Russian leader insisted both sides were committed to finding a peaceful solution.

Russia is flying a bombing campaign in support of President Bashar al-Assad while Turkey is fiercely opposed to the Syrian leader.

Erdogan insisted in an interview with Russian media ahead of the talks that Assad must still go - a position opposed by Putin - but said that the conflict could now become the focus for renewed cooperation between the two sides.