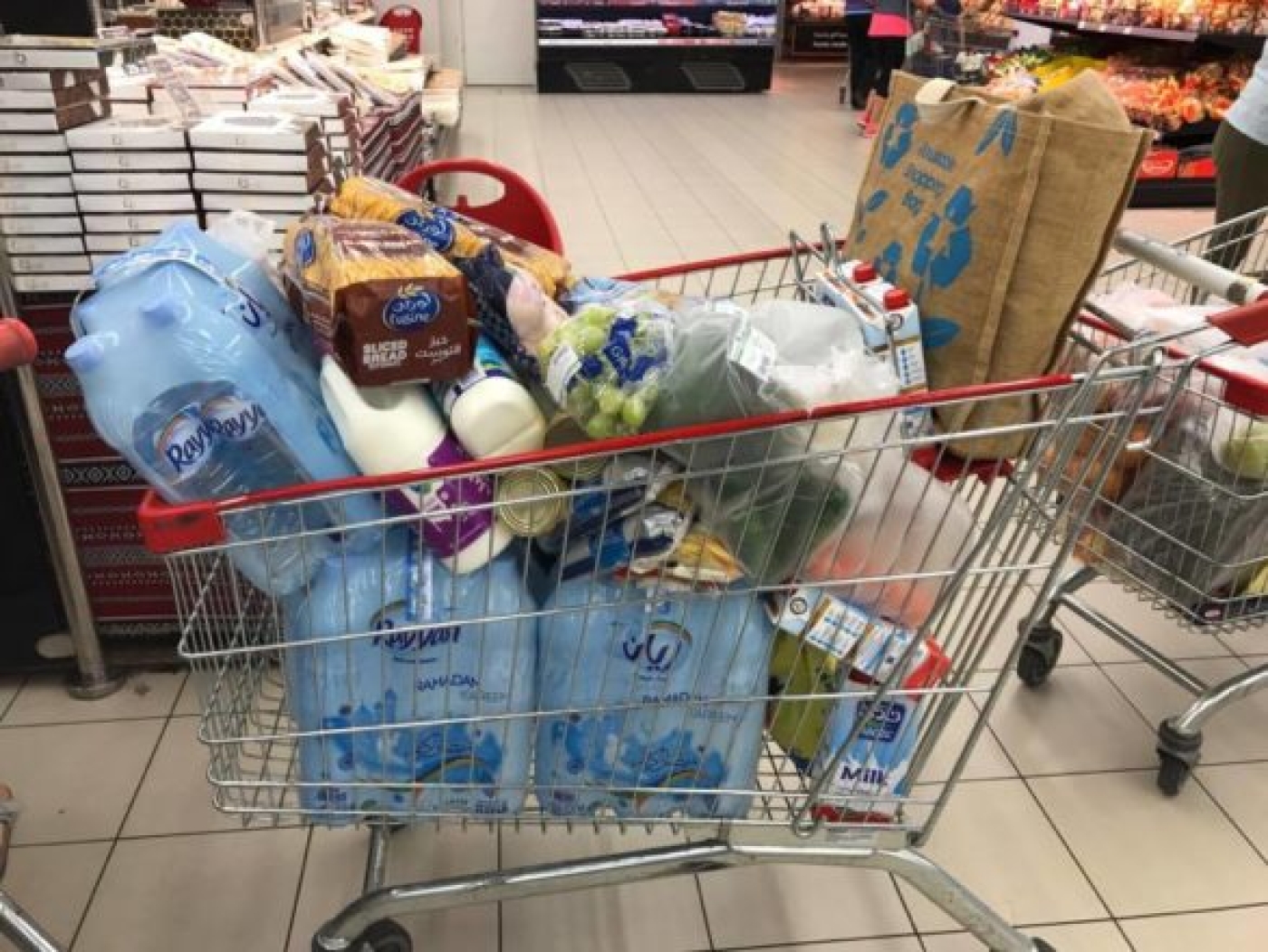 The crisis in the Gulf between Doha and some of its neighbours has spilled over into departure lounges and supermarket aisles.

Travellers found themselves stranded in Saudi Arabian airports on Monday, while others rushed to supermarkets to stock up on food following the decision of three Gulf states, Egypt and the Maldives to sever diplomatic ties.

Gulf-based airlines announced that they would stop flying to and from Qatar on Monday morning following the severing of diplomatic ties.

From 6 Jun, we will suspend all flights to and from Doha until further notice. For more info visit: https://t.co/4WHx54xHR0

From 6 June, Emirates is suspending flights to and from Doha. Affected customers should visit https://t.co/p9w3QNe00D for more information.

A statement on the official Saudi news agency website stated that "Qatari citizens' entry to or transit through the Kingdom of Saudi Arabia and those Qatari residents and visitors have to leave Saudi territories within 14 days.

"The Saudi government confirms its commitment to provide all facilitations and services to Qatari pilgrims and performers of umrah," the statement added.

Many Qataris in the country were performing the Islamic pilgrimage to Mecca.

Translation: Qatari brothers who were performing Umrah stuck in Jeddah airport, you will be provided with private aircraft. It is with regret that Saudi authorities cancelled all country trips immediately.

Translation: A Qatari family in Jeddah airport enquiring about bookings that can take them to their country after having 48 hours to leave Saudi Arabia, Emirates and Bahrain.

Translation: Qatari queues in Jeddah airport after the cancellation of Qatari trips.

Translation: If direct travel from the UAE to Qatar is not possible for Qataris, the Embassy advises them to travel through the State of Kuwait or the Sultanate of Oman.

However, some Qataris found themselves in good luck as they took to social media to praise the Qatari consul for organising private jets back to Qatar.

Translation: To the Qataris at Jeddah airport who were prevented by the Saudi authorities from boarding the plane, private jets will be provided to you overseen by your Consul.

Translation: We thank the Qatari Consul in Jeddah for facilitatings things for Qatari travellers stuck at the airport.

Qatar’s flagship airline Qatar Airways responded in kind. Initially it declared a one day-suspension of flights to Saudi Arabia on Monday - but has since announced an indefinite halt to "all flights to the Kingdom of Saudi Arabia, UAE, Kingdom of Bahrain and Egypt until further notice".

The issue of food security is a longstanding one for Qatar and other Gulf states: several countries import up to 90 percent of their provisions.

And many of those in Qatar who woke up to the news that Saudi was closing their country's only land border rushed to supermarkets to stock up.

Called my friend working in Qatar. He will start stockpiling food.

While shops are usually busy at this time of year due to Ramadan, others reported that shops were more crowded than usual.

One Qatari resident told Middle East Eye: "My husband has just come back from shopping. It's 2:30 in the afternoon and he's been out since the morning. There were very long queues and many things had run out, like chicken. I'm worried, I don't know what will happen but I pray this is only temporary."

Just received these two pictures from a Supermarket in #Qatar. #Panic pic.twitter.com/9uwT0aQlgT

Stores are busy enough in #Doha, #Qatar during Ramadan. But #Saudi border closures and looming food shortages are an even crazier scene pic.twitter.com/Me3KgLryTD

The Qatar Embassy in the United States tried to offer reassurance and said: "The Council would like to reassure Qatar's citizens and residents that the government had already taken the necessary measures and precautions to ensure that normal life continues, and that there will be no negative impact caused by the latest measures."

Statement by the Council of Ministers on Cutting Ties with the State of Qatar pic.twitter.com/GocK7nnbw2

A special coverage showcasing that all consumer goods and food products are available. #Qatar pic.twitter.com/J2dDbbVPwg Tension in the Gulf: How the Arab world and global leaders reacted