Roads are impassable, air traffic is disrupted and homes are flooded, while shops and universities close 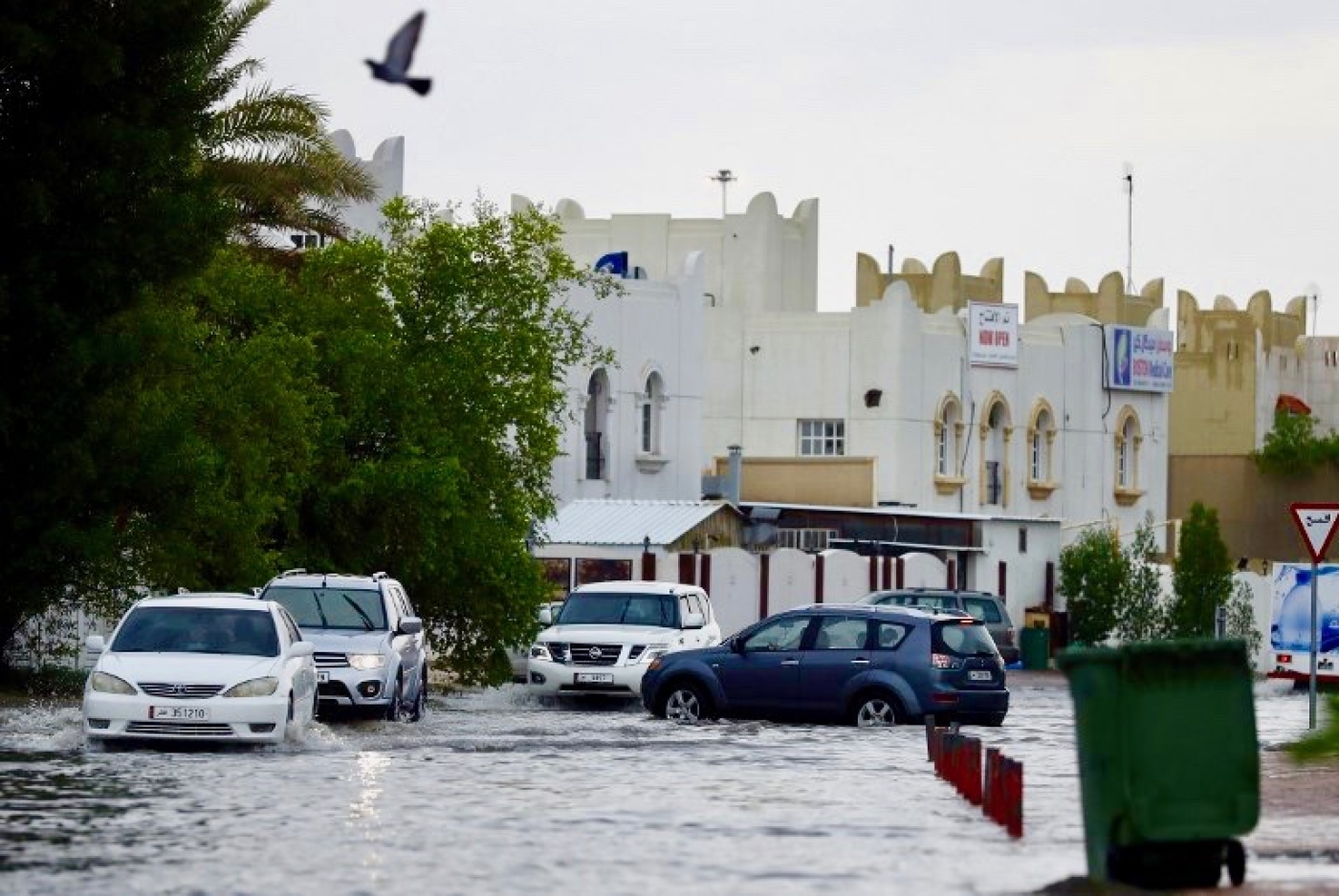 Qatar was hit by widespread flash flooding on Saturday as the desert state received almost a year's worth of rainfall in one day.

Qatar broadcaster Al Jazeera's senior meteorologist, Steff Gaulter, tweeted that one part of the capital Doha had experienced almost a year's worth of rain on Saturday.

"Abu Hamor (a suburb) now reporting 59.8mm. (Doha average annual rainfall is 77mm)," she wrote. By early evening it was estimated that 61mm (2.4 inches) of rain had fallen.

The storm hampered visibility for drivers, and motorists were urged to be cautious, the Peninsula website reported.

"I am turning back because driving has become very difficult in the heavy rain and wind. Even buildings cannot be seen clearly," one driver told the Peninsula.

Qatar Airways was forced to divert some flights, creating logistical headaches, as neighbours Saudi Arabia, the United Arab Emirates and Bahrain are among states that do not allow Doha to use their airspace, amid an ongoing diplomatic rift.

Some Qatar-bound flights were forced to divert to Kuwait and Iran, and the airline warned its passengers to expect further problems.

"Due to weather conditions over Doha, flights are subject to delays for departure and arrivals," Qatar Airways said on Twitter.

Qatar's public works authority issued a warning to drivers to avoid tunnels because of the flooding.

Other footage showed rainwater running downstairs inside buildings as workers tried to mop up.

Qatar's National Library, not yet a year old, was forced to close and said it would remain shut on Sunday to ensure the "safety of our users".

The US embassy also said it would be closed on Sunday, "due to weather conditions".

The extent of the flooding may cause concern for the authorities who have spent billions of dollars on major infrastructure projects ahead of hosting the World Cup in 2022.

Some sought to downplay the disruption, joking online there was now no need for Saudi Arabia to dig a canal around Qatar - an apparent threat made by Riyadh as part of the continuing political tensions - because the flooding had done the neighbouring power's job for it.