The emir is overseeing the construction and often visits the Gulf country, which has helped Qatar overcome the Saudi-UAE siege 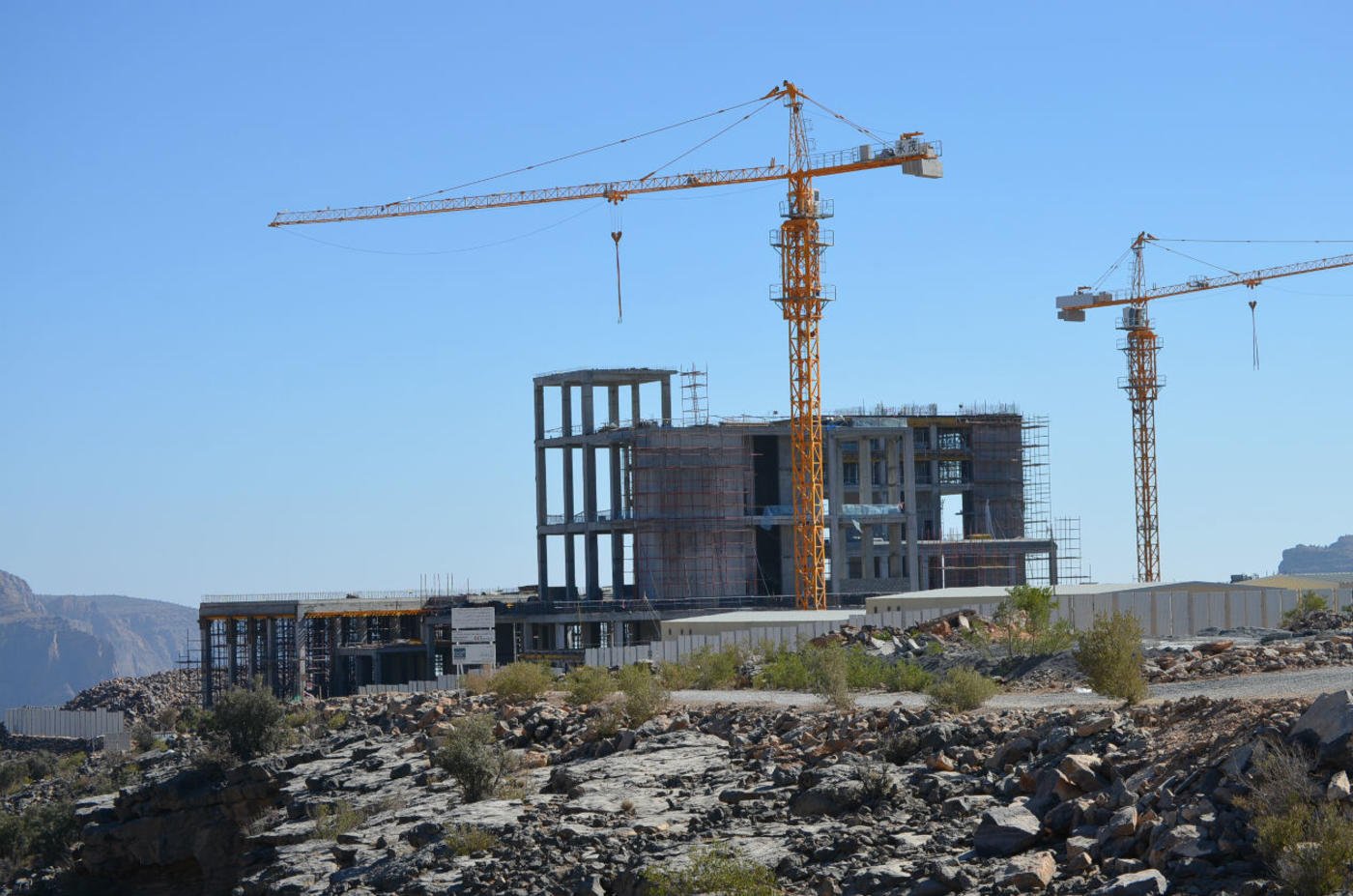 MUSCAT - The emir of Qatar is building a new “palace” in the Jebel al-Akhdar mountains in Oman.

Construction at the site, which overlooks a scenic canyon 2,000m above sea level, began in late 2017 and is due for completion in 2019, according to people connected to the project.

The project began following the imposition of a siege of Qatar by fellow Gulf states Saudi Arabia, UAE and Bahrain, which started in June.

The emir, Tamim bin Hamad Al Thani, is overseeing the construction of the palace and frequently visits the site, which is adjacent to al-Saiq military airport in Jebel al-Akhdar, 150km from Muscat, said sources.

“Construction began about two to three months ago and it’s already going up fast,” said a manager at a nearby hotel.

Middle East Eye visited the site and spoke to workers, all from Bangladesh, who said that they were all on short-term contracts running to March.

Another local source said the emir “loves this place” and he comes frequently to check on progress.

Tamim already has a large residence in Muscat by the beach and is often seen there walking and meeting locals.

Companies listed on the board at the entrance to the construction site were Corduff Oman Architecture and General Engineering Technologies (GET) LLC.

GET is headquartered in Doha and employs approximately 5,000 people, working on international projects in Lebanon, Qatar and Greece, according to its website.

Corduff Oman is run by an international team of architects led by Omani managing director Hilal Sabeel al-Balushi. It has designed major Omani cultural projects and luxury property developments, as well as Qatar’s Chamber of Commerce.

Sources close to Corduff’s Muscat office said the project was comparable to the emir’s residence in Muscat.

Relations between Oman and Qatar have grown stronger in the wake of the siege, with Oman acting as a transit country for goods and travel to overcome the economic embargo imposed on Doha.

Qatar is investing heavily in Oman with new announcements on a major pharmaceutical development worth $365m in Salalah last week.

Qatar is also investing in a bus and coach assembly plant in Oman’s Duqm economic zone in the south, announced in November, and a $1bn tourism resort in Ras al Hadd, in Sur, 150km south of Muscat along the coast.

According to a government official who spoke to the Economist last September, cargo volumes via Oman’s Sohar port are up by 30 percent, as more ships arrive laden with goods bound for Qatar.

Sohar airport on the north coast began operating Qatar Airways flights to and from Doha in August, two months after the Qatar siege began.

“Sohar airport was going to be shut down because it was not working and maintaining it was not justified, then luckily we had this problem between UAE and Qatar and the airport is up and running and making money,” said Omani analyst Ahmed al-Mukhaini.

From being a quiet domestic airport it now offers flights to and from regional states Qatar and Kuwait.

Qatar’s ambassador to Oman recently said that the sultanate’s ports were the new gateway to his country, replacing Jebel Ali in Dubai after the UAE joined the siege.

The meeting reviewed cooperation in the transport and communications sectors, as well as touching on matters of common concern, reported the Oman Observer.