'This committee will receive all claims, whether from the public sector, private sector or individuals' Qatar on Sunday announced it was establishing a committee to pursue compensation claims potentially worth billions of dollars over the country's "blockade" by Gulf states.

Attorney-General Ali bin Fetais al-Marri said the Compensation Claims Committee would deal with cases including major companies, such as Qatar Airways, and individual Qatari students who have been expelled from the countries where they were studying.

"This committee will receive all claims, whether from the public sector, private sector or individuals," Marri told journalists at a press conference in Doha.

Potential plaintiffs such as Qatar Airways, banks or individuals will be able to file claims over what Doha has labelled a "siege" in courts at home and abroad, including in Paris and London, Marri said.

On 5 June, Saudi Arabia, the United Arab Emirates, Bahrain and Egypt announced they had cut all ties with Qatar, accusing Doha of supporting Islamist extremists.

The four countries pulled their diplomats from Qatar, suspended all flights to and from Doha, and ordered all Qataris to repatriate within 14 days.

July 3: The end of one revolution and the start of another
David Hearst
Read More »

Qatar has said thousands of its citizens have been affected by the isolation measures in what has emerged as the worst diplomatic crisis to hit the Gulf in recent years.

Doha's National Human Rights Committee in June said the sanctions represented a violation of the rights of some 140 Qatari pupils studying in the UAE, Saudi and Bahrain.

Qatar Airways has made Doha a global hub in just a few years, but experts say neighbouring Gulf states barring it from their airspace threaten its position as a major transcontinental carrier.

On 22 June, the four Arab states issued a 13-point list of demands, including downgrading ties with Iran and shutting down broadcaster Al Jazeera, as a prerequisite to lifting the sanctions.

Doha refused to comply with the demands and rejects accusations of ties to extremist groups.

The Compensation Claims Committee will be overseen by Marri as well as officials from the ministry of foreign affairs and ministry of justice.

US Secretary of State Rex Tillerson is expected to fly on Monday to Kuwait - the Gulf state that has been acting as a mediator in the crisis.

The US State Department's spokeswoman, Heather Nauert, said on Friday that Washington had become "increasingly concerned that the dispute is at an impasse" and could yet continue for months. 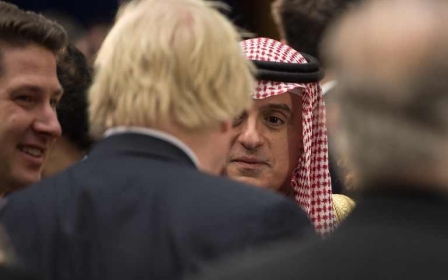