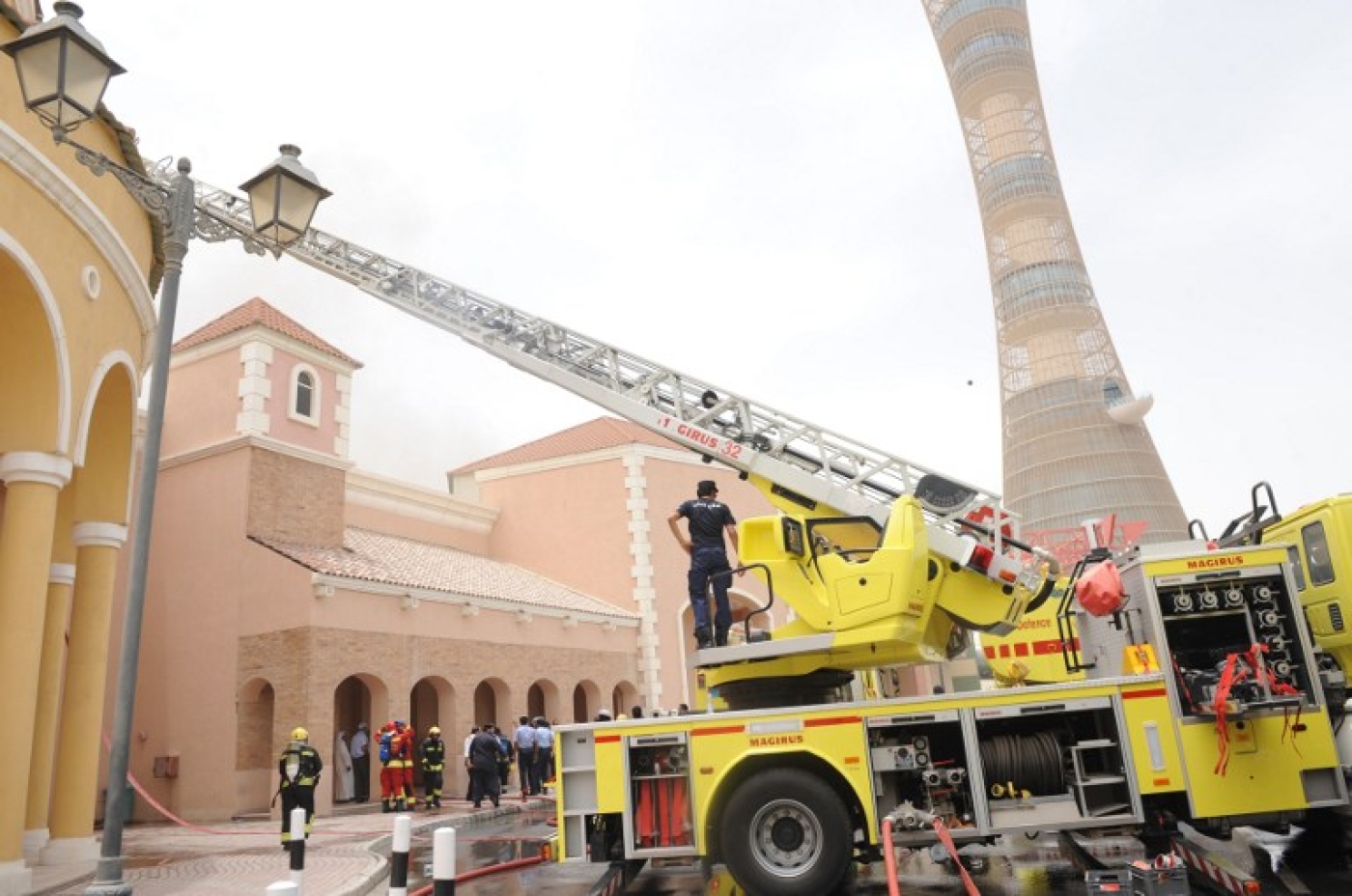 Qatari firefighters and rescue teams work outside Doha's Villagio Mall, the scene of a fire in May 2012 that killed 19 people (AFP)
By
MEE and agencies

A Qatari judge ruled on Monday that no one will serve time in prison over a fire at a Doha shopping mall in 2012 that left 19 people including 13 young children dead.

The Court of Appeal, however, ordered four of the five defendants to pay compensation to the victims' families in the form of "blood money," as laid down under Islamic law, according to the Doha News website.

Among the five is Sheikh Ali Bin Jassim al-Thani, Qatar's ambassador to Belgium and a member of the Gulf state's ruling family.

According to the Qatari government website, Thani is also head of Qatar's mission to the European Union.

Thani was co-owner of the "Gympanzee" nursery at the Villagio mall where the fire occurred in May 2012.

Many of the 13 children killed suffocated after a blaze broke out at a nearby Nike sports store, caused by faulty wiring.

Children from France, Spain and Japan also perished as did nursery staff from the Philippines and South Africa.

Two firefighters were also among the dead.

Last October, Thani was one of four defendants who successfully overturned an involuntary manslaughter conviction handed down in 2013 by a criminal court.

On Monday the judge hearing their case in the Court of Appeal said he would "punish them once more" by ordering them to jointly pay 200,000 riyals ($55,000) to the relatives of each of the deceased.

A fifth defendant who was originally found guilty of providing a forged license to Gympanzee and sentenced to five years in prison saw his sentence reduced to a one-year suspended sentence, Doha News reported.

None of the defendants were in court to hear the judge's verdict.