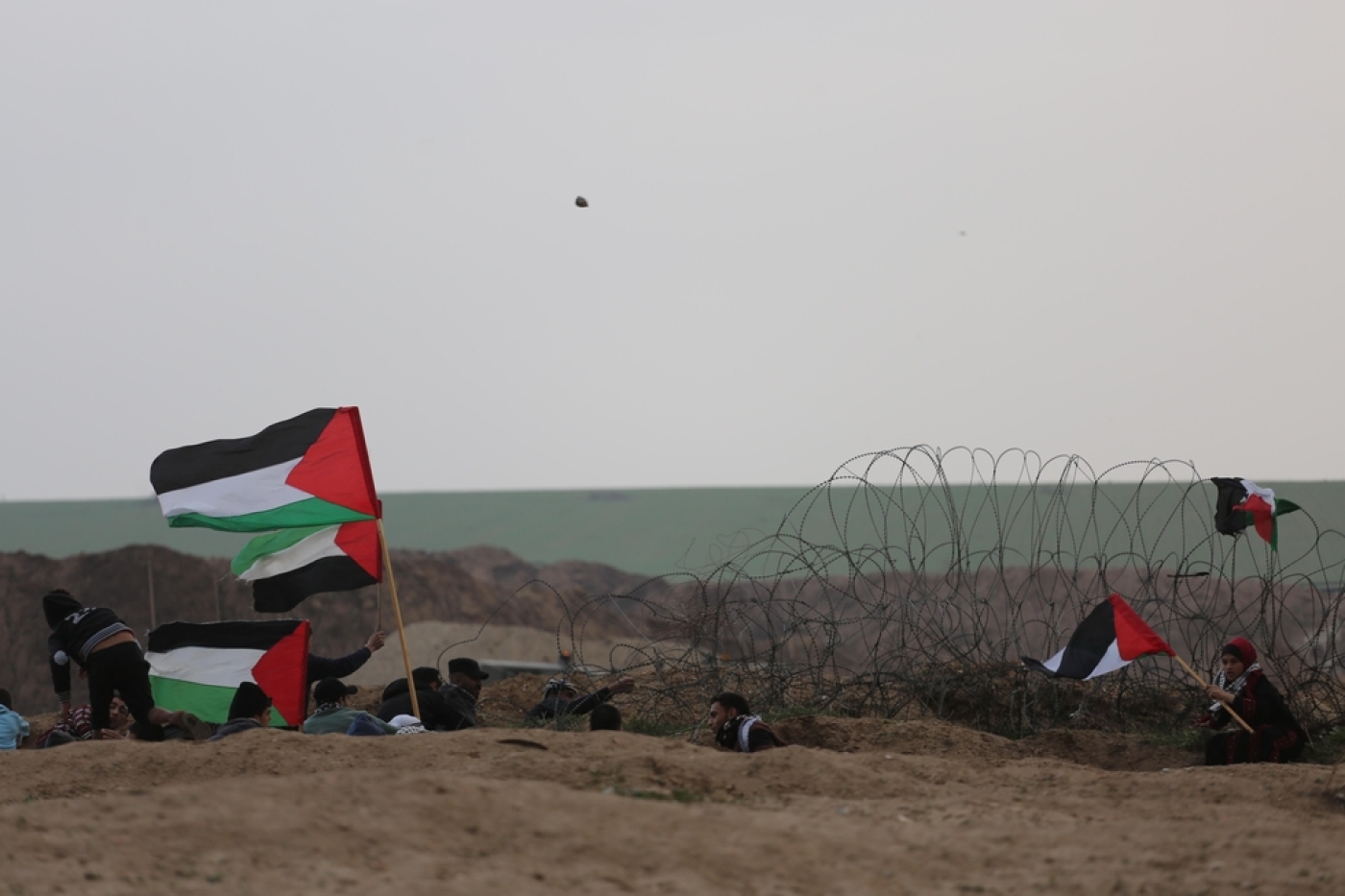 Palestinians in Gaza have continued their weekly protests along the barrier with Israel, with demonstrations taking place again on Friday, even as Qatar sent millions of dollars aimed at helping the cash-strapped enclave.

Gaza health ministry spokesman Dr Ashraf al-Qidra announced that at least 25 Palestinians were injured during the protests, which carried on despite cold weather and the threat of thunderstorms.

Hamas employees were able to collect their salaries for the second month in a row on Friday after $15m in cash was carried in by the Qatari ambassador Mohammed al-Emadi.

Palestinian President Mahmoud Abbas stopped Palestinian Authority civil servants from working after Hamas took control of Gaza in 2007, forcing Hamas to employ 40,000 of its own civil servants, which it has struggled to pay of late.

Israel has agreed to Qatar injecting $90m into Gaza over six instalments, in order to pay those salaries and with the aim of easing the grievances vocalised since the protests began in late March.

Protesters welcomed the Qatari funds but described them as a temporary measure that will not stop them from demonstrating against the Israeli blockade of Gaza.

"We thank Qatar for its role but it is a partial solution. We are searching for a complete solution for our cause," said Mohammed Abu Marasah, who said he has twice been injured by live fire during the protests, most recently two weeks ago.

"We have sacrifice with our blood, with tens of martyrs and with thousands of injured for this protesting which will continue until the blockade is lifted."

The Qatari cash injection has come as Hamas and Israel discuss a long-term truce that would see an easing of the weekly protests in return for a lifting of the land, sea and air blockade of Gaza.

The UN has repeatedly warned that Gaza could become "unlivable" by 2020 and unemployment is now more than 50 percent, according to the World Bank.

Other protesters saw their presence at Friday's protests as a response to a failed resolution criticising Hamas, tabled at the UN by the United States.

"The failure of the resolution to consider our resistance as terrorism was the best evidence and a slap in the face of Israel and America," said Khaled Badr. "But Israel has tried to present these protests and small stones, against its military arsenal, as terrorism before and failed."

Medical group Doctors Without Borders (MSF) warned last week that with nearly 6,000 injured by live fire during the protests, Gaza's already overburdened medical system was struggling to cope with the number of long-term injuries, which could lead to more amputations for patients who have developed infections because they were not properly treated.