Doha has been seeking to develop new trade and business partners since a rift opened last year with its neighbours Saudi Arabia, the United Arab Emirates and Bahrain, along with Egypt, resulting in a political and economic boycott of Qatar, Reuters said.

Earlier this week, the Qatari leader told the UN General Assembly that the blockade had harmed the reputation of the four countries and the ensuing paralysis has reflected negatively on the Gulf Cooperation Council's aspired role towards regional and global issues, Al Jazeera reported.

"The Emir will pay a state visit on October 1 to a number of friendly Latin American countries, including Ecuador, Peru, Paraguay and Argentina. [The visits] are based on invitations from their leaders," the state news agency said.

Qatar, the world's top supplier of LNG, has investments in Argentina through Qatar Petroleum and is looking to expand into Latin America.

Qatar’s emir is to meet the presidents of the Latin American countries to "discuss ways of strengthening relations and bilateral cooperation in various fields," AFP reported, citing the state news agency, without specifying the duration of the tour.

Doha has been working to build new alliances since the diplomatic crisis broke out in June 2017, pitting it against the bloc led by Riyadh, which has imposed a sweeping embargo on the gas-rich emirate, sparking the worst-ever rift within the GCC.

The four countries accuse Doha of seeking closer ties with Saudi Arabia's arch-rival Iran and of supporting radical militant groups. Qatar denies the charges, accusing its neighbours of intruding on its sovereignty.

In its quest to build new alliances, Qatar last month pledged $15bn of investment in Turkey that will be channeled into Turkish financial markets and banks, Reuters reported.

The investment package was announced after Qatar's emir met President Tayyip Erdogan in Ankara, as Turkey grapples with a collapse in the lira and tensions with NATO ally the United States.

Air wars: How Etihad flopped and rivals soared in Gulf battle for the skies
Read More »

Turkey and Qatar have traditionally maintained good ties and Ankara stood by Doha after the blockade began, rushing through supplies to the Gulf state.

Qatar's banking sector has considerable exposure to Turkey. Qatar National Bank (QNB), the Middle East and North Africa's biggest, in 2016 completed the acquisition of Turkey's Finansbank. About 15 percent of QNB's assets and 14 percent of its loans relate to Turkey, according to Arqaam Capital.

Also, earlier this month, the emir said his country would invest $11.6bn in Germany, now its third-weightiest trading partner after the US and China.

“We are announcing Qatar’s desire to invest 10 billion euros in the German economy over the coming five years,” the Gulf state leader said as he opened a German-Qatari business forum alongside Chancellor Angela Merkel in Berlin.

Qatar said it planned to invest in the car, high-tech and banking sectors - three traditional strengths of the German economy.

At the same time, Merkel confirmed plans to build an LNG terminal in Germany. Aviation
Air wars: How Etihad flopped and rivals soared in Gulf battle for the skies 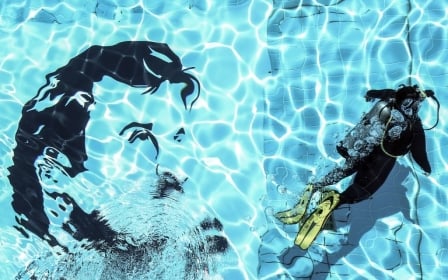