Rabbi calls for prohibition of Jews in Al-Aqsa 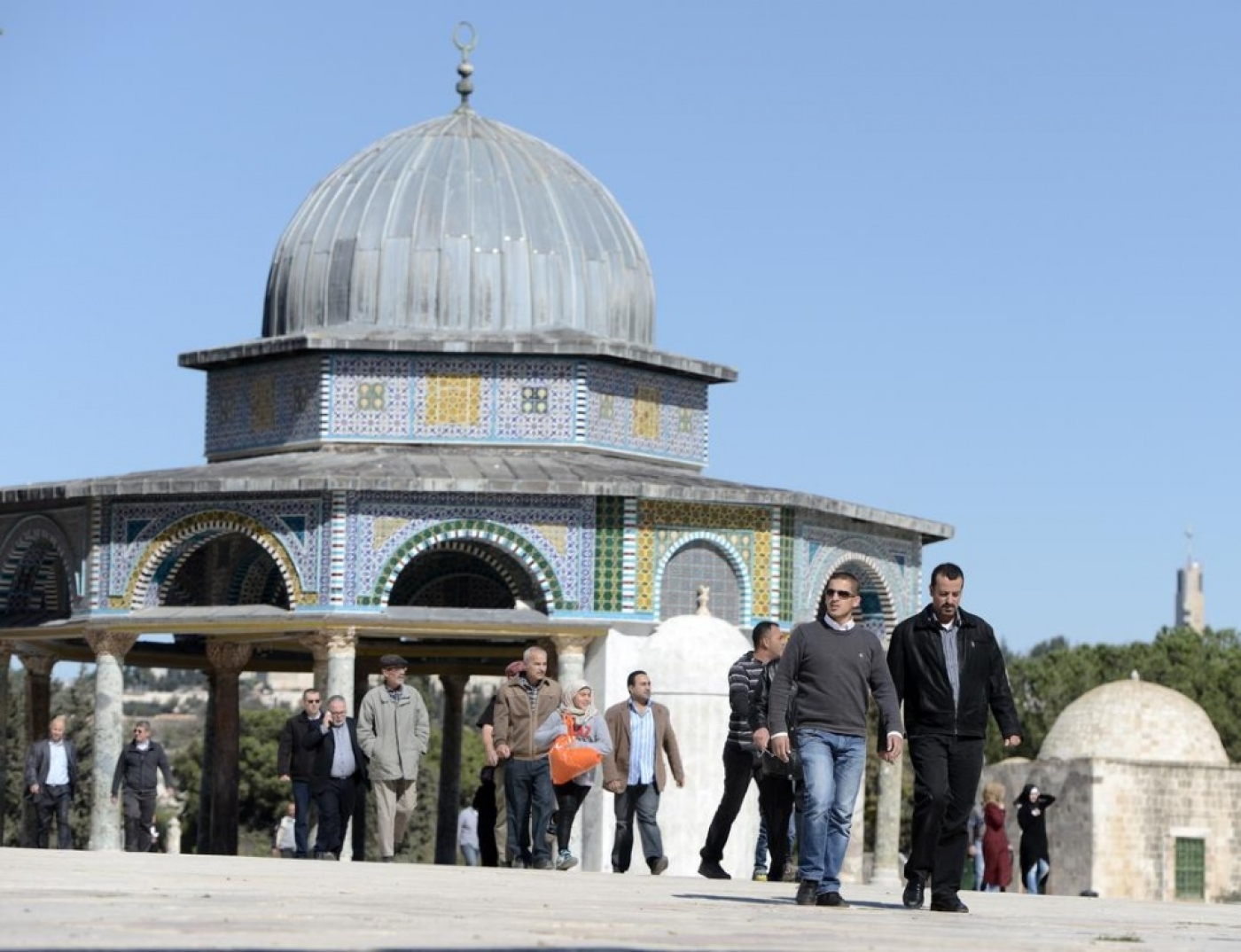 As clashes between Palestinian youth and Israeli police forces rage near al-Aqsa compound, following the calls of far-right Israeli activists to march on al-Aqsa compound last week, a leading Rabbi has written a letter condemning those calls as “messianic claims”.

Rabbi David Yosef, head of Beit Hamidrash and member of the Council of Torah Sages, says in a letter that “the great rabbis of Israel rule that the prohibition against entrance to the Temple Mount in our time is regarded in the Torah as “karet” (a major sin) [which] for the sake of comparison is that one who enters the Temple Mount is like one who eats on Yom Kippur.”

The Council of Torah Sages represents a movement for Sephardic Jews which is also represented in the political arena through the Shas Party.

According to Rabbi Yosef, “the prohibition against entrance to the Temple Mount was well known by all the people of Israel throughout all of the generations.”

In light of these prohibitions, Rabbi Yosef has called on the Israeli authorities “to close the entire area of Temple Mount to Jewish visitors” instead of being “deceived by a bizarre and extremist minority that makes all kinds of ‘messianic’ claims using Jewish law in vain.”

Jews refer to the al-Aqsa compound as the Temple Mount, and believe it was the site of two Jewish temples in ancient times.

Rabbi Yosef believes that calls to enter al-Aqsa compound are “contrary to opinions of all the great rabbis of Israel throughout the generations and cause tremendous harm to the people of Israel who dwell in Zion and to those who dwell among the nations of the world” as they “arm those who hate Israel with an excuse to kill us, to commit murder [and] attack us”.

While the Rabbi has called for a complete prohibition of Jewish visitors to enter the compound, he says “this does not imply that we forfeit our rights to this holy place” but instead, the ban is “on account of the enormity of its [al-Aqsa compound’s] holiness … [which] is forbidden to enter except after total purification that is not possible to reach at this time.”

According to Rabbi Yosef, his opinion is shared by all members of the Council of Torah Sages and by the Council of the Chief Rabbinate in Israel which he cites had placed a large sign immediately after the Six-Day War in 1967 atop the entrance to the compound forbidding the entrance of Jews.

Tensions have grown in recent years as right-wing Israelis have tried to enter and even pray on the site, while restrictions on Muslim worshipers has been on the increase.

Israeli right-wing activists gathered at the Western Wall in Jerusalem's Old City on 5 November with the intent of entering al-Aqsa compound, one week after right-wing activist Yehuda Glick was shot and seriously injured by a gunman on a motorcycle. The following day, Israeli police shot and killed Mu'taz Hijazai, a Palestinian from East Jerusalem, who they said was the main suspect in Glick’s attack.

Glick who heads the Temple Mount organisation which advocates building a Jewish temple on the grounds where al-Aqsa mosque currently stands, had been coming to al-Aqsa almost every day, reported MEE correspondent Oren Ziv.

On weekdays, tourists and Jews can enter the compound between 7:30 am to 10:00 am and then again at 12:00 pm to 1:00 pm. Visitors are escorted by police and are not allowed to pray or preform any religious ceremony. 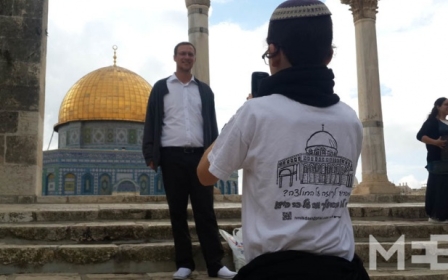 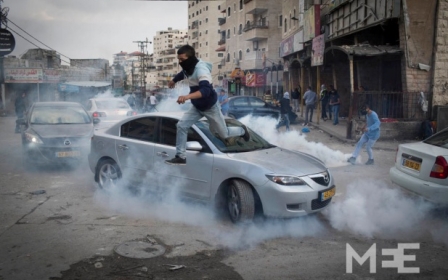 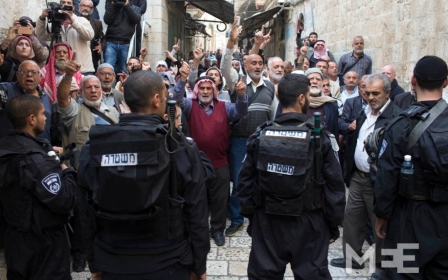