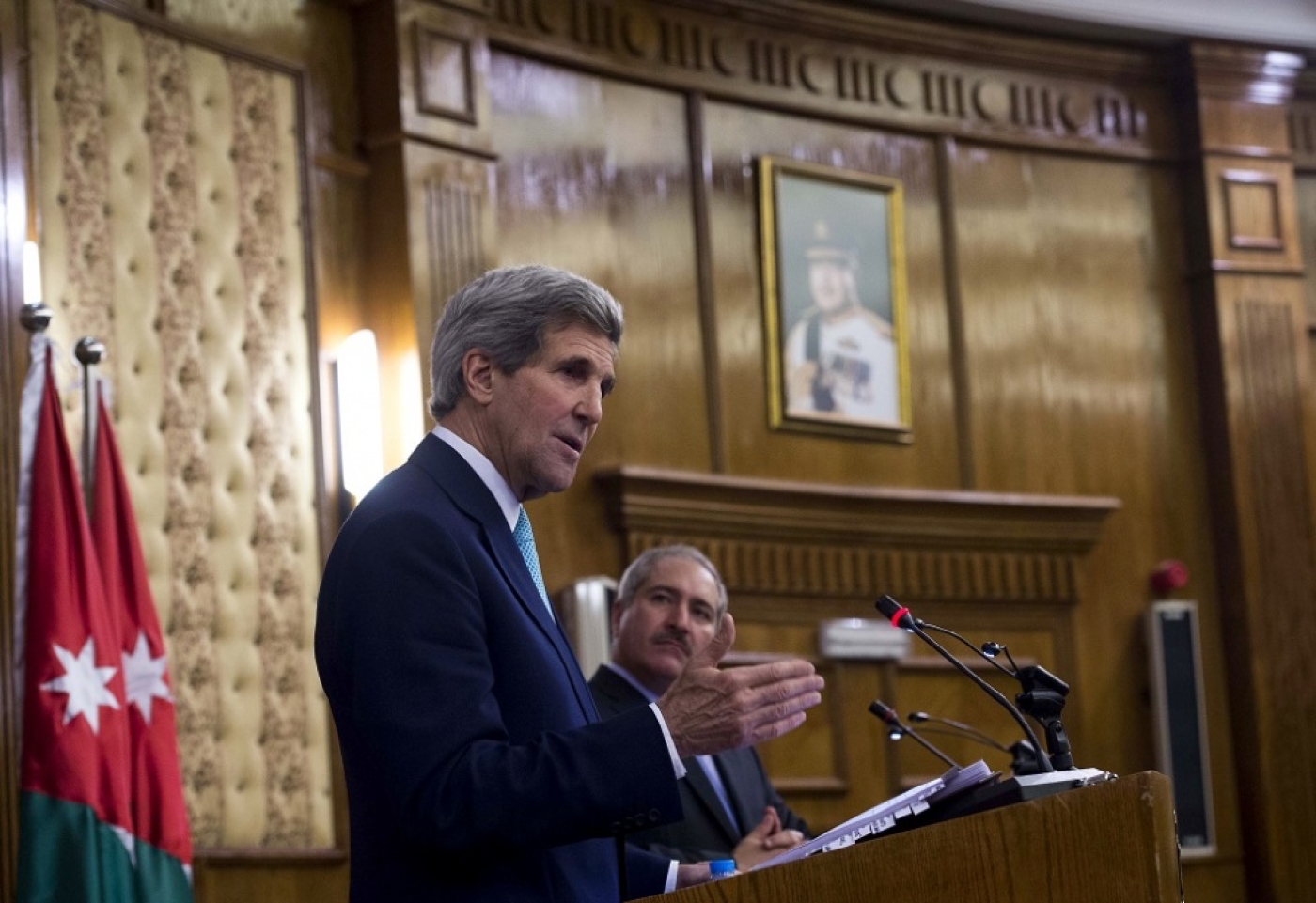 “Real steps” have been negotiated to help end mounting violence in Israel and the occupied West Bank, US Secretary John Kerry said late on Thursday.

Kerry did not qualify what specific measures had been agreed on, but stressed that he had won commitments from Israeli Prime Minister Benjamin Netanyahu, as well as Jordanian King Abdullah II and Palestinian President Mahmoud Abbas, to work together to stem recent violence in Jerusalem that has left dozens killed.

"We are not going to lay out each practical step; it is more important they be done in a quiet and effective way," Kerry told reporters after holding tri-party talks in Amman with Netanyahu and King Abdullah.

“This will be done in a quiet and effective way but [the steps] will be noticeable and I am convinced that they will be effective."

The unscheduled three-party talks overran by almost two hours – a delay that, observers say, could indicate a genuine deal.

“Some kind of movement is going on regarding the issues,” said Sarah Elizabeth Williams, a MEE contributor in Jordan.

"It is clear to me that they are serious about working on the effort to create de-escalation and to take steps to instil confidence that the status quo will be upheld."

Kerry also met with Abbas earlier in the day, although Abbas did not attend the three-party evening discussions.

“It just isn’t yet the right moment for the two sides to come together at this instance they both need to see that things are changing … [and] there needs to be a ripeness for that meeting that does not exist yet,” Kerry said, in response to questions about Abbas’s involvement.

However, Abbas was repeatedly consulted and played a key part in the conversation, Kerry added.

I held a “constructive meeting with Abbas - and constructive steps, real steps, not just rhetoric [was agreed] - that people can take to de-escalate the situation and create a climate in which we can move forward in a constructive way,” Kerry said.

Kerry’s diplomatic push comes in the wake of recent tensions that have seen almost daily clashes erupt in East Jerusalem, as well as a spate of attacks that have been fuelled by ongoing controversy surrounding access to al-Aqsa mosque.

While Jews and tourists are allowed to enter the al-Aqsa compound, they are not allowed to pray there, according to a long-standing deal reached between Israel and Jordan that administers the Holy Sites. However, right-wing Israeli groups have been increasingly breaching the rules and stepping up their visits to the site, in a move that has widely angered Muslims.

The provocations come as Israeli authorities have moved to apply a string of restrictions on al-Aqsa, frequently shutting it off to men under the age of 40 or 50, and briefly shutting it down for a day last month.

More than a dozen people have been killed in the ensuing violence and attacks, which has all been linked to al-Aqsa seen as Islam’s third holiest site, but known to Jews as Temple Mount for the believe that it once housed two ancient temples.

"Firm commitments" were made to maintain the status quo at the compound in Israeli-annexed east Jerusalem, Kerry said at the conference held with Jordanian Foreign Minister Nasser Judeh.

While he refused to answer specifics on the pledges made, Kerry insisted that there will be “noticeable” changes within days.

“With respects to Haram al-Sharif Jerusalem, if you read the basics of the agreement that exists – you will see precisely what is expected of the Jordanian forces that are responsible [for the compound] as well as the Israelis,” Kerry said.

“So is status quo is maintained you will see clearly what is expected… [now] it is up to the folks there to show it the way that is being implemented.” 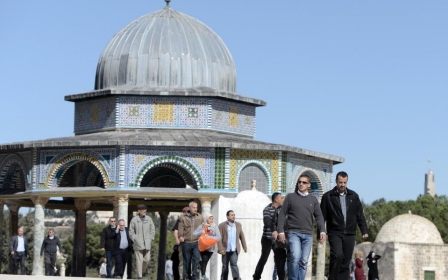