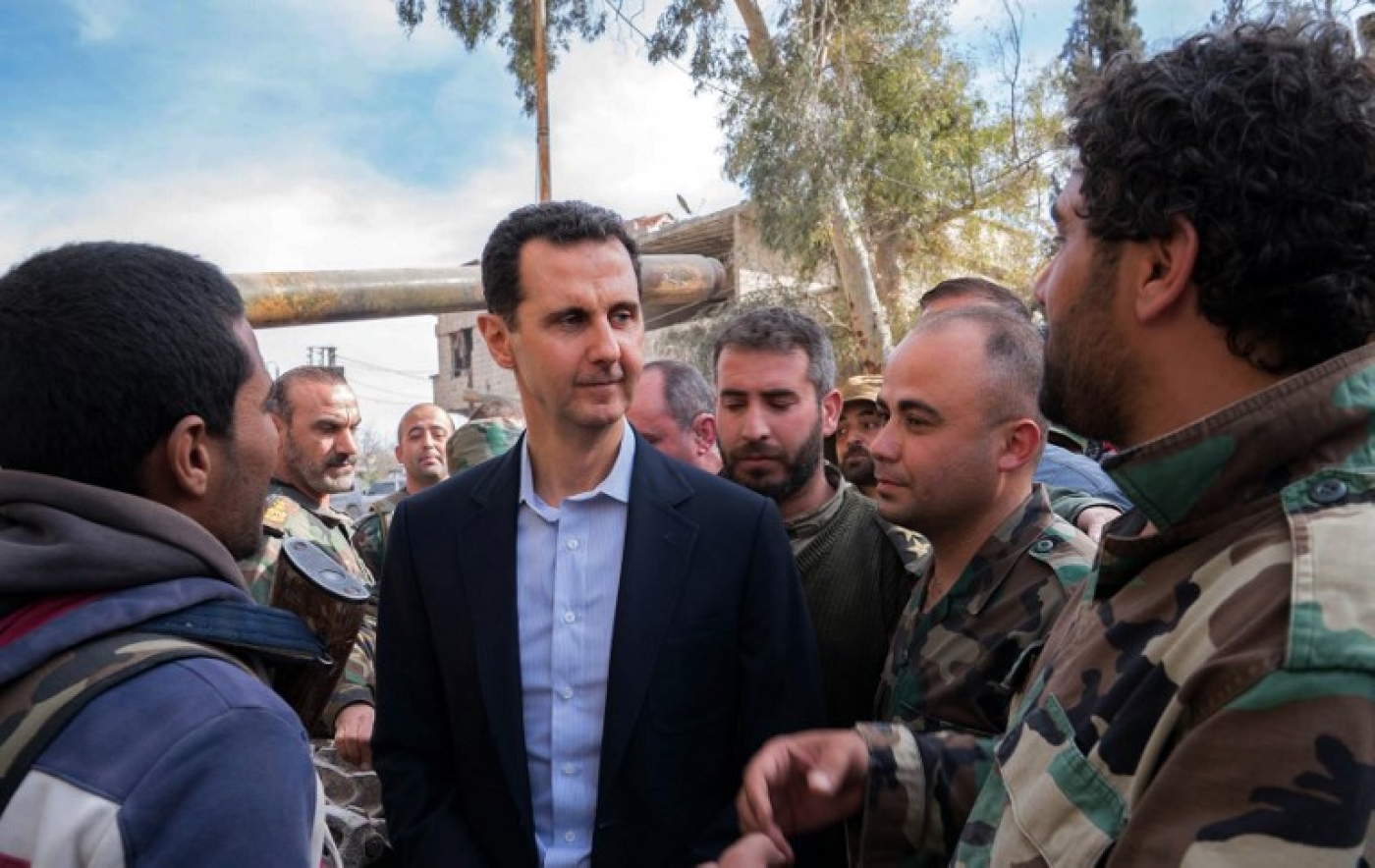 The main rebel group in the southern pocket of Syria's opposition-held Eastern Ghouta said on Sunday it was negotiating with a United Nations delegation about a ceasefire, aid and the evacuation of urgent medical cases.

Recapturing Eastern Ghouta, a short drive away from the Syrian capital, would mark the biggest victory yet for President Bashar al-Assad in the country’s civil war, the Associated Press said.

The area has been under rebel control since 2012. It would also be the worst setback for rebels since the opposition was ousted from Aleppo in late 2016 after a similar siege and bombing campaign.

"We are engaged in arranging serious negotiations to guarantee the safety and protection of civilians," said Wael Alwan, the Istanbul-based spokesman for Failaq al-Rahman.

"The most important points under negotiation are a ceasefire, ensuring aid for civilians and the exit of medical cases and injured people needing treatment outside Ghouta."

But a general evacuation of civilians and rebels was not on the table, he said.

In a month-long assault, pro-Syrian government forces have marched into much of Eastern Ghouta, the last major rebel bastion around Damascus.

Troops have splintered Ghouta into three besieged zones in one of the bloodiest offensives of the seven-year war, with rebels facing their worst defeat since the battle of Aleppo.

Standing in a neighbourhood street, Assad congratulated his troops during the visit broadcast on state-run Al-Ikhbariya TV. “We are proud of you,” he said.

He told the soldiers that they are not only fighting for the region but also to rid the world of terrorism.

“With every bullet you fire at a terrorist, you change the balance in the world,” Assad said.

Some 1,400 civilians have been killed in the offensive, according to the Syrian Observatory for Human Rights, a UK-based war monitor.

A number of patients requiring urgent medical attention have been evacuated from the northern pocket and some aid has entered there. This has not yet happened in the southern pocket.

After a morning of calm, shelling and ground battles resumed across Eastern Ghouta on Sunday afternoon, the Syrian Observatory for Human Rights said.

The United Nations office for the coordination of humanitarian affairs (OCHA) said on Thursday at least 20,000 people had left Eastern Ghouta in the past week, most from the southern pocket through the Hammouriyeh area.

The Observatory said about 50,000 had fled the southern pocket in the past 72 hours and thousands left on Sunday.

Assad’s visit comes on the week the war enters its eighth year, a war that has devastated large parts of Syria, and displaced nearly half of the population.

What started as peaceful protests against his family’s long rule turned into a civil war after a heavy crackdown. The government has fought the opposition for years, using its air force and artillery and solicited help from its Russian and Iranian allies, who threw their weight behind Assad.

The Syrian army opened a corridor near Hammouriyeh this week and civilians have been making their way out towards army positions on foot, hauling their belongings with them.

OCHA said conditions for those remaining in Eastern Ghouta are "dire".

"There is limited food, with reports of the usual ration of bread for one day being consumed over the period of a week to 10 days; insufficient sanitation and hygiene support for those living in basements, and increased risk of communicable disease," it said.

Also on Sunday, state TV said the Syrian army had given a group of rebels in another pocket, the smaller Harasta area, an ultimatum to withdraw.

An opposition official from Ghouta privy to the negotiations told Reuters a delegation had left Harasta and was working out the terms of a deal that would follow previous surrender accords for rebel-held areas subjected to bombardment and siege.

On Sunday afternoon he said there was an agreement in principle and it would be enacted within 24-48 hours.

Local rebels were offered two choices - either to leave to opposition areas in northern Syria or settle their situation and become part of local pro-government militias that would maintain security.

Other terms of the deal would ensure that they handed over their weapons, he added.

Syria War
Tensions in Syria's Daraa are getting out of hand
Syria War
“What did this child do?” At least 23 killed by Russian attack in northwest Syria
Syria War
Family of eight among 40 killed in Russian-led strikes on Syria's northwest