IS 'recruiter' urged to trade secrets for Australian consular aid

Neil Prakash, once considered Australia's most wanted man, is offered consular aid in Turkey in return for intelligence on IS 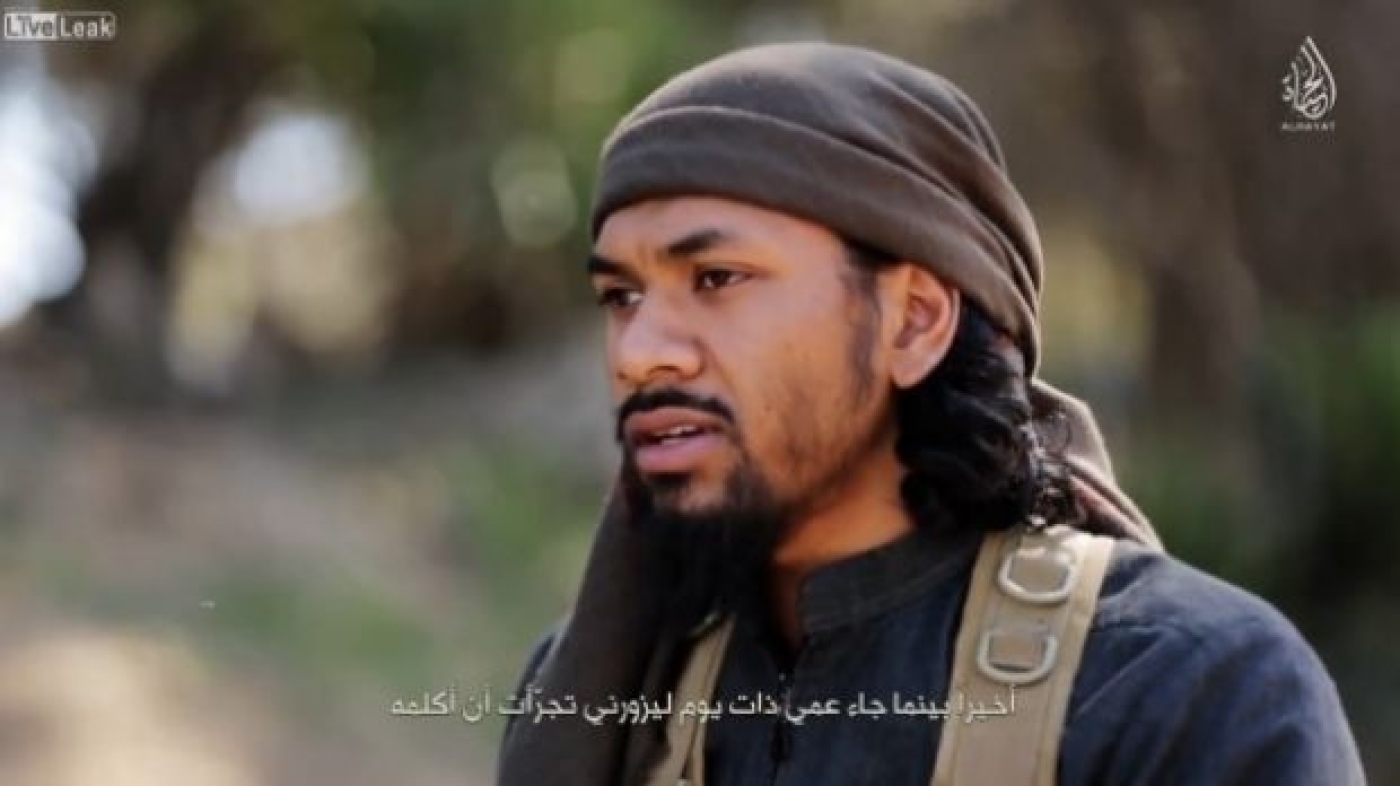 An alleged Islamic State group (IS) recruiter once considered Australia's "most wanted man" is now being offered consular assistance by the Australian government in the hope that he will divulge the group's secrets.

Neil Prakash is being held in a maximum security prison in Gaziantep, southern Turkey, on terrorism charges after attempting to cross into Turkey from Syria using false documents.

The 26-year old has been visited twice by Australian officials.

Greg Hunt, Australia's health minister, told Channel 7 news the government was focused on gathering intelligence Prakesh could share about IS "so as to protect Australians at home and abroad".

The foreign ministry confirmed that Prakash was receiving "basic" Australian consular assistance which may allow him to contact family members and find legal representation.

Prakash is subject to a formal extradition request from Australia. However, he must still face terrorism charges in Turkey, which a spokesperson for the Australian attorney general's department said "need to be respected and allowed to be completed".

Melbourne-born Prakash was raised a Buddhist in a family of Fijian and Cambodian descent. He left for IS in 2013.

Under the nom de guerre Abu Khaled al-Cambodi, Prakash has featured in IS videos exhorting his fellow countrymen to join the group, and was seen as the group's most high-profile Australian recruit.

His Australian passport was cancelled in October 2014, and federal police issued a warrant for his arrest through Interpol in August 2015.

The US mistakenly announced Prakash was killed in a drone strike on a bank in Mosul in October 2016. Instead, Prakash arrived in Turkey later that month.

Prakash told Australian officials his entire story -  from fighter to fugitive -  and said that he had spent six months on the run from IS after receiving death threats from a commander.

He paid a people-smuggler $4,000 to cross into Turkey from Syria but was arrested by soldiers on 23 October, according to Newscorp.

For months he claimed to be a Cambodian national called Piseth Duong, but reportedly told authorities his true identity in March and sought Australian consular assistance.

"My real name is Neil Christopher Prakash," he told a Turkish court in June, according to Newscorp. "I want to remain in Turkey, I am a Muslim. I went to Syria to fight alongside Daesh [Islamic State]. I stayed with Daesh for a period of three years.

"I received a two-week religious training. I taught myself how to use the Kalashnikov. They didn't give me any training. I was present in the cities of al-Raqqa, Mosul and Membic.''

In May the Austalian prime minister, Malcolm Turnbull, said Prakash was likely to be extradited to Australia within months, where he would lock him up for life.

This comes as Australia braces itself for some of the 100 Australians who have left for IS to return.

The country has measures on its books to deprive dual nationals of their citizenship, which would effectively bar some fighters from re-entry into the country. Syria War
IS fighters returning to Europe in the hundreds, says EU report Islamic State
US kills Trinidadian IS fighter, then adds him to terrorism list