The deal has made it too dangerous for some local smugglers to keep working, sending prices north and leading refugees to fill the gap 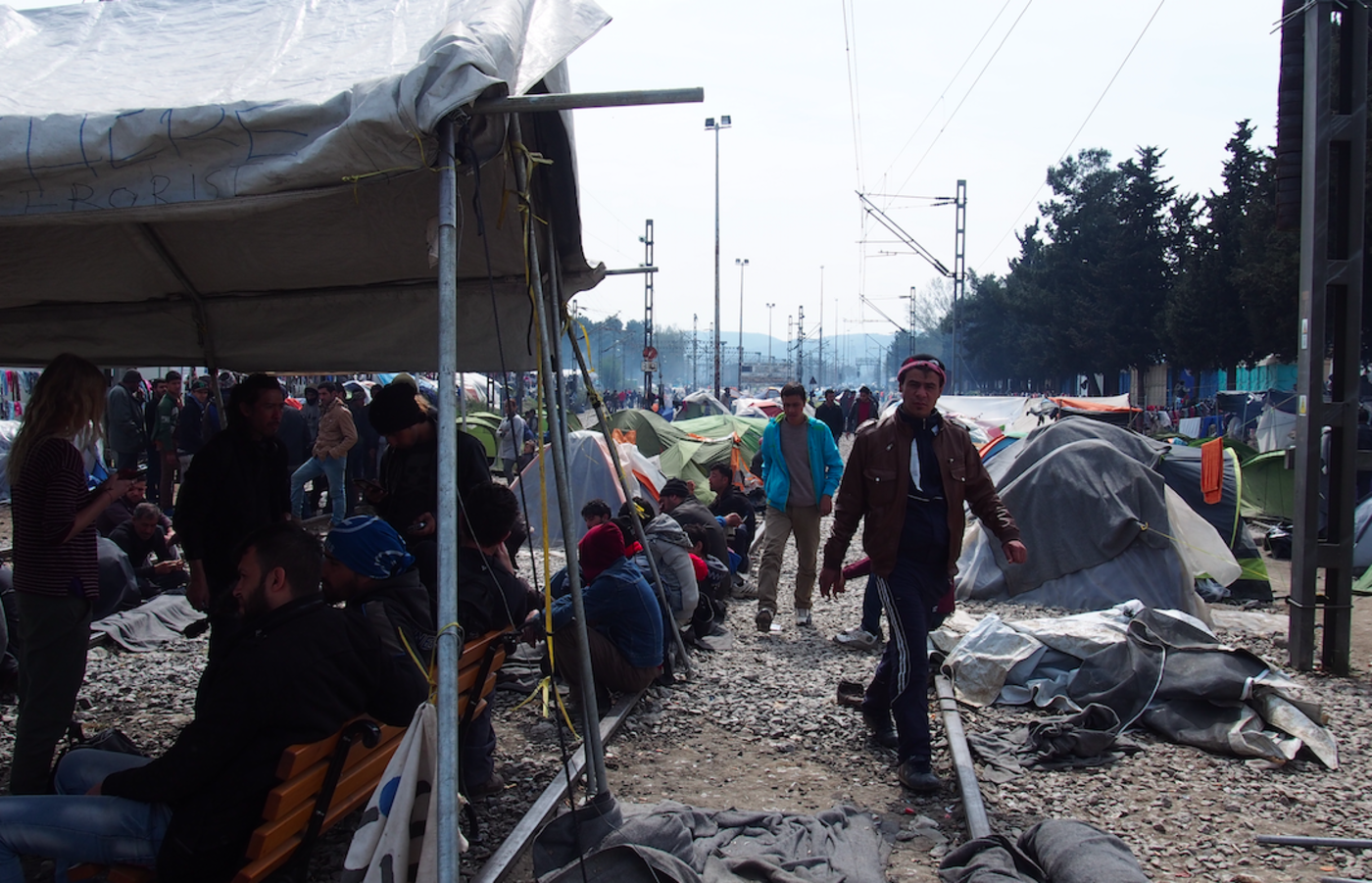 IDOMENI, Greece – Refugees and migrants in Greece have begun joining smuggling networks in growing numbers in a desperate bid to earn enough cash to pay for their own journeys north since the signing of a tough migration deal between the EU and Turkey.

In Idomeni, the northern border between Greece and Macedonia where more than 11,000 people have been stuck for weeks, the smugglers have been out in full force since the controversial deal officially – slated as a major blow to smuggling rings in Turkey and Europe - began to be implemented and the first migrants sent back.

In contrast to the stated aim of cutting down on smuggling, smugglers can be seen in parking lots of hotels and abandoned gas stations, nor are the locals working alone.

In their bid to earn enough cash to make it north, some of the refugees and migrants stranded in Greece have started working as “fixers” for the smugglers, while smaller groups, mostly from Afghanistan, have started to self-organise and develop their own smuggling routes through parts of the Balkans.

While the development is not altogether new, and some new arrivals have long stayed on with smugglers, the practice appears to be accelerating and is happening more in the open than ever before.

Abdi, who said he fled Somalia, said that he paid $200 to an Afghan “guide” who took him from Mytilene in Lesbos to Idomeni to avoid being registered and therefore deported.

“A friend and I paid a man whom we met in Lesbos to take us safely to Idomeni to avoid registration. We paid $200 per person and we changed transportation often. The man was not Greek but from Afghanistan,” said Abdi, who like many others says that he will do whatever it takes to make it north and will not turn back.

“I don’t have a where or to what to return to,” said Abdi who did not want to give his last name for security concerns. “In case the borders don’t open, I will continue my trip even if I have to give all the money I have left to the smugglers.”

Salman, from Sanaa in Yemen, said that he paid $900 to a smuggler from Afghanistan who helped him get from Idomeni to Serbia after he decided that the situation in Idomeni was so desperate that he had to take the risk.

“I was lucky to be able to pay the Afghans because I could not afford the price the Greeks charge. We crossed the border on foot and a van was waiting for us on the Macedonian border. The vehicle was full and I did not see the driver but in the morning we were in Serbia,” said Salman.

But they were the fortunate ones. Director of Serbia’s Asylum Protection Centre, Rados Djurovic, told reporters that 80 to 85 percent of people who use these less formal smuggling networks do not make it to their desired destination, and are instead left stranded and penniless.

Despite the dangers, growing numbers of people feel they have no choice as border closures and barbed wire fences have made paying smugglers even more expensive.

Karam, a Syrian refugee who paid smugglers to get to Germany last year and has now returned to Greece as a volunteer, says that prices have gone up and that he only paid $2,700 to make it all the way to Germany, significantly less than the journey would cost today.

“When I travelled to Germany, the smugglers did not see us as people but as commodities. We were often in risky situations during the trip and they didn’t care much. The only thing important to them was to transfer us as quickly as possible and return back for a new tour of people. I suppose they treat people even worse now,” said Karam.

"I think that today, in this situation, I would apply to stay in Greece.”

At an Idomeni hotel that has become a key hot spot, refugee tents and expensive cars are now clearly seen occupying the same car park. Many of those who want to travel north come here to negotiate their fare. Local Greek smugglers charge between $670 and $900 to get to Macedonia, and $2,750 to $3,200 to Italy and between $3,000 and $4,000 euro to make it to Austria via Hungary.

While previously people would travel north with relative ease, the new restrictions mean that many get stuck for weeks or months. Some happen to learn the terrain well enough to show the way, while others are able to get work with smugglers as translators or assistants in a bid to secure enough funds to pay their own journey. A third alternative has also risen up, with refugees and migrants being forced into the lucrative cigarette smuggling business.

Cigarettes are much cheaper in Macedonia than in Greece, and at the border camp the cheaper brands north of the border are everywhere to be seen in the camp.

Ali, a 25-year-old Syrian refugee from Palmyra told MEE that some of his friends got into the cigarette smuggling business to earn enough money to continue their journey.

“My friends meet outside the camp where they buy cigarettes that come from the Macedonian side of the border,” he said. “From selling cigarettes, they can survive in the camp because the food we get here as aid is not enough. You need to buy some things here and many do not have money. When there is nothing else to do, there is trade.”

Ali says that an Arab “fixer” offered to take him to Austria for $2,750, which he cannot afford and is stuck in Idomeni waiting for the borders to open.

"I would go, but I do not have enough money. They seem like serious people [so I will wait]. I’m not going back to Turkey even if it costs me my life,” he said.

“You hear different things in the camp, there are a lot of rumours. Some say that the refugees are even transported on motorbikes. You must be careful with who you want to cross the border and how much you will pay for that. There are many frauds who will just disappear with your money.”

Goran, a taxi driver in Gevgelija, located on the Macedonian side of the border, admits to having smuggled refugees and migrants in the past but told MEE that the route was getting much too dangerous for him.

“We [the locals] used to smuggle some people across the border but as the regulations and sentences have become stricter, most gave up the job,” he said.

“Macedonia is an ethnically divided country, so the smuggling of people is now taken over by Albanian criminal groups from Skopje and Tetovo.”

He says he worries for any foreigners who try to compete and says that the gangs can dish out harsh punishments for anyone stepping on their turf, but as more people get trapped and repatriations speed up more people look to this as an option.