From shipwrecks, to fake air disasters, to terror attacks, little is out of bounds for the controversial programmes 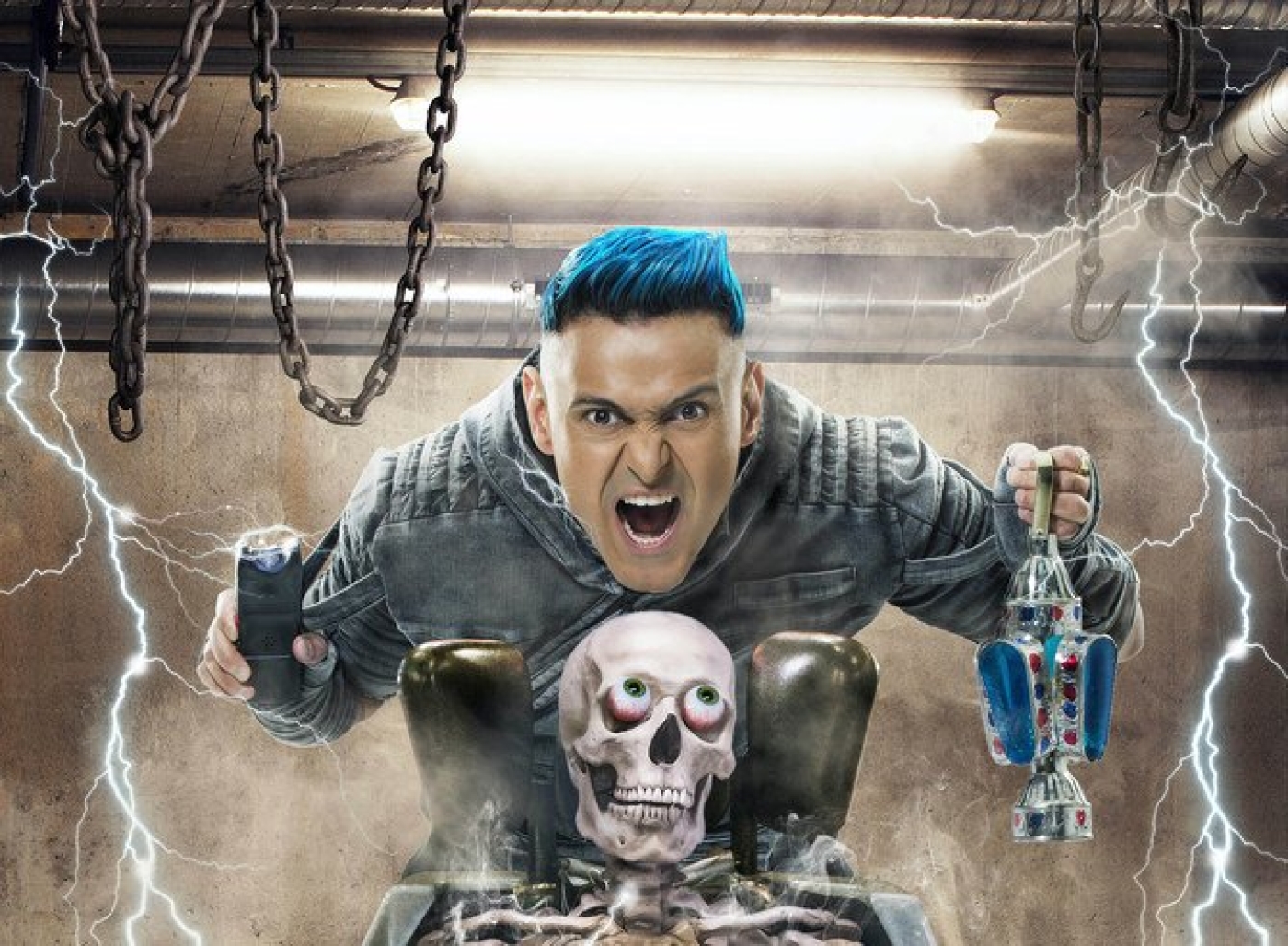 Infamous prankster Ramez Galal's show, "Ramez is Officially Crazy", has been heavily criticised for subjecting his guests to abuse (Screengrab/Twitter)
By
Yasmina Allouche

In the Middle East and North Africa, Ramadan is a popular month in the TV calendar where some of the year's most thrilling TV shows are anticipated.

Along with dramas boasting diverse storylines, notorious prank shows filmed with hidden cameras are some of the main culprits behind damning headlines year after year.

A few days into Ramadan and controversies from this year’s pranksters are already mounting, with nerves already on edge as people across the region grapple with the coronavirus pandemic.

Top of the controversial list since 2011 is infamous Egyptian prankster Ramez Galal, whose MBC show Ramez is Officially Crazy, in which he pranks some of the biggest stars from the world of entertainment, sport and media, has now been banned in Egypt for breaching the Media Syndicate Law.

The show, which will continue to be aired on MBC, has included simulated shipwrecks, fake air disasters and terror attacks. Despite the backlash to the bullying, verbal abuse, body shaming, injuries and sexual harassment claims, the show continues to air every year and has featured global stars like Shah Rukh Khan and Antonio Banderas.

Starting over the weekend, Ramez’s concept this year sees celebrities strapped into a confession chair believing they’re being interviewed before being plunged into water tanks and then surrounded by snakes and crabs and forced to say “Ramez Galal is a YouTube star".

#رامز_خطر_رسمي I can’t believe how such program is financed by the media mogul MBC! It’s completely out of line, out of context and mind manipulating. Fake acting and it’s not even funny!

#رامز_مجنون_رسمي This show should be really stopped I only watched the first 2 mins and I couldn’t support to watch more ! This isn’t funny at all .

This show is insanely disgusting and humiliating. If you think Ramez Galal is funny you seriously need help. pic.twitter.com/pEDD5rBEo6

Before the ban was issued, Egypt's General Secretariat of Mental Health at the Ministry of Health and Housing released a statement expressing concern that the show’s messaging contradicts measures in place to protect the mental wellbeing of Egyptians amidst the troubling coronavirus pandemic.

Translation: "I announce solidarity and support for the statement issued by the General Secretariat of Mental Health at the Ministry of Health and Housing. Human lives are a responsibility @ramezgalal and @mbc_group. Exploiting clowning around and entertainment as an excuse for crimes for the youth's sake, and to sell ads is a cheap move and needs to stop"

The head of the complaints committee of the Egyptian Supreme Media Council, Gamal Shawky, had also confirmed the show was under investigation for a number of breaches.

The Saudi-owned MBC Group issued its own statement on Monday reassuring viewers that all guests give their approval for the episodes to air which ensures there is a framework of mutual understanding and trust.

This also alludes to viewers' suspicion that many of the guests featured are in fact in on the prank and are simply being paid to act and enable the show's success.

The show is one of the channel’s most lucrative when it comes to viewing figures, with 34 million tuning in for the first episode alone.

In 2017, an Egyptian cleric issued a ruling against Ramadan prank shows, stating they were unlawful under Islamic law, which does not “permit people to do anything that would scare another person”.

Along with the pranksters, a number of dramas aired in the last few days have also provoked criticism.

Leading the controversies are two dramas broadcast by MBC which have been accused of promoting Arab normalisation with Israel, including a drama which depicts a Jewish family living in Kuwait in the 1940s.

Meanwhile in Syria, TV drama A Meeting with Mr Adam follows an investigator looking into the "unsolved death" of a fictional young woman who closely resembles Rehab al-Allawi, who was tortured to death by the Syrian authorities in 2013.

The controversial scene shown during Ramadan on Saudi TV in which one Saudi actor advocates for normalization with Israel against Palestinians, saying Palestinians attack Saudi Arabia despite everything it did for them over the decades: pic.twitter.com/s2VzwQza7X

Algeria is another hotspot for the prank shows, known by its French name caméra cachée, which have provided a number of shocking moments over the years.

One channel is already embroiled in controversy after airing a humiliating prank in which a man believing he is on a game show is “gifted” a wife as his prize for answering correctly.

The Audiovisual Regulatory Authority issued a warning on Sunday to Numidia TV for attacking “the honour and the reputation of people” and for showing little “respect for human dignity".

Many took to social media to voice their anger at the show’s "misogyny" and to express sympathy with the humiliated subject. A petition was also drawn up to demand the successful suspension of the programme.

Translation: "Sign and share! This channel has broadcast a shameful hidden camera for giving a woman as a gift to a man, after asking easy and simplistic questions. It has also humiliated a man in the first episode, threatening his dignity. This show creates a degrading image of the Algerian and Algeria so we're calling to suspend it"

The television channel later removed the programme, which it described as an “isolated error stemming from a bad judgement which does not in any way reflect the channel's priority to serve the Algerian family by presenting it content adapted to the values ​​of Algerian society, especially during the month of Ramadan”.

Algerian prank shows have often come under fire for normalising violence and misogyny for the purpose of entertainment considered tasteless compared with their counterpart creations of the 1960s and 1970s.

In 2017, novelist Rachid Boudjedra filled a crimi­nal complaint against Ennahar TV after he was tricked into believing he had been arrested for “atheism and espionage”.  In 2015, there was also heavy criticism after former Rangers footballer, Madjid Bougherra, was subjected to a fake terrorist kidnapping plot - a sensitive area given the country’s tragic history with terrorism following the civil war of the Black Decade in the 1990s.

Similar programmes have aired in Tunisia, such as Private Hospital, which was condemned by the National Council of the Medical Order for trivialising violence and humiliating healthcare workers, and The King which has been criticised by Moroccans for mocking King Mohammed VI.

In Morocco, one of the prank shows recently aired depicted a woman accusing men of harassment after asking them for directions - a problematic use of a serious issue which sees thousands of women suffer from high levels of harassment and abuse on a daily basis.

Calls to ban the shows resurface annually but little is done to remove them from popular viewing schedules. Covid-19
Ramadan TV: The shows that beat the coronavirus lockdown