Revolutionary Guard leader says fighters from Iraq, Pakistan and Afghanistan have entered Syria in response to call from President Assad 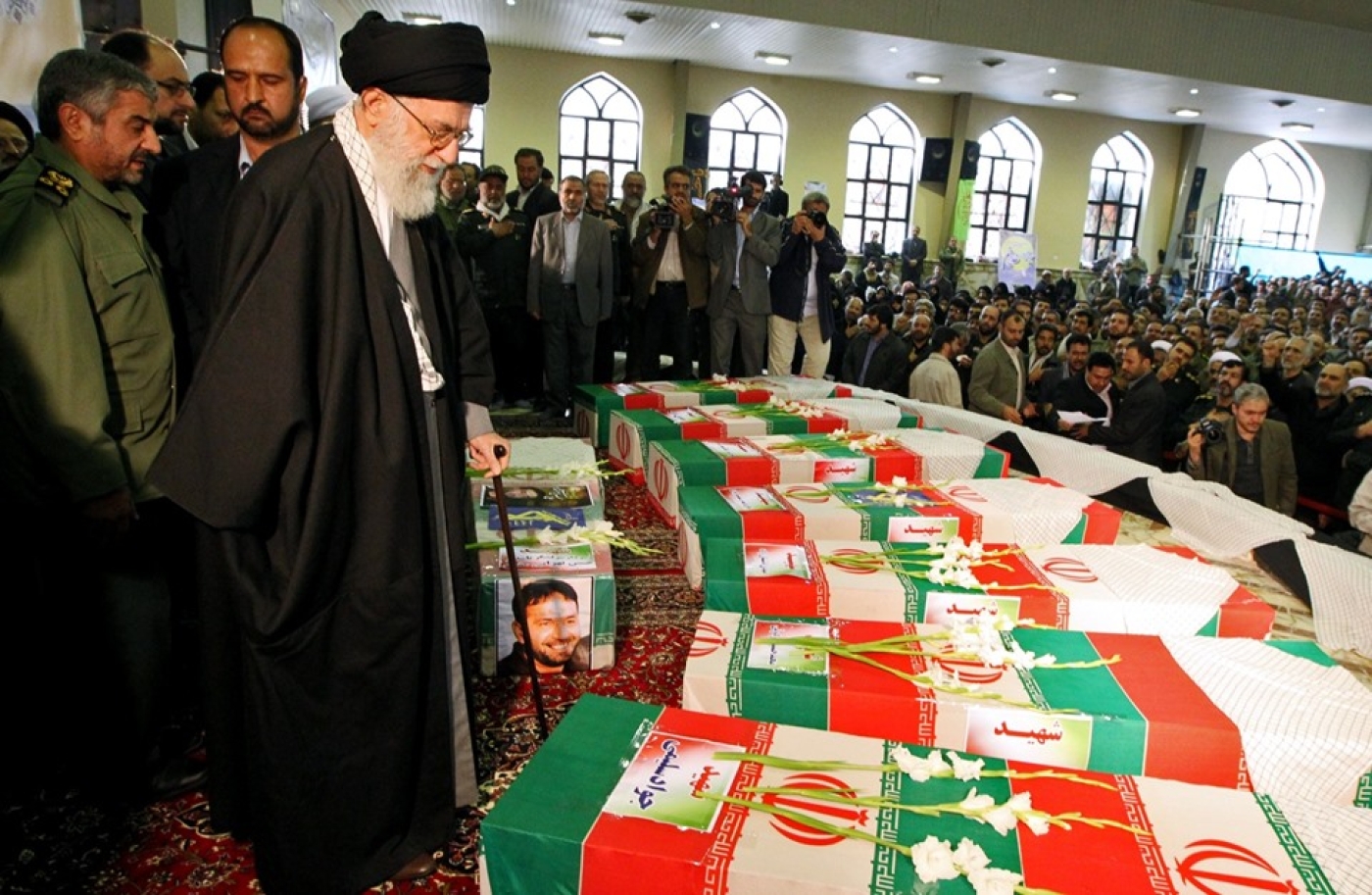 An Iranian news site close to the country's elite Revolutionary Guard military force has acknowledged the deaths of at least 200 of its fighters in Syria, as fighting on the ground continues to intensify.

Farsi-language news website Tabnak, which was founded by a former Revolutionary Guard chief and is considered to be close to the group, said on Tuesday that 200 fighters from the Fatemiyoun Brigade have been killed so far fighting in Syria.

The Fatemiyoun Brigade is a force composed of Afghan refugees living in Iran, who are reportedly paid $500 a month and promised residency papers in return for fighting alongside Syrian government forces.

Iranian officials have so far declined to mention casualty figures arising from their participation in Syria’s civil war, which has seen regional rivals Iran and Saudi Arabia give their backing to opposing sides.

But the deputy commander of the Revolutionary Guard, a wing of the military established after the 1979 revolution to prevent foreign interference in Iran, admitted on Monday that casualties were on the rise.

“Our number of martyrs is not high,” Brigadier General Hossein Salami told Iranian state television on Monday, “but compared to before it is more noticeable.”

“This is because the Syrian army is occupied with reorganising its military – that is why Shia military forces from Pakistan, Iraq, Afghanistan and Iraq have entered alongside our forces in Syria.

“Because of this we are seeing an increase in the number of casualties in military operations there.”

Salami said Iran had sent more military advisers and trainers to Syria in response to a call for help from Syrian President Bashar al-Assad.

Assad’s campaign to reassert control over Syria after more than four years of civil war has faced setbacks recently, with the prime minister promising this month to raise army salaries to combat the large numbers of people fleeing to avoid military conscription.

However, forces allied to Assad, which include fighters from the Lebanese militant group Hezbollah, recently received a boost when Russia began airstrikes to back up their movements on the ground.

There have also been reports that Russia suffered its first military casualty on the ground in Syria, after the reported death of 19-year-old Vadim Kostenko, who reportedly travelled to the country “as a contract soldier”.

Moscow has denied reports that Kostenko was killed in action, saying it was launching an investigation after a technical specialist took his own life in Syria.