Republicans using Israel to exploit divisions among their Democratic rivals 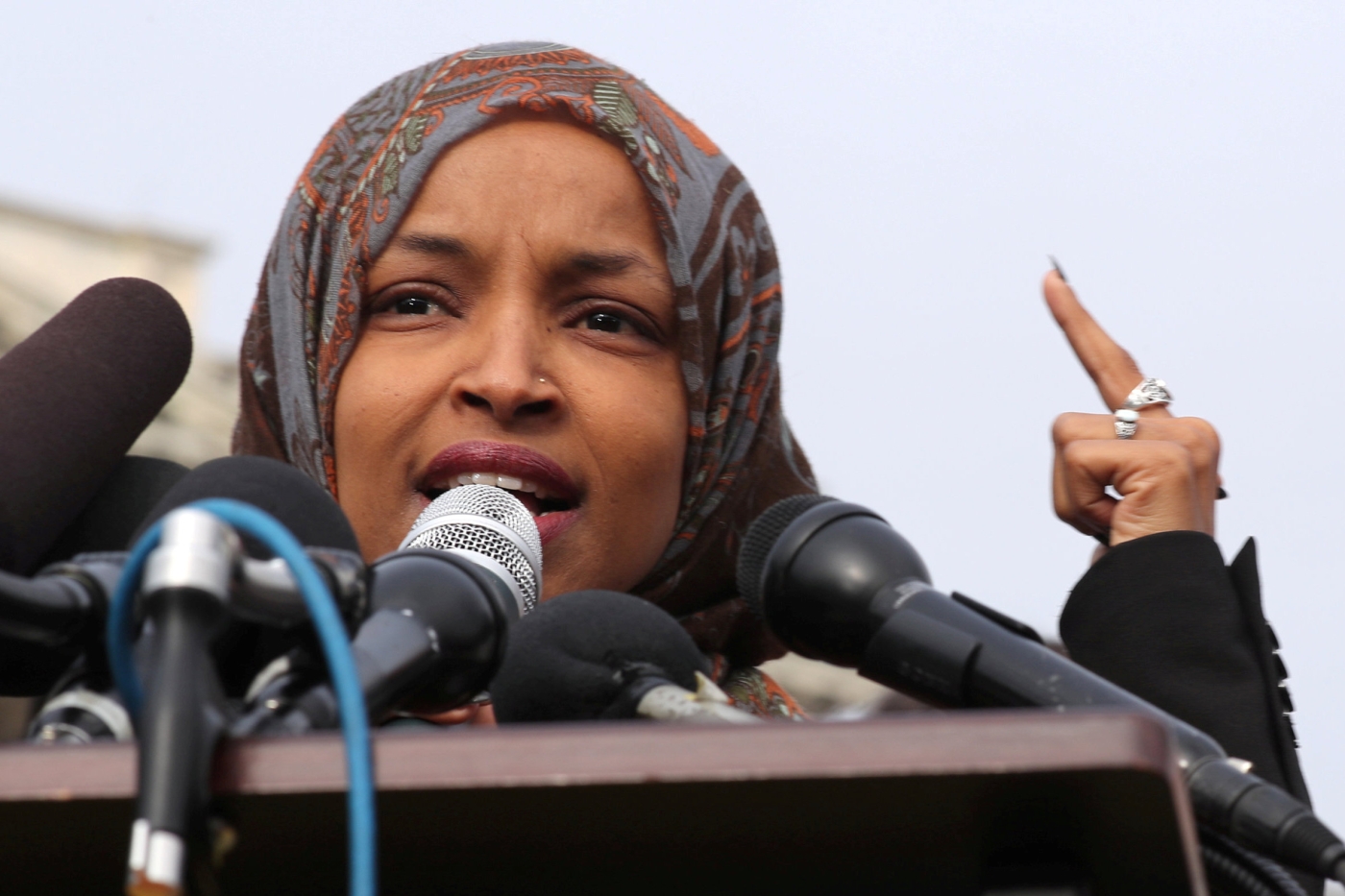 By
Sheren Khalel
in
Washington

Democrats rebuked one of their own this week, during a time of deep political polarisation in Washington.

The party's top lawmakers accused Congresswoman Ilhan Omar of using anti-Semitic tropes following her "Benjamins" tweet, in which she said that support for Israel is driven by political donors.

The biggest winners in the controversy, analysts say, are Republicans, who are trying to use Israel to create and exploit divisions among their Democratic rivals.

Omar and her fellow Muslim-American Congresswoman Rashida Tlaib have faced allegations of anti-Semitism from the moment they took the oath of office last month.

When Omar made the remark that sparked the latest outcry, she was responding to a tweet noting that Republican House Minority Leader Kevin McCarthy was threatening to punish her and Tlaib for their criticism of Israel.

Targeting Omar and Tlaib works for Republicans, experts told MEE, because it pits the traditionally pro-Israel leadership of the Democratic Party against the its emerging progressive base, which is increasingly sympathetic to Palestinians.

Public opinion polls show that Democrats are almost evenly split on their views of the Israeli-Palestinian conflict, while the overwhelming majority of Republicans sympathise more with Israel.

This shift within the Democratic Party has now reached the centres of power in Washington.

The party's leaders seek to minimise the growing divide, which is not what the Republican Party wants, said Maya Berry, executive director of the Arab American Institute.

"I would argue that beyond benefiting from the divide, they’re creating it," Berry told MEE.

She said Republicans have a vested interest in forcing Democrats to fall out with each other over the issue.

"No objective observer can say there’s no shift in the Democratic Party with regards to Israel and Palestine. The question is where will political elites and policy go from here?" Berry said.

US President Donald Trump, who is criticised for comments and policies often perceived as bigoted, quickly pounced on the controversy, calling on Omar to step down from Congress.

"Anti-Semitism has no place in the United States Congress," Trump said at a cabinet meeting on Tuesday.

The response from the Democratic leadership was less dramatic, but still condemning.

In a statement issued by Nancy Pelosi, the Democratic speaker of the US House of Representatives, and signed by top Democrats, the party heads demanded an immediate apology, accusing Omar of using "anti-Semitic tropes" and calling her remarks "deeply offensive".

Within a few hours, Omar issued an apology for the language she used.

Still, Omar doubled down on what she called the "problematic role of lobbyists in our politics", calling out the American Israel Public Affairs Committee (AIPAC) for a second time.

Berry says it's clear that Democrats must have a real discussion on how to handle the shift in the party going forward.

"There is no question that this will be an issue in 2020," she said, referring to the forthcoming US presidential elections and the Democratic primaries before that.

'Will [Democrats] continue to be reactive with these very public instances on social media that we've seen recently or will they have a real discussion?'

"Republicans will make sure it is central to the debate, but the question is, and what I am worried about, is how the Democrats will respond," she said.

"Will they continue to be reactive with these very public instances on social media that we've seen recently or will they have a real discussion?"

Indeed, foreign policy schisms in the Democratic Party are becoming apparent ahead of the 2020 elections.

Khaled Elgindy, a fellow in the Center for Middle East Policy at the Brookings Institution in Washington DC, said the debate around the party's historical pro-Israel policies is set to be a major wedge issue in the primaries, pitting members of the Democratic Party's old guard against some newly elected progressives.

"The bedrock of support for Israel is starting to crack," Elgindy told MEE.

"Democrats are having to answer for policies that they didn’t used to have to answer for and the leadership is being called out."

Republicans in step with Netanyahu

Israel has been moving rightward on the political spectrum, Elgindy said, making it more difficult for Democrats to maintain their commitment to the government of Israeli Prime Minister Benjamin Netanyahu when pitted against their domestic political interests.

The growing divide between some Democrats and Netanyahu has been evident for some time.

In defiance of then-US President Barack Obama, a Democrat, Netanyahu delivered a speech in Congress against the Iran deal in 2015.

Israel's cosying up to Republicans has become even more apparent since Trump took office, putting pro-Israel Democrats in an uneasy position as they attempt to defend Israel without appearing to back Trump.

Case in point are the larger-than-life Netanyahu campaign ads that appeared in Jerusalem and Tel Aviv this month, featuring the Israeli prime minister with Trump.

"As the Republican Party has kind of shifted the American discourse more and more to where the Israeli right is, that has created this rift that was already growing in the left wing of the Democratic Party," Elgindy told MEE.

"But now it is also making moderates and centrists in the Democratic camp very uncomfortable because they can’t align themselves with the policies of Netanyahu that are pro-settlement, anti-two-state solution and pro-occupation."

Whether the shift in the Democratic Party is in response to Republican policy or because of it, the Republicans seem to have everything to gain from the shaky ground the Democrats find themselves navigating, Elgindy said.

"Either the Democrats will cave and adopt the Republican definition of what it means to be pro-Israel or Democrats will have the draw a line and say no, but open themselves up to being criticised as being insufficiently pro-Israel."

Omar and Tlaib have become easy targets of such criticism because of their support for Palestinian rights - and Muslim faith, activists say.

The two Muslim congresswomen are the first to ever openly support the Boycott, Divest and Sanctions (BDS) movement, a non-violent campaign that seeks to pressure Israel politically and economically to stop its abuses against Palestinians.

Last month, three House Republicans introduced a symbolic resolution to condemn the "anti-Israel and anti-Semitic hate infiltrating American politics and the halls of Congress", calling out Omar and Tlaib by name.

The two have continuously denounced accusations of anti-Semitism, insisting their views are against the Israeli occupation of Palestine, not Judaism or Jewish people.

Following the resolution, House Republicans moved beyond singling out Omar and Tlaib, blaming the entire Democratic Party for what they called "bigoted rhetoric toward Israel".

"This is the mainstream position of today’s Democratic Party and their leadership is enabling it," a statement by the Republican House leadership said late last week.