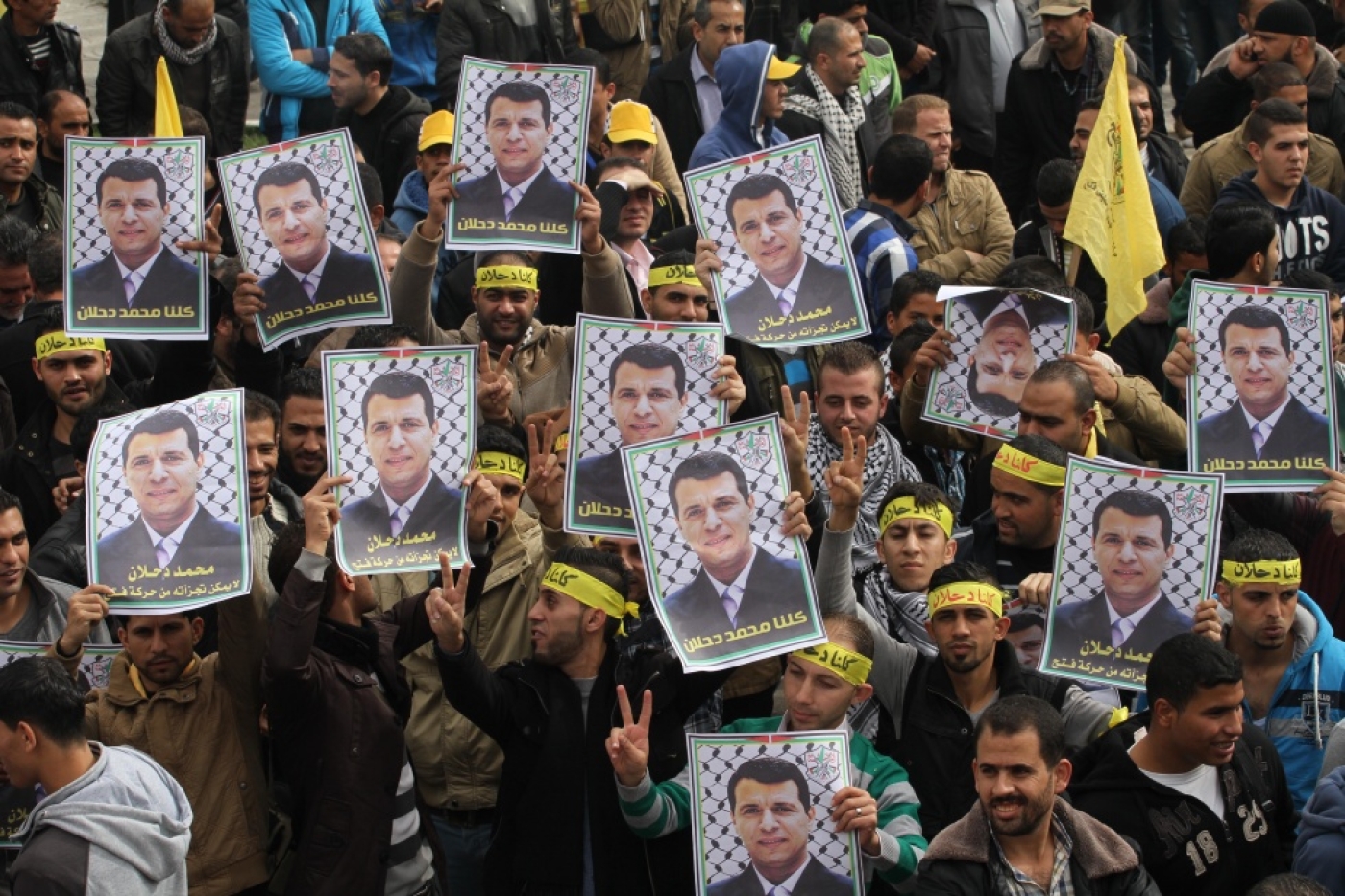 GAZA CITY - Palestinians loyal to expelled Fatah leader Mohammed Dahlan gathered in the center of Gaza City on Thursday, holding banners and posters against President Mahmoud Abbas, blaming him for the continued suffering in Gaza Strip and blocking the reconstruction of Gaza following Israel's most recent destruction.

The rally comes a few days after a conference supporting him in Gaza City, despite Fatah’s leadership warning members against attending the conference. An estimated 2,000 Palestinian Authority security officers who chose to attend anyway were sacked, according to a Fatah source.

In the wake of the dismissals, an aide to Dahlan told local media that those who had their wages cut would be compensated for the loss. It was not immediately clear whether this was an offer from Dahlan’s pocket or another source.

Pro-Dahlan activists also started websites to express their support for the former Fatah leader. One Facebook page, called “Mahmoud Abbas does not represent me”, is thought to have been created by Fatah activists and has gained over 150,000 followers.

Neither Dahlan nor Abbas are saying anything publicly, at least yet, about the latest chapter in a years-long spat, undergirded by a struggle over both international and local power and influence between the two.

Dahlan, who resides in the United Arab Emirates, is originally from Khan Younis, in the southern Gaza Strip. Until 2007, when Fatah-Hamas fighting erupted after Hamas won the Palestinian parliamentary elections, Dahlan was the strongest Fatah man in Gaza and the Strip was nicknamed “Dahlanistan” during his rule.

Dahlan’s accession began in 1994 when he was named head of the Gaza branch of the Preventive Security Force, the Palestinian security services created as part of the Oslo Accords. The force was US-funded and numbered some 20,000 men, making it one of the most powerful Palestinian security branches in existence.

As a result of the security coordination between the agency and Israel during the early years of the Second Intifada, which started in 2000, and the subsequent arrest of Hamas leaders, the role did not make Dahlan a popular man amongst Gaza’s Islamist movements.

In June 2011, with mounting financial and corruption charges against Dahlan, Fatah’s Central Committee decided to drop him from the party. With some popularity remaining amongst party members, he rejected the decision but was unable to keep his membership, despite the support he still has among Fatah members in Gaza.

One of their most fierce naming-and-shaming campaigns took place last March. In Fatah’s Revolutionary Council, Abbas blamed Dahlan for participating in the assassination of former Palestinian president Yasser Arafat. Dahlan denied the long-standing claim and swiftly responded, saying Abbas was helping foreign and Israeli leaders achieve their own agendas.

Earlier this month, dormant Dahlan-Abbas squabbling was renewed when Rafeeq Al-Natsheh, chairman of the PA’s Anti-Corruption Commission, referred a case of misused funds against Dahlan to a court dealing with financial corruption. Dahlan said the move was a “political sentence”.

In the streets of Gaza, anti-Abbas fliers are increasingly posted to walls and doorways, with some accusing the president of destroying Fatah and maintaining the Gaza blockade.  One poster reads, “Enough, it’s time to challenge Abbas and his group”. Dahlan’s loyalists deny that they are behind the notices.

Meanwhile, social media comments highlight another reality - those posting on the anti-Abbas pages are not necessarily in support of Dahlan but just want to express their anger and frustrations regarding the continued blockade on Gaza.

"Neither Abbas nor Dahlan is fit to lead the Palestinian people," said one post.

Hamas leader Salah al-Bardawil said his movement approved protests this week after many supporters said they wanted to demonstrate against the blockade. When they hit the streets, however, many protesting the blockade and hammering Abbas also voiced support for Dahlan.

Meanwhile, Bardawil revealed to Middle East Eye that, in addition to supporting the PA security forces fired this week, Dahlan has pledged support for those affected by this summer’s war.

Writing on his Facebook page, Dahlan said that Thursday's protest in Gaza is “the start of breaking the silence after long patience and suffering caused by the deviant approach”.

He said that he will not allow “the threatening of honourable people or blackmailing them through their wages”.

Dahlan also warned that some may not have seen the messages of his Fatah public support, but what is coming will be more. He did not elaborate.

Despite tense relations between Dahlan and Hamas leaders whose arrests he ordered when he was in power in the late 1990s, and the threat Dahlan could pose to the Palestinian unity government, Hamas does not seem to be overly concerned about allowing Dahlan loyalists to demonstrate.

Some of the posters spread across the walls of Gaza universities suggest that Fatah pro-Dahlan members will organise a mass rally on 15 January.  When asked about whether Dahlan was returning to Gaza, Bardawil, said only, “Dahlan did not ask, and we have not studied this issue.” 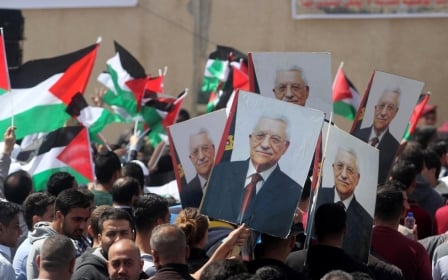