Hundreds of migrant workers staged a demonstration outside a mall in Dubai on Tuesday, protesting against the removal of overtime pay.

Riot police were deployed to Sheikh Mohammed bin Rashid Boulevard in downtown Dubai in response to a walk-out by employees - primarily from South Asia - of the Arabian Construction Company, working on the Emaar Properties Fountain View apartment complex.

Reuters quoted one worker, a Pakistani, saying that a worker's basic salary was less than 500 dirhams ($136) and that with overtime pay they could earn almost twice that amount.

"We don't have overtime work anymore so we're striking. I'm not afraid to ask for my rights," he said.

The Dubai Media Office later tweeted saying that police had “resolved the issue of Fountain Views workers gathered in Boulevard demanding bonuses” which reportedly provoked cheers from the striking workers.

Emaar Properties said in a statement that it maintained good working conditions to the standards required by UAE law.

“Emaar works with established and large contracting companies that have a good track record and strong organisational structure for our projects. We have clear guidelines for our contractors to ensure that they follow industry best practices."

The UAE has earned a reputation internationally for poor migrant working conditions.

A complaint brought to the UN by the International Labour Organisation in November 2014 said expatriate workers were with “alarming frequency” found to be “trapped in exploitative practices that may amount to forced labour.” 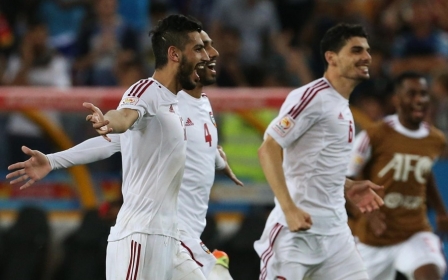