While there was no immediate claim of responsibility, it was third attack in week to target US troops or diplomats 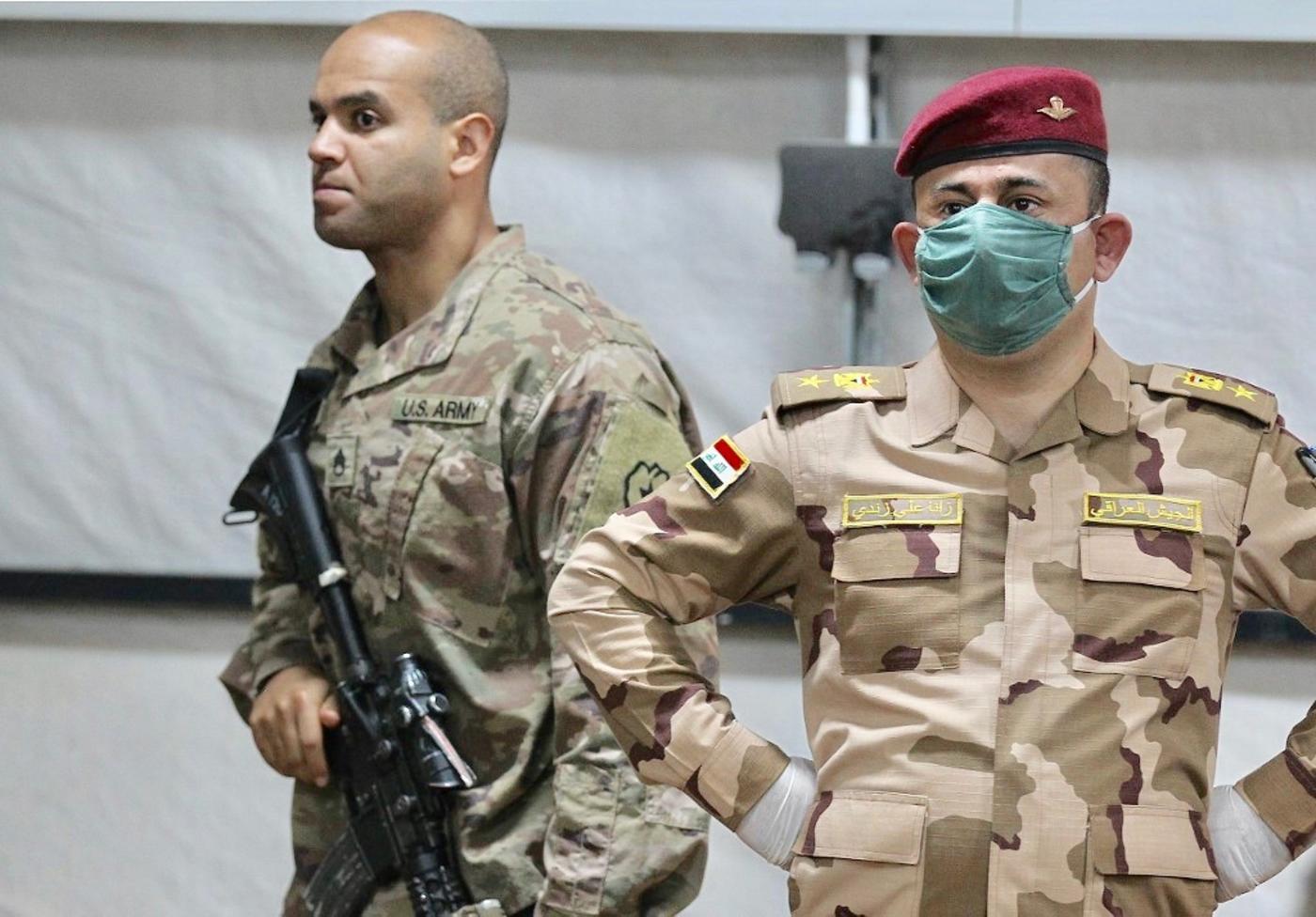 A US soldier, left, and an Iraqi army officer at Qayyarah air base in northern Iraq earlier this year (AFP/File photo)
By
MEE and agencies

A rocket attack late on Saturday north of Baghdad hit an Iraqi base but missed US-led coalition troops stationed there, Iraq's military and a coalition official said.

A statement from Iraq's security forces said the rockets landed but did not cause any damage to the Taji base, according to AFP. A US-led coalition official confirmed the projectiles fell outside the coalition's part of the base.

While there was no immediate claim of responsibility, it was the third attack in a week to target US troops or diplomats.

Two rockets struck the grounds of the vast Baghdad airport complex on Monday and an unguided rocket hit close to the fortified US embassy two days later.

Since October, at least 30 attacks have targeted American troops or diplomats, severely straining ties between Baghdad and Washington.

Tensions reached a boiling point in January when the US killed Iranian general Qassem Soleimani and Iraqi commander Abu Mahdi al-Muhandis in a drone strike in Baghdad.

Washington has accused armed groups backed by Iran, Iraq's powerful neighbour and the US's top regional foe, for the repeated rocket attacks. It has also blamed the Iraqi government for not doing enough to protect US installations.

Washington and Baghdad are hoping for a reset after opening a strategic dialogue this week that aims to better define their military, economic and cultural relationship.

As part of the talks, the US pledged to continue reducing in-country troop levels, which numbered about 5,200 last year.

Iraq, meanwhile, vowed to "protect the military personnel" operating on its territory as part of the US-led coalition fighting remnants of the Islamic State group.