Row breaks out in Iraq over Kurdish flag on Talabani coffin A row has broken out over the use of the Kurdish flag rather than Iraq's colours at former president Jalal Talabani's funeral, at a time of Iraqi-Kurdish tensions.

Social media is abuzz with chatter over the choice of flag at Friday's funeral in Sulaimaniyah, Talabani's fiefdom in the autonomous Kurdish region of northern Iraq.

The funeral of Talabani, who served as president from 2005 to 2014 and was seen as a unifying force in Iraq, came barely a week after an Iraqi Kurdish independence vote that has deepened divisions between the Kurdish region and Baghdad.

Ala Talabani, a legislator and a niece of the late president, said an Iraqi flag had been brought for the funeral. "We were surprised that it was no longer there," she said.

She was also not expecting the funeral to have been organised by Barzani's Iraqi Kurdish leadership rather than her uncle's own Patriotic Union of Kurdistan party.

A Shia Arab political leader, Ammar al-Hakim, called for an "apology" over the absence of the Iraqi flag.

Going further, Karim al-Nuri, spokesman for the powerful Iran-backed Badr paramilitary organisation, condemned what he called "a fault" committed by Barzani and his wife.

"They did it on purpose... They are not foolish enough to imagine they can keep insulting Iraq without us reacting and without all this leading us into dangerous waters," he said. 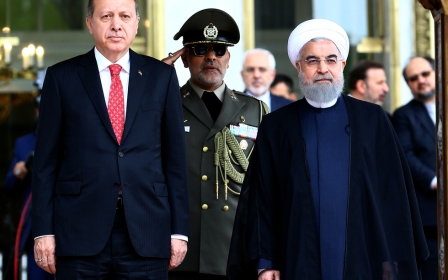