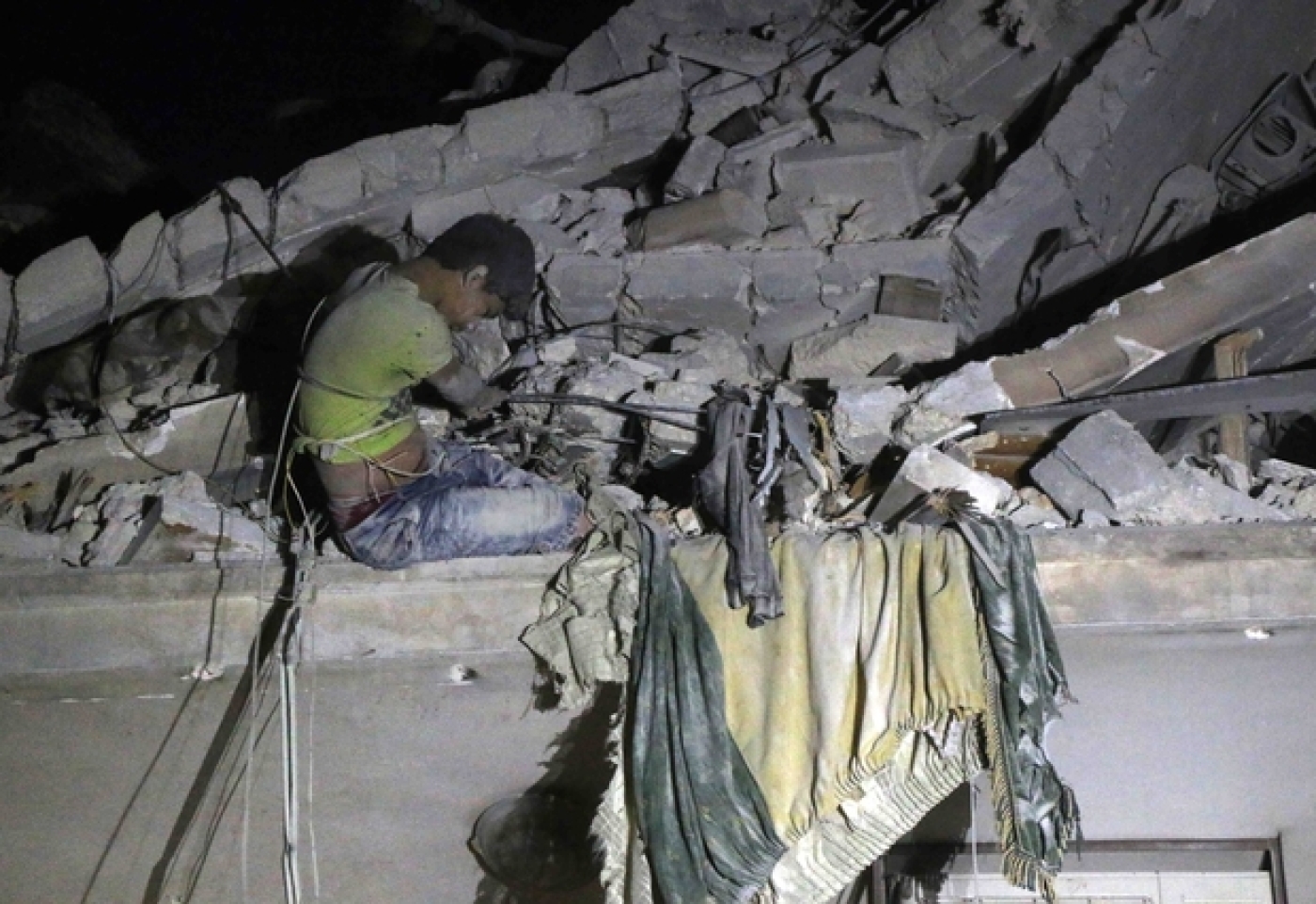 Russian President Vladimir Putin (R) shakes hands with his Syrian counterpart Bashar al-Assad (L) during their meeting at the Kremlin in Moscow on 20 October, 2015 (AFP)
By
MEE and agencies

Russian and Syrian armed forces will pause attacks on the Syrian city of Aleppo for eight hours on Thursday so that civilians and rebels can leave the city, the Russian defence ministry said on Monday.

However, the UN has said that an eight-hour pause will not be enough to deliver vital humanitarian aid.

"On 20 October from 08:00 (0500 GMT) until 16:00, a humanitarian pause will be implemented in the area of Aleppo. For that period, Russia's air force and Syrian government forces will halt air strikes and firing from other weapons," said Russian defence ministry official Sergei Rudskoy.

"We have taken a decision not to waste time and to introduce 'humanitarian pauses', mainly for the free passage of civilians, evacuation of the sick and wounded and withdrawal of fighters," he added.

"Fighters from the opposition factions will be able to leave eastern Aleppo if they wish to through humanitarian corridors from 08:00 on 20 October."

Russia also said it is prepared to discuss "any" peace initiative that is proposed.

The UN welcomed the ceasefire announcement but said more than an eight-hour pause was necessary.

"We would welcome any pause in the fighting, but there is a need for a longer pause in order to get the aid in," said UN spokesman Stephane Dujarric.

The announcement came as the EU said Monday that Russian actions in east Aleppo may amount to war crimes.

"Since the beginning of the offensive by the regime and its allies, notably Russia, the intensity and scale of the aerial bombardment of eastern Aleppo is clearly disproportionate," European Union foreign ministers said in a statement after talks in Luxembourg.

"The deliberate targeting of hospitals, medical personnel, schools and essential infrastructure, as well as the use of barrel bombs, cluster bombs, and chemical weapons, constitute a catastrophic escalation of the conflict ... and may amount to war crimes," they said.

The denouncement came after a bloody 24 hours in the besieged city, which saw 45 civilians reportedly killed by air strikes.

The UK-based Syrian Observatory for Human Rights said five children were among the dead on Monday in the rebel-held district of Marjeh in east Aleppo.

Dozens more people were wounded or still trapped under rubble.

Fourteen members of the same family were killed in one air strike, according to the White Helmet Civil Defence rescuers.

A list of the dead published by the Civil Defence included several infants, among them two six-week old babies and six other children under the age of eight or below. The Civil Defence identified the jets as Russian.

An AFP correspondent in the eastern districts said White Helmets rescuers were still working Monday morning to pull about 20 people out of the rubble in Qaterji.

One civil defence volunteer said they had been unable to complete rescue missions overnight for fear of further air strikes by warplanes circling above.

A video posted to YouTube by the White Helmets showed 16-year-old Marouf being rescued after being left hanging from a building after surviving an air strike in Qaterji.

Both Russian and Syrian warplanes are carrying out air strikes over Aleppo in support of a major offensive by government forces to capture rebel-held parts of the northern city. 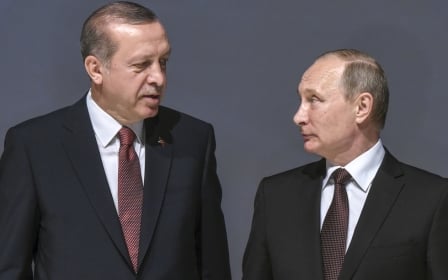