It was the seventh time that Russia, Syria's top military ally, has used its veto power to shield the Damascus government at UN 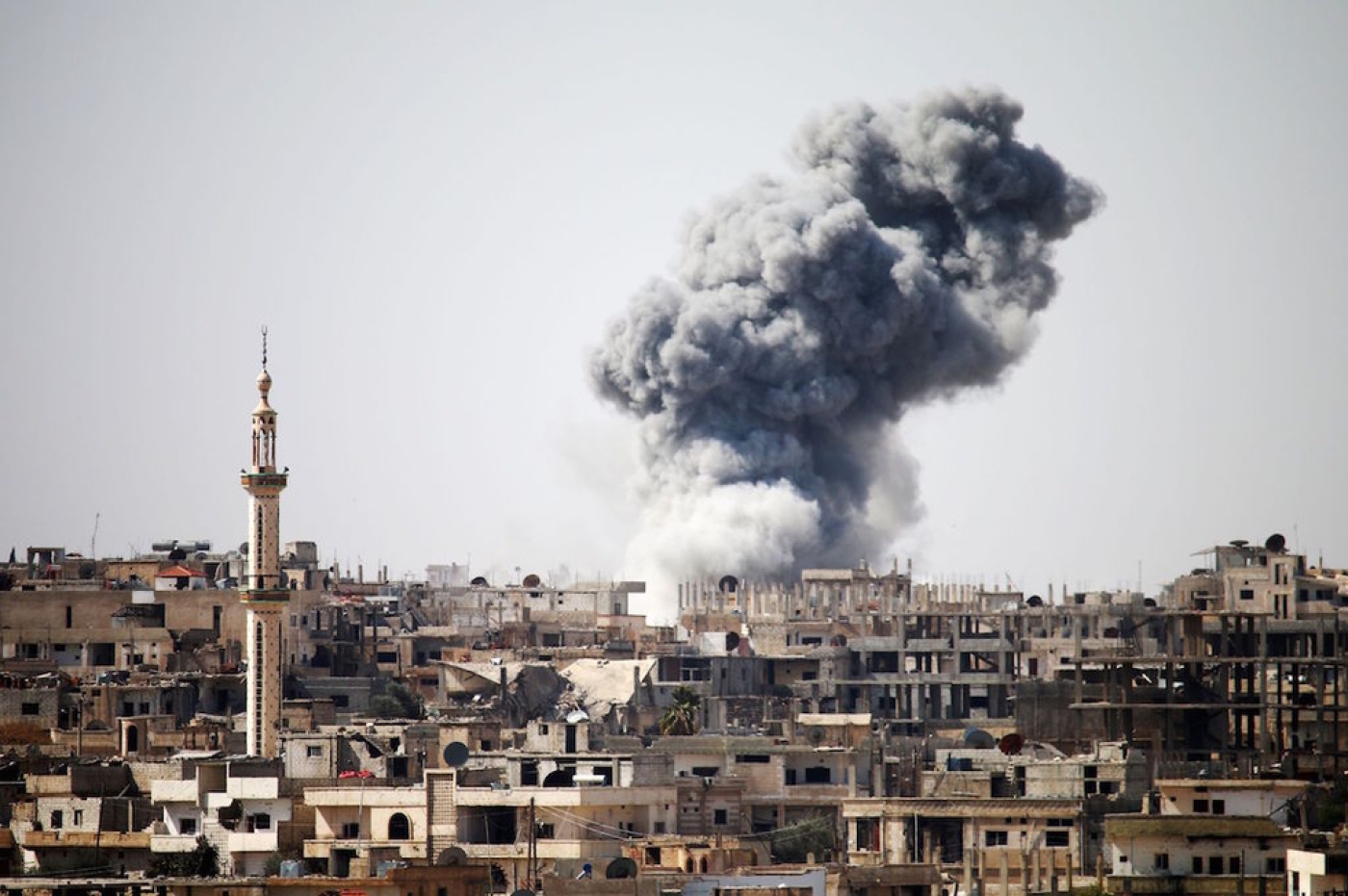 Russia and China on Tuesday vetoed a Western-backed UN resolution that would have imposed sanctions on Syria over chemical weapons use, as peace talks in Geneva showed no signs of progress on ending the nearly six-year war.

UN resolutions require nine positive votes and no veto to be adopted.

It was the seventh time that Russia, Syria's top military ally, has used its veto power to shield the Damascus government at the UN.

Russian President Vladimir Putin had earlier said that Moscow opposed any new sanctions against Syria as they would undermine peace efforts to end the country's protracted war.

"In terms of sanctions against the Syrian leadership, I think that now they are completely inappropriate," Putin said at a press conference in Kyrgyzstan.

"This would not help the negotiation process but would only interfere or undermine confidence," Putin said, adding that Russia "will not support any new sanctions in relation to Syria".

US Ambassador Nikki Haley shot back: "This resolution is very appropriate."

"It is a sad day on the Security Council when members start making excuses for other member states killing their own people," she said.

"The world is definitely a more dangerous place."

France slammed Russia for the veto. French Foreign Minister Jean-Marc Ayrault said Russia bore a "heavy responsibility towards the Syrian people and humanity as a whole".

The resolution was "essential for peace and international security", he added.

"In Syria, the use of chemical weapons by the regime and by Daesh (the Islamic State group), including against civilian populations, is intolerable," Ayrault said.

The resolution would have put 11 Syrians, mainly military commanders, and 10 entities linked to chemical attacks in 2014 and 2015 on a UN sanctions blacklist.

It included a ban on the sale of helicopters and of chemical agents to the Syrian armed forces or the government.

A UN-led investigation concluded in October that the Syrian air force had dropped chlorine barrel-bombs from helicopters on three opposition-held villages in 2014 and 2015.

A fresh round of UN-led peace talks aimed at ending the Syrian conflict are currently struggling to get off the ground in Geneva.

Putin - whose military intervention in Syria helped turn the tables in favour of President Bashar al-Assad - lamented that the negotiations in Switzerland are "not going as smoothly as hoped".

Russia's delegation looks set to meet the High Negotiations Committee (HNC), the main opposition group, in Geneva on Wednesday, with the Assad opponents urging Moscow to step up pressure on Damascus.

Russia also called Tuesday for "terrorism" to be included on the agenda of UN-sponsored peace talks on Syria in Geneva. The agenda for the moment focuses on three "baskets" or areas: governance, constitution and elections.

The Assad government's delegation chief, Bashar al-Jaafari, demanded at the weekend that all opposition factions present in Geneva condemn a suicide assault that killed dozens Saturday near Syria's third city of Homs.

UN Syria envoy Staffan de Mistura launched the latest round of talks last Thursday, but as in previous sessions there appears little prospect of the two sides meeting face-to-face.

In response, the main opposition High Negotiations Committee (HNC) said its "positions are clear in condemning terrorism and terrorists".

"Jaafari is stalling, they don't want to start the political transition," the HNC spokesman told AFP on Sunday.

The discussions come as Turkish President Tayyip Erdogan promised Turkey-backed forces would move towards the northern Syrian town of Manbij after completing their operation in al-Bab as originally planned.

In a news conference in Ankara before embarking on an official visit to Pakistan, Erdogan also said the Syrian Kurdish YPG militia - which Turkey regards as a terrorist organisation - should be moved out to the east of the Euphrates river.

Erdogan also ruled out any chance of cooperation with the Syrian Democratic Forces (SDF), which includes the Syrian Kurdish militia.

Ilnur Cevik, an advisor to Erdogan, has said that Manbij would be the final stop for Turkey.

"As soon Manbij is captured, Turkey will stop its operation in Syria," he said in Moscow on Monday.