Russia's foreign minister said the Kremlin's support of Assad had not changed, despite statements in the media 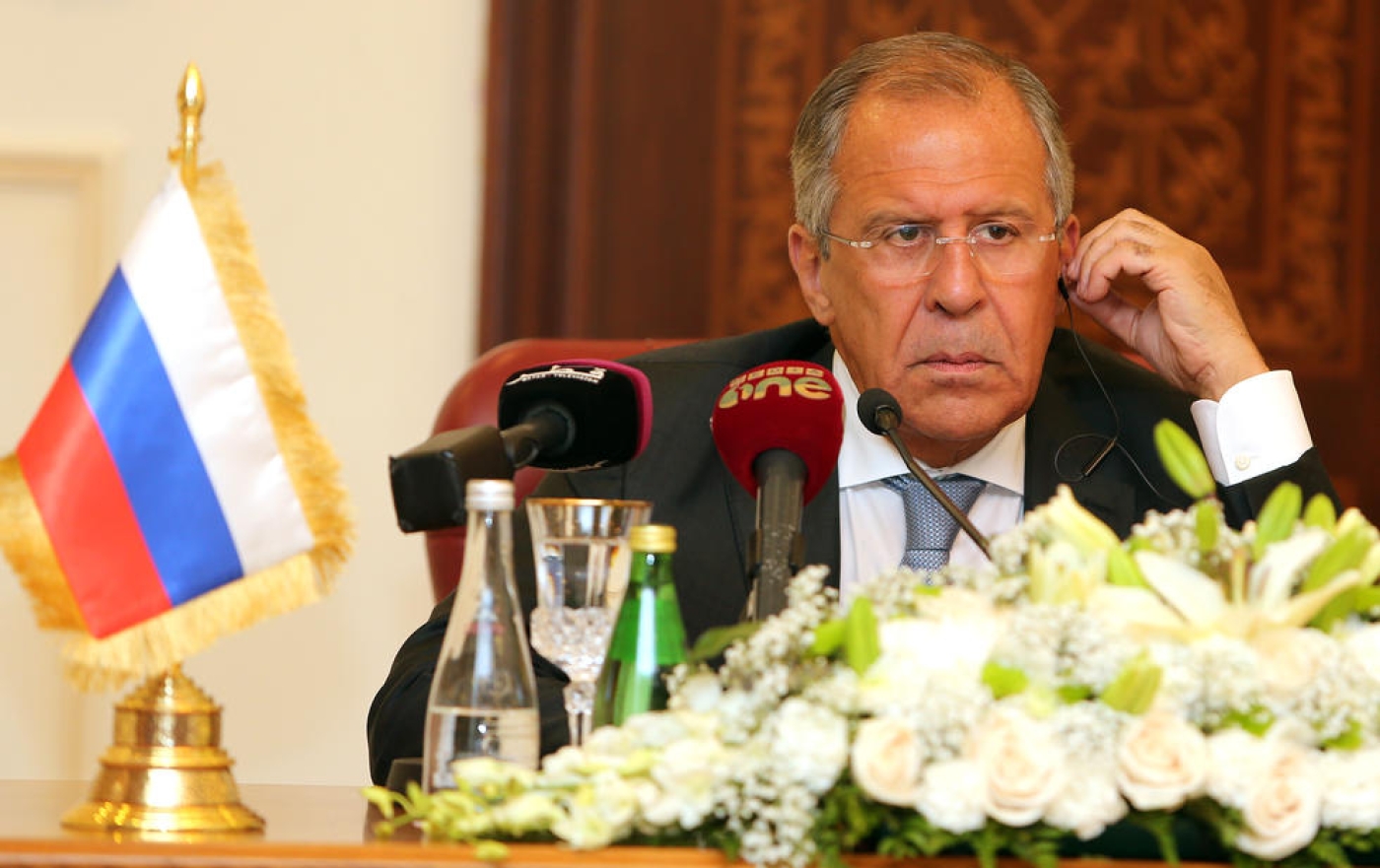 Russia has called for international cooperation in fighting the Islamic State (IS) that would include the governments of both Iraq and Syria, while at the same time condemning a shift in US policy in Syria as being detrimental to the fight against the armed group.

Foreign Minister Sergey Lavrov, speaking following talks with his US, Saudi and Qatari counterparts in Doha, launched his criticism in response to a question about a White House announcement that it would consider launching airstrikes against pro-governemnt forces in Syria in order to defend US-trained rebels.

“Tensions in the Middle East are increasing all the time and the situation in many countries is deteriorating dramatically,” Lavrov said. “Such deterioration does not meet anyone’s interests, with the exception of such terrorist groups as the Islamic State, Jabhat al-Nusra and others.

“Everyone admits that air strikes alone are not enough and that a like-minded coalition should be formed to include those who are opposing the terrorist threat on the ground with arms in hand. I am referring to the Syrian army, the Iraqi army and the Kurds.”

Lavrov told reporters that Russia had previously condemned a US-led coalition to fight IS in Iraq and Syria as “illegitimate and counterproductive”.

“It reflects a violation of international law in principle, while in practical terms it creates, in effect, an obstacle to the formation of a united front in the struggle against the Islamic State, Jabhat al-Nusra and related terrorist groups,” he added, emphasising that the US had not consulted the Syrian government for its agreement in the campaign.

The US said the airstrikes would be designed to protect the "moderate Syrian opposition" and those groups that had been trained by the US.

“Up until now all cases of US instructors training militants from the so-called 'moderate opposition' in the territory of neighbouring countries led to a situation where the overwhelming majority of those militants turned up in the camp of the extremists,” said Lavrov.

“I don’t think that I’ve managed to shake the US position. We clearly differ on this issue.”

Earlier this week, the Sunday Times newspaper, citing a senior Syrian official, reported that the Kremlin had brokered talks between Syrian intelligence officials and their Saudi Arabian counterparts in Riyadh last month.

Bin Salman in June met with Russian President Vladimir Putin, and that meeting was apparently the precursor to this one.

The future of Syrian President Bashar al-Assad has long been a sticking point in any talks on the civil war that has devastated the country.

Russia has been a vocal and long-time ally of Assad, while Saudi Arabia has been angling to weaken his grasp on power.

On Monday, however, rumours that the Kremlin was softening its stance when it comes to Assad seemed to be confirmed by Turkish President Recep Tayyip Erdogan, AFP reported.

"Putin's current attitude toward Syria is more encouraging than before," Erdogan told a group of journalists on his presidential jet as he returned from a trip to Asia.

"He is no longer of the opinion that Russia will support Assad to the end. I believe he can give up Assad," he was quoted as saying by the Daily Sabah and Sabah dailies.

Back in Doha, Lavrov seemed to skirt this issue of Assad when asked if his meeting with Ahmed Moaz al-Khatib, former head of the Syrian National Coalition could be seen as confirmation of Russia’s shifting loyalties.

“Russia has always advocated stopping the bloodshed in Syria. In this conflict no one benefits from our unconditional or any other support, except for the Syrian people,” he said.

“Today, the biggest threat for this country, Iraq and the Middle East in general is the so-called Islamic State. We are providing military-technical support to the Syrian government so that it can counter this threat.”

He did, however, stop well short of removing Russian support for Assad.

“The meeting does not attest to any changes in Russia’s approach.”