Russia eyes new Syria plan as 300,000 in Aleppo could be cut off from aid 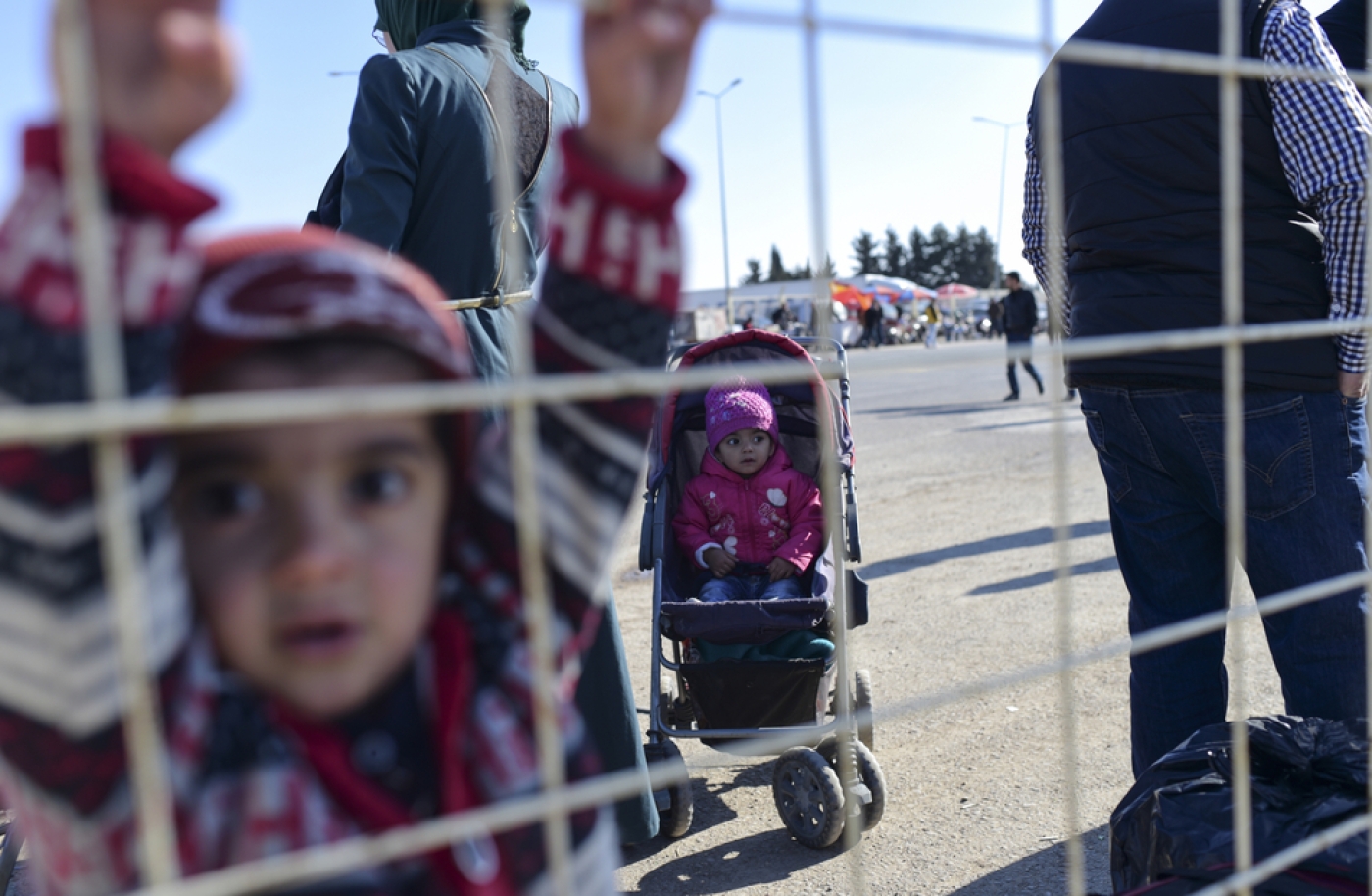 Russia has submitted a new plan for Syria's future to the US, including President Bashar al-Assad remaining in power, the Russian foreign minister said on Tuesday night.

Sergei Lavrov said that, "without disclosing details," he had "suggested an absolutely concrete scheme in contacts with Washington," he was quoted by the state TASS news agency as saying.

He reportedly said he hoped that "the very simple proposals" will not take too long "for Washington to consider".

Lavrov said US proposals - which demand an immediate ceasefire - have consistently been blocked because US regional allies refuse to accept terms unless Assad steps down first.

The latest Russian proposal came as the UN warned on Tuesday that hundreds of thousands of people could be cut off from basic aid if the Syrian government blocks the last road out of eastern Aleppo to the Turkish border.

The road has become increasingly dangerous as pro-government forces - backed by Russian air strikes - have attempted to cut off supply routes into the rebel-controlled eastern part of the city.

“If the GoS (government of Syria) and allies sever the last remaining flight route out of eastern Aleppo city it would leave up to 300,000 people, still residing in the city, cut off from humanitarian aid unless cross-line access could be negotiated,” the OCHA said on Tuesday.

The UN’s Office for the Coordination of Humanitarian Affairs warned that if the Syrian government closes in on eastern Aleppo, “local councils in the city estimate that some 100,000-150,000 civilians may flee toward Afrin and the western countryside of the Aleppo governorate".

According to the UN, as many as 31,000 Syrians have fled Aleppo city and the surrounding areas in the past few days.

The Syrian government has now encircled the rebel-held eastern part of the city, resulting in the forced displacement of tens of thousands of people who fled to the northern countryside.

Stephen O’Brien, the UN’s aid chief, said that he was “gravely concerned” by the mass movement, noting that 80 percent of the tens of thousands of refugees were women and children.

"The highest need and the best humanitarian response is for the bombing to stop," O'Brien said, when asked if Russia should halt its air campaign in Aleppo.

"All bombings should stop," he said.

Jakob Kern, the World Food Programme's country director in Syria said on Tuesday the situation in northern Aleppo was "quite volatile and fluid," with many families on the move seeking safety.

“We are extremely concerned as access and supply routes from the north to eastern Aleppo city and surrounding areas are now cut off but we are making every effort to  get enough food in place for all those in need, bringing it in through the remaining open border crossing point from Turkey.”

The UN aid agency also stated that the eight informal camps set up for the displaced refugees on the Syrian border with Turkey have reached “full capacity”.

A field worker for Doctors Without Borders told the AFP news agency that as many as 20 people were crowded into each tent that was designed to hold seven.

“There are no longer enough places for families to sleep,” Ahmad al-Mohammad said. “Many of them in the first days were sleeping in the streets and outdoors with blankets or covers.”

Turkey has said it fears the violence could drive up to 600,000 people to its border, in a "worst-case scenario".

The UNHCR issued a statement thanking Turkey for hosting Syrian refugees, and called on authorities to "ensure a broader access to Turkish territory for all those in need of international protection".

The statement urged the international community to "swiftly and meaningfully increase support to Turkey," in order to cope with the "magnitude" of the refugee crisis.

While Ankara says its open-door policy to Syrian refugees remains unchanged, it has kept the main Aleppo border crossing closed in recent days, focusing on sending assistance to camps just inside Syrian territory.

Mohammad said that the refugees were now “trapped” on the border.

“They’ve left their homes and everything they have behind, and they can’t get into Turkey,” he said.

The city of Aleppo has been divided in half since the summer of 2012. The Syrian government controls the west and the opposition controls the east. Much of the centre had been devastated by fierce fighting long before the government launched its current offensive.

Russia began its aerial offensive on 30 September 2015, announcing their aim was to target the Islamic State group (IS).

Speaking from Brussels, Tusk said that the Russian military intervention has directly aided the "murderous" Assad government, and contributed to thousands more refugees fleeing Syria to Turkey and Europe.

Moscow immediately hit back at the Merkel's comments, with Kremlin spokesman Dmitry Peskov stating that there is "no evidence" to prove such claims.

"Despite a huge number of such statements, no one up to now has presented a single [piece of] credible evidence as proof of these words," Peskov said.

The almost five-year Syrian conflict has killed more than a quarter of a million people and displaced 11 million more from their homes. 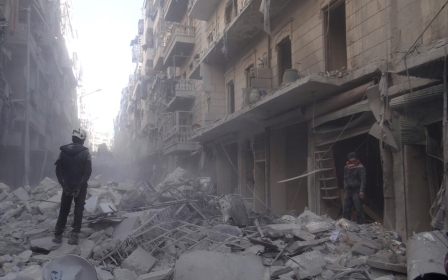 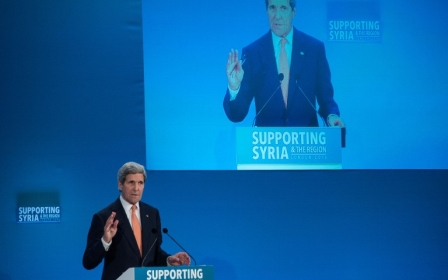 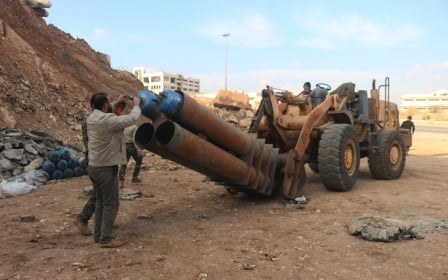