US reveals new evidence of Russian aircraft activity in Libya 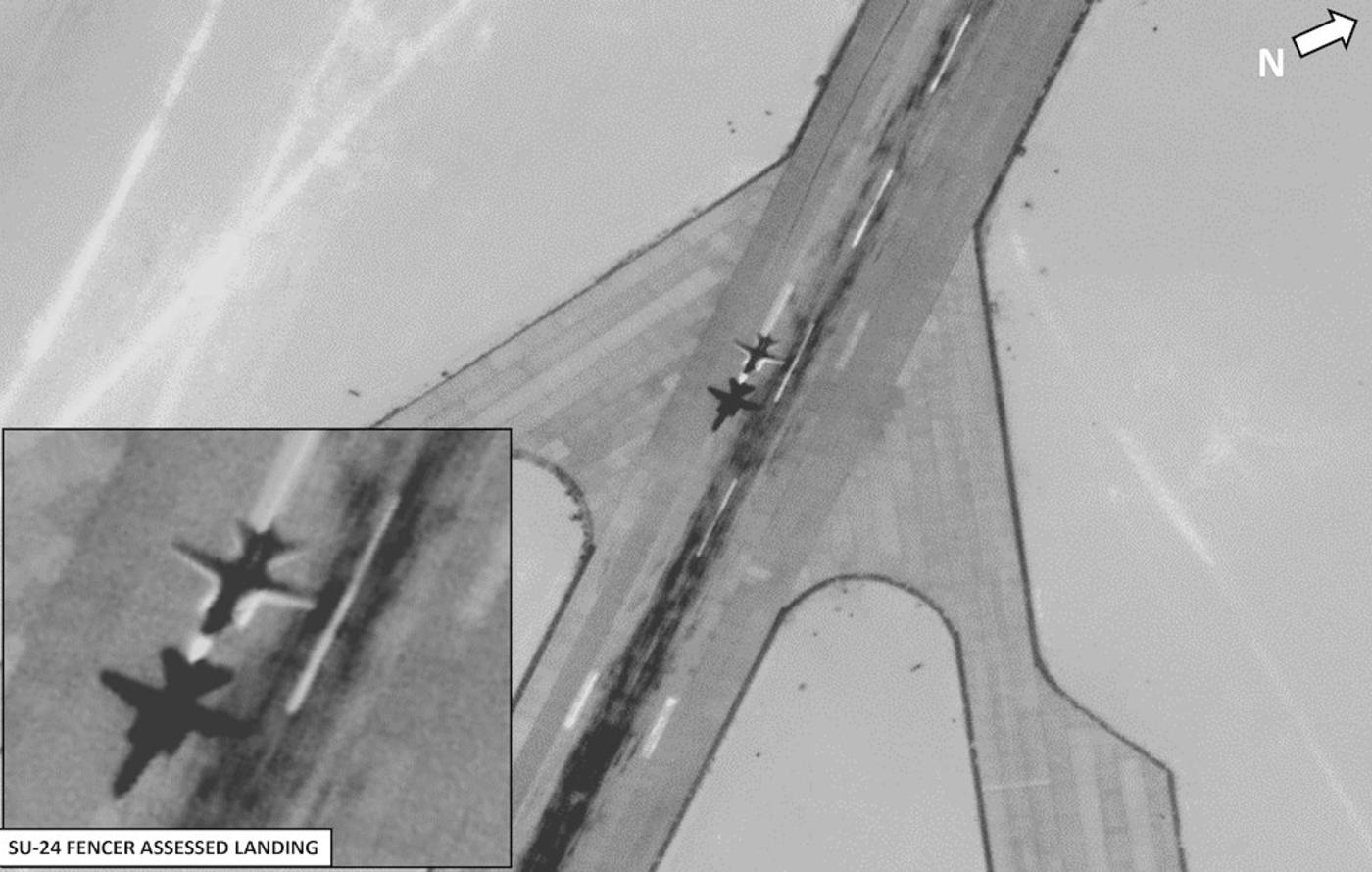 Russia's introduction of new aircraft to Libya "changes the nature of the current conflict", the US military said, adding that Moscow's support of militia leader Khalifa Haftar endangers Libyan civilians.

US Africa Command (US Africom) released new satellite images on Thursday of Russian-made Su-24 and MiG-29 jets, as well as a Spoon Rest mobile radar system that it said were taken over the al-Jufra airbase in central Libya.

The US command said the aircraft were being used to support Russian-backed mercenaries. Moscow has been accused of intervening in support of Haftar against the internationally recognised Government of National Accord (GNA).

"Russia's sustained involvement in Libya increases the violence and delays a political solution," Bradford Gering, US Africom director of operations, said in a statement. "Russia continues to push for a strategic foothold on Nato's southern flank and this is at the expense of innocent Libyan lives." The US military first released pictures of Russian jets in Libya in late May, saying that "Russian mercenary pilots flying Russian-supplied aircraft" are bombing Libyans on behalf of Haftar to "tip the scales" in his favour.

Still, over the past several weeks the opposite seems to have happened, with Haftar's self-styled Libyan National Army (LNA) suffering heavy defeats in its campaign to capture the capital Tripoli.

In May, military experts told MEE that the Russian warplanes would not be a gamechanger in the conflict because of the absence of ground control, scarcity of experienced pilots and already existing presence of similar air support from the United Arab Emirates.

"Bringing MiG-29s to Libya will change nothing: No variant of the MiG-29 could accomplish anything better than the Emirati Mirage 2000-9s and Wing Loongs already active in the Libyan theatre," Tom Cooper, a specialist in military aviation and conflict, told MEE at the time.

While pushing to capture Tripoli, Haftar announced late in April that he was abandoning a 2015 UN-sponsored agreement that produced the national unity government of the GNA.

Haftar also claimed that he had the "people's will and mandate" to govern the country - a move that was denounced as a coup attempt by the GNA.

After Libya descended into chaos following the overthrow of longtime leader Muammar Gaddafi in a Nato-backed uprising in 2011, Haftar formed his LNA with the support of the UAE and captured most of eastern Libya.

The conflict has also fuelled regional rivalries, with Turkey intervening to back the GNA against Haftar, who is also supported by Egypt.

Although the US officially backs the GNA, Tripoli has accused Western powers of covertly backing Haftar.

Last year, after US President Donald Trump spoke on the phone with Haftar, the White House said in a statement that Trump "recognised Field Marshal Haftar's significant role in fighting terrorism and securing Libya's oil resources".

US officials have recently become more vocal in their opposition to Haftar amid Russian interference.

Washington is now accusing Moscow of sending jets to Libya after camouflaging them in Syria to hide their Russian origin. The bulk of Russian fighters in Libya come from private military companies (PMC), not the army.

On Thursday, US Africom raised concerns that the mercenaries may not be equipped to fly the military aircraft being handed to them.

"There is concern these Russian aircraft are being flown by inexperienced, non-state PMC mercenaries who will not adhere to international law; namely, they are not bound by the traditional laws of armed conflict," Gering said.

"If this is true and bombing occurs, innocent Libyan lives are at risk."