Russia slams US claims of 'barbarism' in Aleppo onslaught 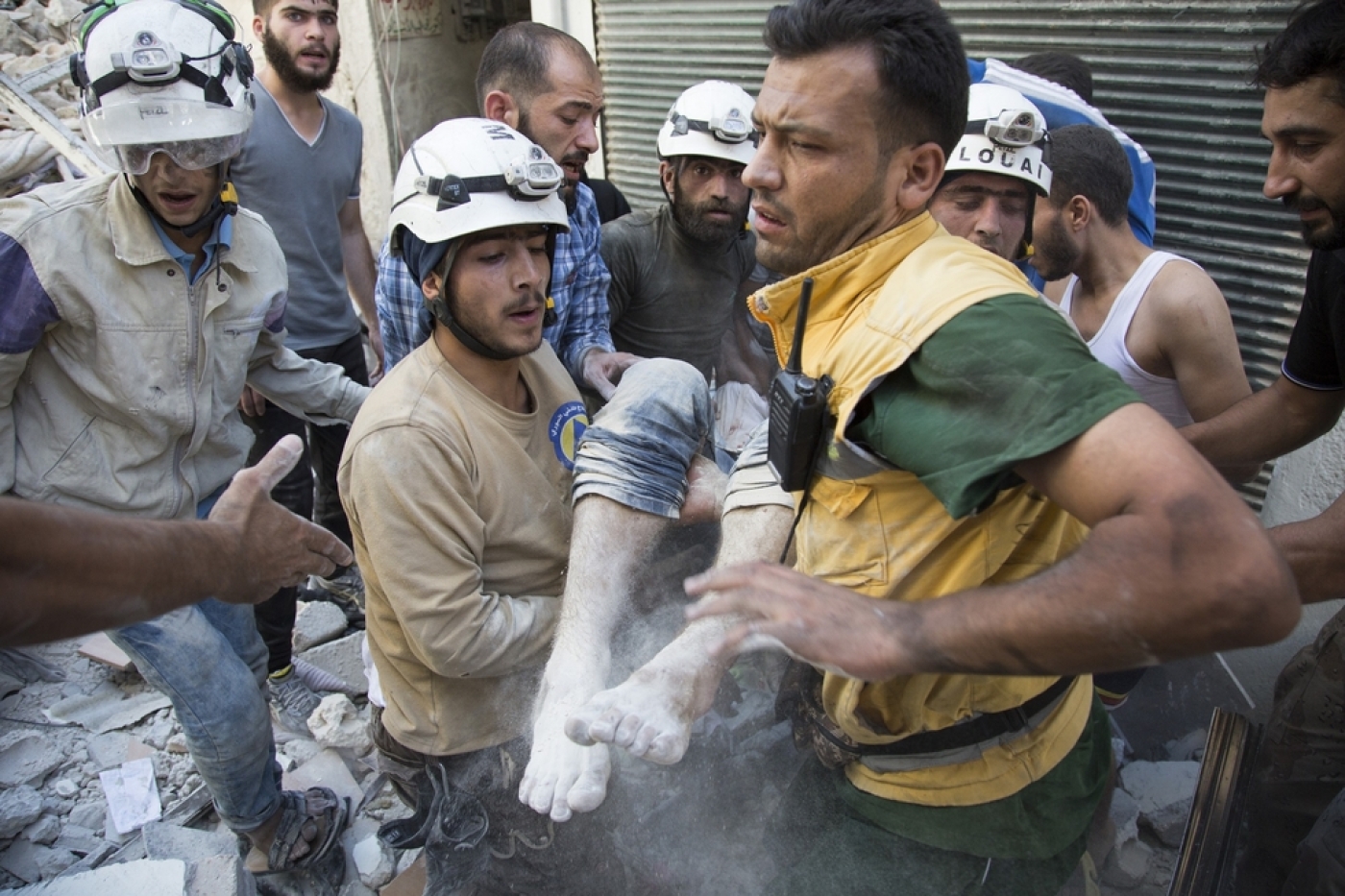 Moscow has slammed the United States and Britain for accusing Russia of "barbarism" and war crimes in Syria as Russian and Syrian warplanes continued their onslaught on rebel-held areas of Aleppo.

"We note the overall unacceptable tone and rhetoric of the representatives of the United Kingdom and the United States, which can damage and harm our relations," Kremlin spokesman Dmitry Peskov said on Monday.

Peskov said that a recent ceasefire in Syria had "little effect", but that Moscow was "not losing the hope and political will to use maximum efforts to reach the point of political settlement in Syria. So far it's been hard."

Moscow and Damascus were repeatedly accused of war crimes at Sunday's emergency meeting of the UN Security Council to demand that Russia rein in its long-standing ally, Syrian President Bashar al-Assad.

“Incendiary munitions, indiscriminate in their reach, are being dropped on to civilian areas so that, yet again, Aleppo is burning. And to cap it all, water supplies, so vital to millions, are now being targeted, depriving water to those most in need.

"In short, it is difficult to deny that Russia is partnering with the Syrian regime to carry out war crimes.”

“It didn’t just last a few seconds, but was followed by a strong shake and the sounds of rocks falling everywhere,” he said about a bombing that took place on Saturday.

“The sound was terrible, it was as if the ground was shaking or there was an earthquake.”

“The Russian and the Israelis and even the Americans allowed the (Assad) regime to seemingly exterminate eastern Aleppo and experimenting with new weapons on us.”

“We have become a weapons testing site and the whole world is watching in silence. No one is doing anything to stop these criminals.”

The US ambassador, Samantha Power, accused Moscow of "barbarism" at the UN meeting, although the White House administration has been heavily criticised for not trying to do more the stop alleged Russian and Syrian government aggression.

“History will not look kindly on UN Security Council members who stay silent in the face of this carnage,” she said.

Rycroft, Power and the French ambassador, Francois Delattre later walked out of the chamber before the Syrian government representative began speaking, in protest at the governments’s bombing campaign.

At least 124 people, mostly civilians, have been killed in the bombardment of rebel-held eastern Aleppo since the army on Thursday announced an operation to take the country's second city, the Syrian Observatory for Human Rights said.

A medical source in rebel-held Aleppo said hospitals were struggling to deal with a huge number of casualties.

"Hospitals that are still in service are under a lot of pressure due to the significant number of wounded in recent days, and the major shortage of blood," the source told AFP. "Because of this, serious injuries are requiring immediate amputations."

Al Jazeera journalist Amr al-Halabi, reporting from Aleppo, said that hospital were overflowing with the dead and wounded.

"Dead people are on the floor of this makeshift hospital," Halabi said. "The situation here is desperate."

With Aleppo back under siege since regime forces again fully surrounded the city in early September, residents were having to deal with food shortages and skyrocketing prices as well as intensifying violence.

Russia's ambassador to the UN, Vitaly Churkin, on Sunday accused Washington of failing to convince armed opposition groups it supports to distance themselves from Jabhat Fateh al-Sham, previously known as the al-Qaeda-linked Nusra Front and abide by a short-lived ceasefire brokered earlier this month by Russia and the United States.

Kremlin spokesman Dmitry Peskov also told reporters that Moscow feared that “terrorists are using a ceasefire to regroup their forces, to replenish their arsenals, for obvious preparations for waging offensives".

"Because there has been no separation of moderates from terrorists, terrorists continue their encroachments, they continue offensives ... Naturally the fight against terrorists is ongoing, it must not be stopped."

Churkin, however, said that reviving the ceasefire was still a goal that Moscow could pursue if it was part of a "collective" effort on all sides.

Aleppo, divided since mid-2012 between government control in the west and rebel control in the east, has seen some of its worst fighting in years over the last week, raising widespread international concern.