Russia, a staunch ally of Assad, has vetoed six Security Council resolutions on Syria since the conflict started in 2011 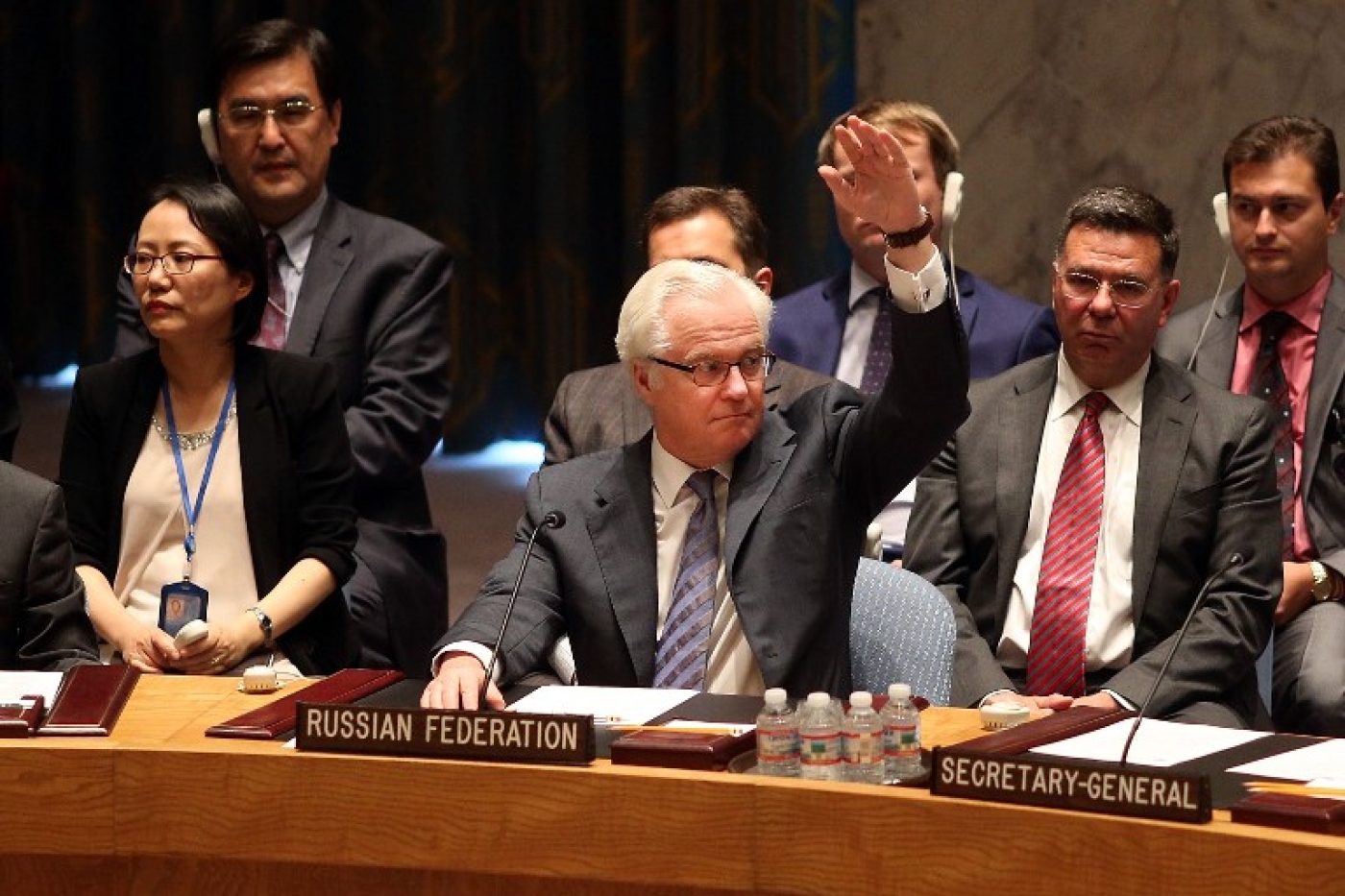 Russia's UN ambassador has said that his country will veto a French-drafted resolution aimed at ensuring that UN officials can monitor evacuations from Aleppo and the protection of civilians who remain, according to Sky News Arabia.

"We cannot allow it to pass because this is a disaster," Ambassador Vitaly Churkin told reporters.

However, he said "there could be another thing which could be adopted today by the Security Council which would accomplish the same goals," without elaborating.

The draft text, which is scheduled to be voted on in a closed-door meeting on Sunday evening, "emphasised that the evacuations of civilians must be voluntary and to final destinations of their choice, and protection must be provided to all civilians who choose or who have been forced to be evacuated and those who opt to remain in their homes".

Before the draft was circulated to the council, Churkin said on Friday: "If it is a sensible initiative and we see it on paper, why not entertain this initiative?"

Russia, an ally of Damascus that has provided military backing to Assad's troops, has vetoed six Security Council resolutions on Syria since the conflict started in 2011. China joined Moscow in vetoing five resolution.

Russia on Sunday circulated a draft resolution to address the humanitarian crisis in Aleppo after warning it was prepared to veto a French-drafted text on deploying UN observers to the Syrian city, diplomats said.

The Russian proposal calls on the United Nations to make "arrangements" to "monitor the condition of civilians remaining in Aleppo" but does not mention the deployment of observers, according to the draft seen by AFP.