Russian and US diplomats meet to discuss Syria 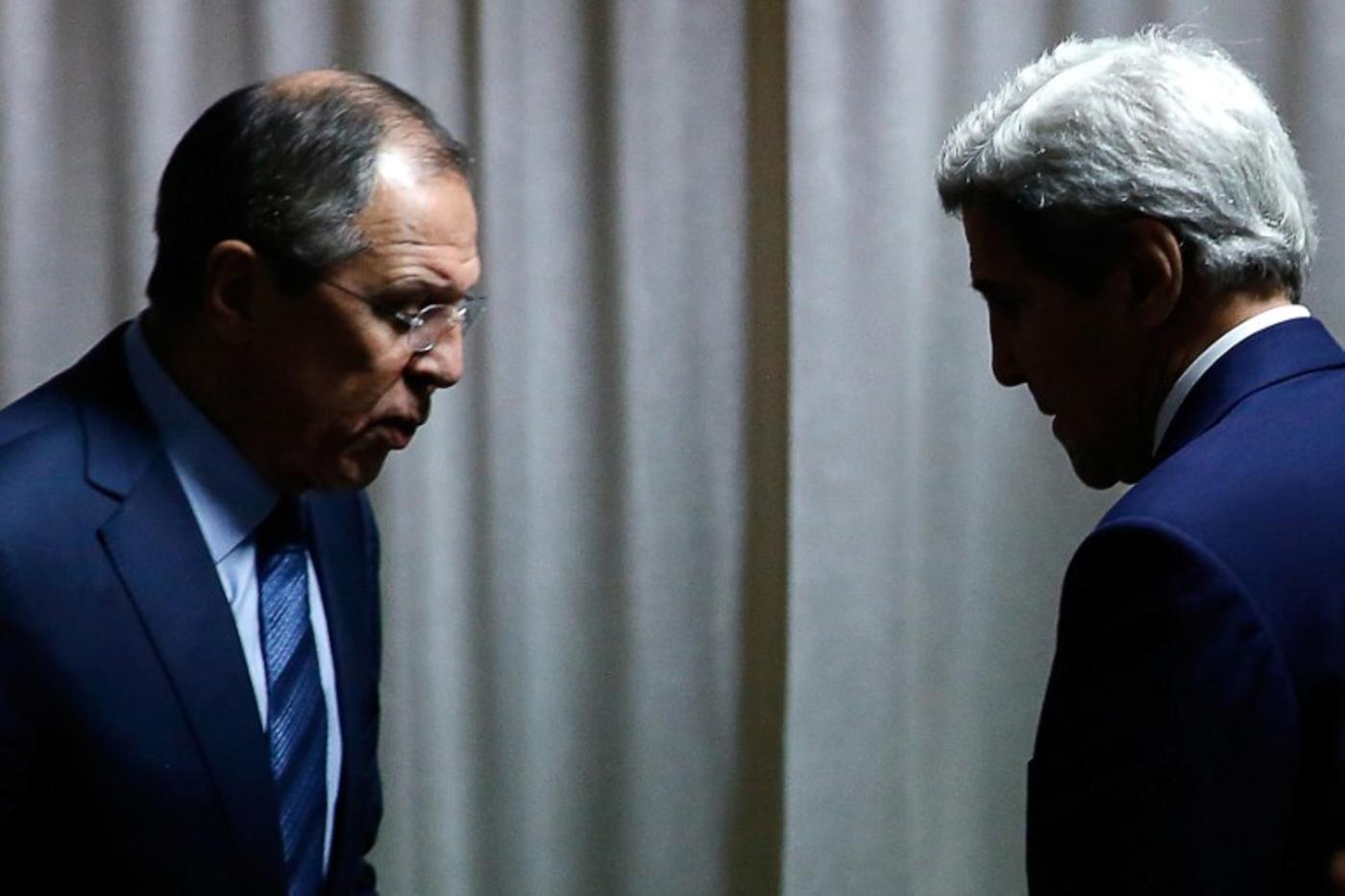 US Secretary of State John Kerry and Russian Foreign Minister Sergei Lavrov met in Geneva on Friday for an expected push towards resuming peace talks for war-ravaged Syria.

The pair sat down in a hotel on the shores of Lake Geneva, launching into talks expected to centre heavily on Syria's devastating conflict.

The UN special envoy for Syria, Staffan de Mistura, on Thursday described the meeting as "important," and said it could help his drive to resume peace talks.

Successive rounds of international negotiations have failed to end a conflict that has killed more than 290,000 people and forced millions from their homes.

Moscow and Washington support opposite sides in the war, which erupted in 2011 after President Bashar al-Assad unleashed a brutal crackdown against a pro-democracy revolt.

In Geneva, Kerry and Lavrov shook hands cordially before the cameras, but did not comment on what they expected from their meeting.

When asked what they thought was the primary impediment to a ceasefire in Syria, Lavrov said: "I don't want to spoil the atmosphere for the negotiations."

Friday's meeting came as the conflict became further complicated by Ankara's decision this week to send tanks into Syria.

Turkey sees the PYD and YPG militia as terror groups bent on carving out an autonomous region in Syria and acting as the Syrian branch of its own outlawed Kurdish PKK.

Ankara's hostility to the YPG also puts it at loggerheads with its NATO ally the United States, which works with the group on the ground in the fight against IS.

The Russian air force has been carrying out air strikes in Syria since September last year, claiming it only targets extremists.

The West and the Syrian opposition have accused it of hitting civilian targets in rebel-held areas - claims that Moscow denies.

But the US and Russia have a common foe in IS, and they have been in contact on efforts to establish military cooperation against the group.

As a possible sign of tightening cooperation, Moscow vowed Thursday to work with the United States on a response after a UN investigation found that the Syrian government had carried out at least two chemical attacks.

The two countries co-chair a UN-backed humanitarian taskforce for Syria, which has been struggling to ensure access for desperately-needed aid across the country.

Aleppo, Syria's second city, has emerged as a top concern for negotiators.

Russia last week gave its blessing to a long-demanded 48-hour pause in fighting in the city to allow in aid, but de Mistura on Thursday accused other unspecified parties of dragging their feet.